A customer got into an argument with a ‘Karen’ who managed a Dairy Queen in New York, where an employee was seen preparing food without a face mask.

Brandon Trotta was at the Dairy Queen drive-thru in Medford, New York, on July 4 with his children when the incident, which he recorded on his phone, took place.

In the video, Trotta can be heard arguing with a woman who is standing in the drive-thru window. She is not wearing a mask, but has gloves on.

New York State reopening guidance mandates that ‘all staff wear face coverings at all times and that they practice hand hygiene and use bare hand barriers consistent with state and local sanitary codes.’ 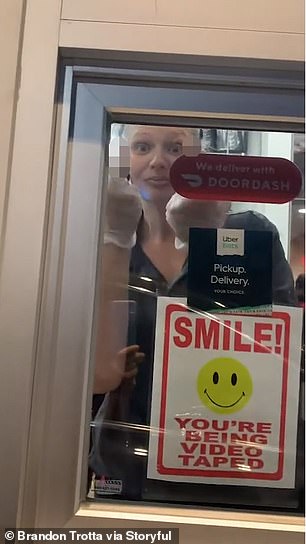 It’s unclear from the video how the confrontation started, but the manager can be heard telling Trotta that he is being ‘videotaped too.’

Trotta then says that the manager is going to curse at him and says she did earlier, apparently prior to the video starting. She replies: ‘You want me to curse at you?’

‘You just did, Karen, Deb, whatever your name is.’

‘Karen?’ she replied, seeming to take offense at the social media nickname given to middle-aged white women who complain about things unnecessarily. ‘No, I’m not a Karen. Do you want me to be a Karen? Because I’ll be a Karen.’

When Trotta asks for his $13 to be refunded, the manager says: ‘Give him his f**king money and get out of here. Don’t come back again, okay?’ 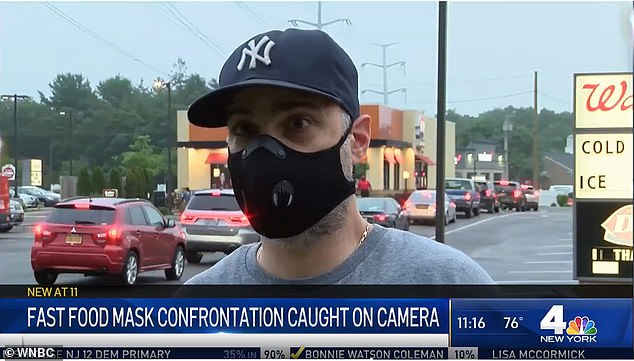 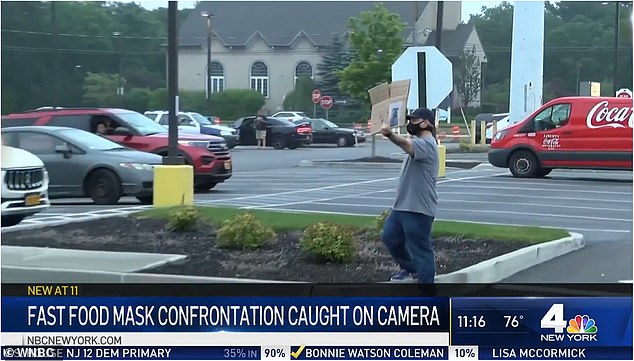 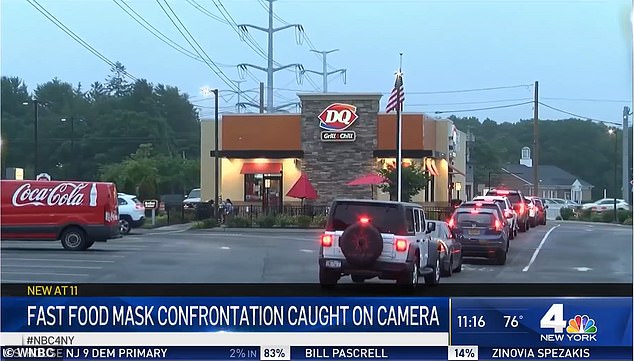 Customers apparently left the drive-thru after seeing Trotta’s message. Police were called to ask Trotter to leave because it’s private property and he was obstructing business 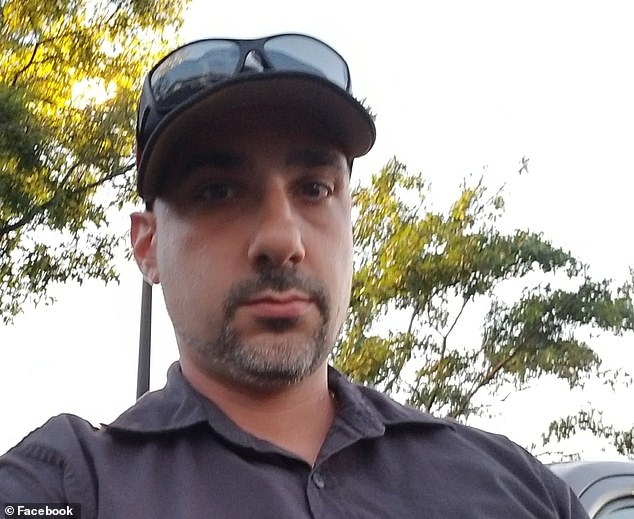 After the incident, Trotta posted the video of the manager on Facebook, tagging the Dairy Queen company and the franchise location

After another employee, who is wearing a mask and gloves, hands Trotta his money, the manager slams the drive-thru window shut.

‘Put your mask on before you get your employees sick, loser,’ Trotta says as the manager waves at him.

Following the incident, Trotta posted the video on Facebook, as he’d told her he would, tagging Dairy Queen and the restaurant’s location in New York’s Long Island.

The company quickly responded, thanking Trotta for bringing the situation to their attention. They said that they had been ‘in contact with the franchise owner of this restaurant who tells us the crew member is on suspension pending an internal investigation, which will be of the crew member’s demeanor and review of mask use to ensure compliance with local government regulations,’ according to the New York Post.

Trotta replied to Dairy Queen’s post, noting that their response was ‘Pathetic’ and highlighted the double middle fingers that was ‘the view my kids and I got as we drove away.’

‘What exactly do you need to investigate??! Fire Deb now!!!’ he wrote.

Dairy Queen then replied again, stating that the franchise owners of the restaurant where the incident occurred had immediately suspended the manager and, following an investigation, had demoted her and was giving her ‘additional training.’

The company said that the location’s employees were also ‘retrained on proper mask use’ and that the franchisee is ‘providing new well-being services to better help their employees manage stress and self-care while working in a COVID-19 environment.’

According to Trotta, the incident began because he had asked for a refund after he saw that a maskless employee had prepared his family’s ice cream.

‘I told the cashier I’m not gonna take those. I asked if he could remake them with a mask,’ Trotta told NBC New York.

‘He brought over the manager on duty who told me she doesn’t need face mask because she’s not dealing with the public.’

Trotta said that he’s ‘more upset’ with the franchise owner for not taking ‘any responsibility yet since it’s a franchise.’

‘People are not wearing masks and it’s very unsafe,’ Trotta told the news station, noting the high number of daily deaths in New York State when it was the center of the coronavirus pandemic in March and April.

Nearly 25,000 people have died from coronavirus throughout the state as a result of catching coronavirus.

Police were called on Trotta on Tuesday. They asked him to leave the Dairy Queen because its private property and he was obstructing business operation.

Trotta later spoke with the franchise owner, who apologized, and said that all employees would wear masks going forward.

‘We recognize that we underestimated the toll operating in a COVID-19 environment is having on our team and our fan experience,’ the franchisee said in a statement obtained by NBC New York.

‘We previously reduced shifts to five hours and raised our hourly rate by $4, and we now realize we need to do more.’

In addition to retraining employees, the franchise will provide them stress management, self-care training, counseling services and emotional fitness coaching.