Odell Beckham Jr. was given a warm Dallas welcome at a Mavericks basketball game – just hours after meeting with Cowboys owner Jerry Jones.

The free agent wide receiver has still yet to decide where he will be signing as the playoff push begins and four weeks remain in the season.

Flanked by Cowboys players Trevon Diggs and Micah Parsons, the crowd at the American Airlines Center began chanting his initials midway through the Mavs’ game against the Phoenix Suns.

Earlier today, Beckham met with Jones to discuss terms and a contract if the receiver decides to take his talents to Texas.

Odell Beckham Jr. was in Dallas at a Mavericks game hours after meeting with the Cowboys 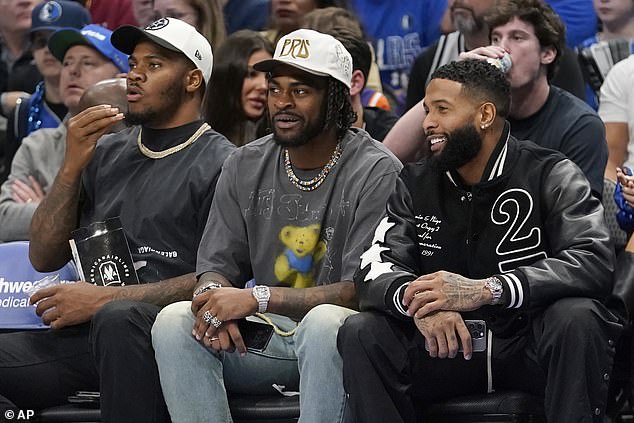 At one point during the game, the three players were walking in the corridors of the arena and were approached by media asking OBJ about his meeting with Jones.

Later, when asked specifically about the meeting, Beckham refused to answer or give details about the negotiations. 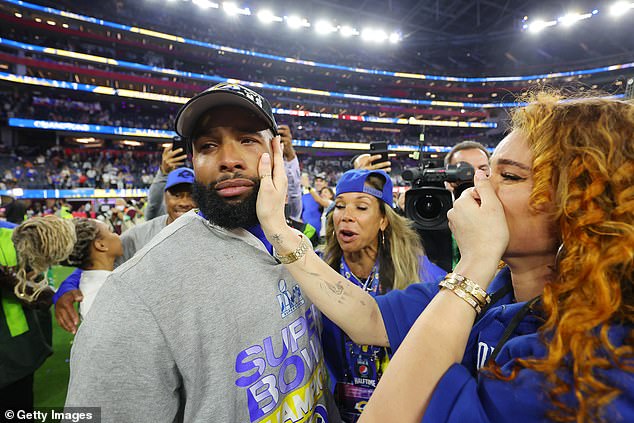 Beckham hasn’t played a snap of football since Super Bowl LVI, which he won with the Rams

Beckham hasn’t played football since Super Bowl LVI, when he caught a touchdown pass before going down with an injury.

His services have been courted by Dallas, as well as the Buffalo Bills and his former team the New York Giants.

Reports from NFL Network’s Ian Rapoport say OBJ will meet with the teams on his list and make a decision by the middle of the week.