The mayor of Dallas announced on Wednesday the passing of a police officer who was wounded in a shooting at a Home Depot on Tuesday, which also injured another officer and a store employee.

According to Mayor Mike Rawlings, officer Rogelio Santander, 27, succumbed to his wounds at Texas Health Presbyterian Hospital shortly after 8am. Santander had been with the police force for three years and is the first Dallas officer to die in the line of duty since 2016.

Another officer, Crystal Almeida, 26, remains in critical condition, as is Scott Painter, 26, a loss-prevention officer for Home Depot who also was shot Tuesday. Both are said to be improving. 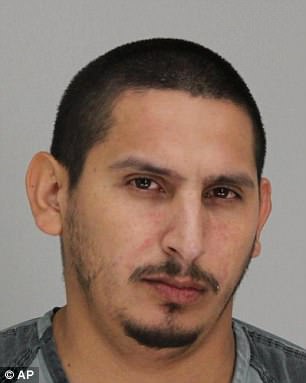 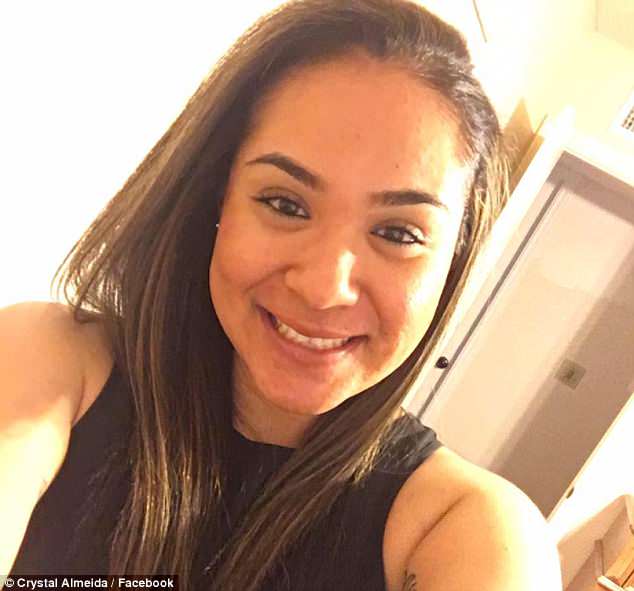 Clinging to life: Officer Crystal Almeida, 26 (pictured) remains in critical condition after the shooting but is said to be improving

Authorities were able to apprehend the suspected gunman, 29-year-old Armando Juarez, just hours after the shooting following a high-speed chase.

A police spokesman previously said said officers Santander and Almeida were called to the Home Depot by the loss prevention officer reporting a possible shoplifter at around 4.30pm on Tuesday.

According to an employee, Mercedes Espinosa, the cops tried to arrest the man before ‘around seven shots’ rang out.

Espinosa then saw the police officers in a ‘pool of blood’, he told CBS News. 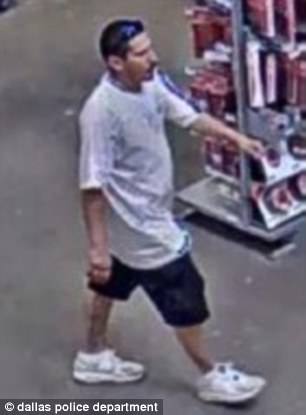 Juarez, 29, is accused of shooting the cops and a loss prevention officer at around 4.30pm on Tuesday in the Home Depot in Dallas, Texas, before fleeing in a white Ford truck. He is seen in a police mug shot released before his arrest, and in store surveillance camera video 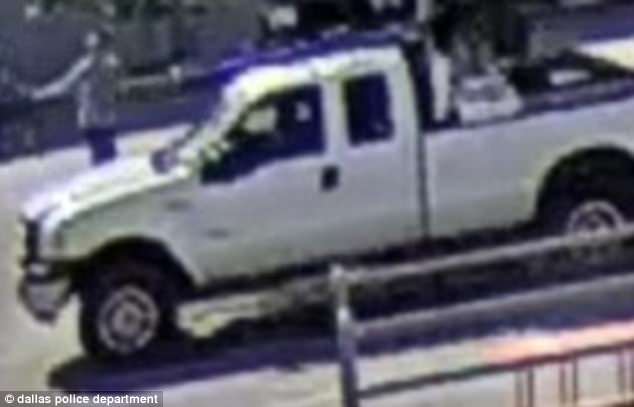 The white Ford truck cops say Juarez used to drive away from the Home Depot in Dallas following the incident. It is seen here in surveillance camera footage released by Dallas PD 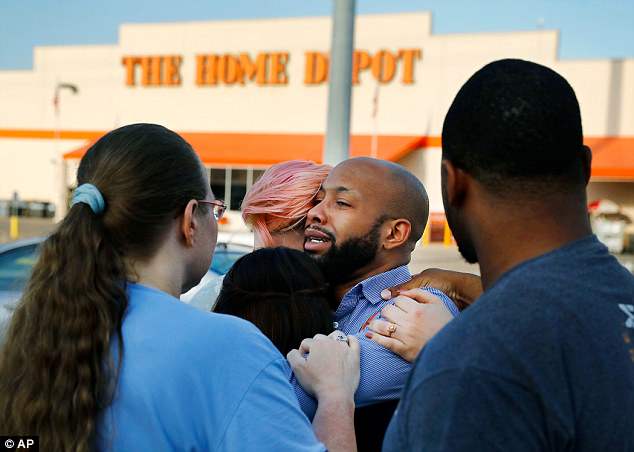 Police quickly named Armando Juarez as a ‘person of interest’ and dispatched a helicopter and sniffer dogs to look for him.

At around 9.30pm Juarez was brought into custody following a high-speed case that ended at the intersection of Lemmon Avenue and Versailles Avenue, just 10 miles away from the scene of the shooting.

The suspect pleaded guilty of stealing a car last November and was still wanted by police on Tuesday for skipping a sentencing hearing in February, according to court records seen by WFAA.com.

His grandmother, Janie Longoria, told NBC 5 she ‘backed the blue’ before adding, ‘I couldn’t believe that one of my family could have done that’.

Longoria added that Armando is a ‘sweet, lovable person,’ but that his friends are a bad influence. 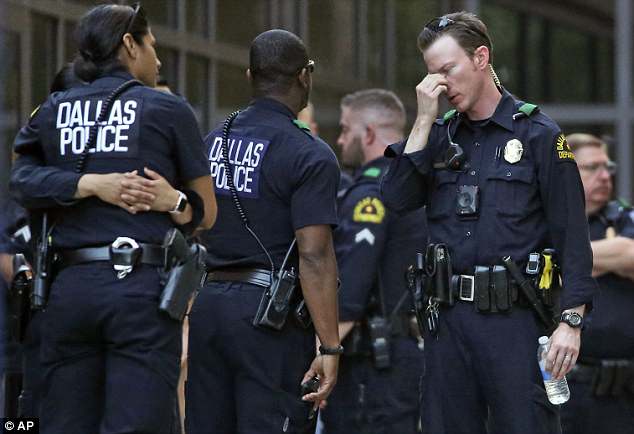 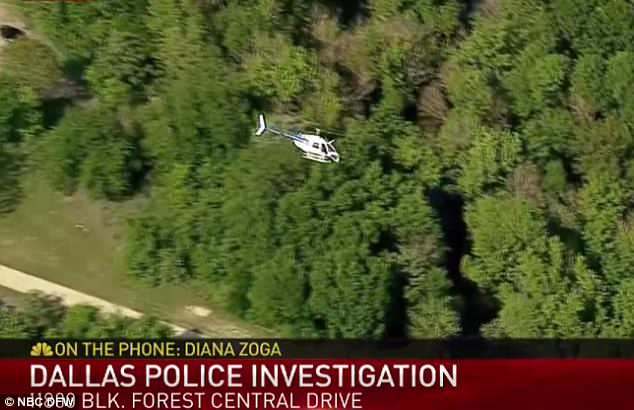 Dallas cops are using a helicopter to search for the shooting suspect, who has now been taken into custody

Ruben Juarez, the suspected cop killer’s father, told The Dallas Morning News, ‘there’s no way … [he] could’ve done this,’ and that he doesn’t think his son even owns a gun.

Governor Gregg Abbot tweeted shortly after the shootings: ‘Our thoughts and prayers are with @DallasPD and the two officers shot and critically wounded.

‘Texas honors all the men and women who protect and serve our communities, and justice will be served.’

The Home Depot is off the 11600 block of Forest Central Drive in Dallas’ northern suburbs.

The Assist the Officer Foundation has opened a fund to help Dallas police officers. Governor Gregg Abbot tweeted: ‘Our thoughts and prayers are with @DallasPD and the two officers shot and critically wounded’

Dallas Police Department tweeted to confirm two officers and a civilian were injured. NBC DFW later quoted ‘multiple sources’ saying one of the officers had died