Sickening video footage has emerged of the moment a mentally ill man took his last breaths while being held down by Dallas cops after calling 911 for help.

Tony Timpa, 32, died in 2016 while being held on the ground by police officers in the street. He had called 911 and told the operator that he was not only off his medication but had taken drugs and needed help.

When police got to him, he had been put in plastic arm restraints by private security guards and was behaving erratically on the ground.

The cops then put him in traditional handcuffs and flipped him onto his front, placing a knee on his back, to try to ‘calm him down’.

They then joked and laughed for six minutes, mimicking him and laughing about a ‘cocktail’ of sedatives he would receive in a mental health facility while he slowly lost consciousness.

When he stopped responding to them, they panicked and asked each other: ‘What the f**k? He didn’t just die down there, did he?’

By the time paramedics got to the scene and they had put him in a gurney, 14 minutes after restraining him, Timpa was dead. The footage emerged on Wednesday after a years-long legal battle by Dallas News for it to be released. 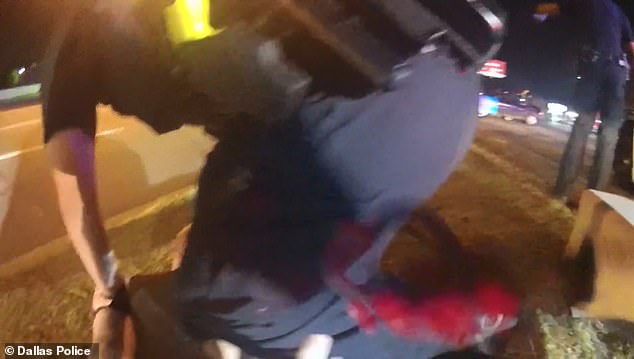 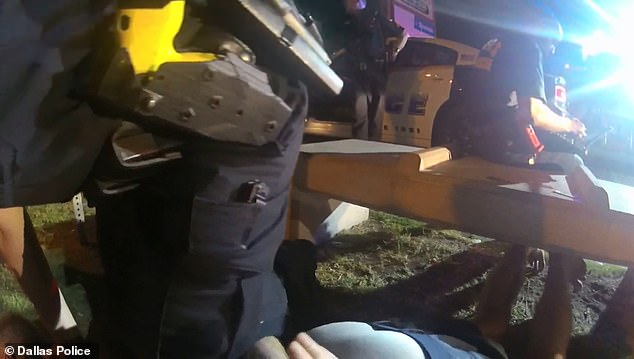 The officers joked and laughed for six minutes, mimicking Timpa and snickering about a ‘cocktail’ of sedatives he would receive in a mental health facility as he lost consciousness

It shows how the paramedic who treated Timpa told the officers: ‘He’s dead’ as one stood, claiming to have spoken to his mother.

The officers –  were charged with misdemeanors after Timpa’s death.

The Dallas County Medical Examiner ruled the death a homicide and said he died of cardiac arrest caused by the toxic effects of cocaine and stress from physical restraint.

Despite the ruling, the officers were charged with misdemeanor deadly conduct.

The officers – Kevin Mansell, Danny Vasquez and Dustin Dillard – were charged with misdemeanor deadly conduct by a grand jury but prosecutors dismissed the case.

Now, Timpa’s family is seeking a settlement in civil court. 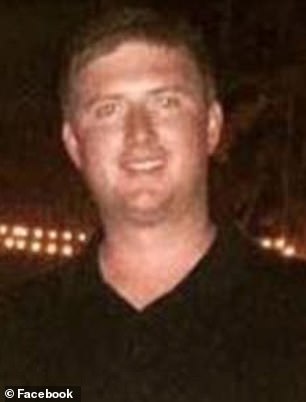 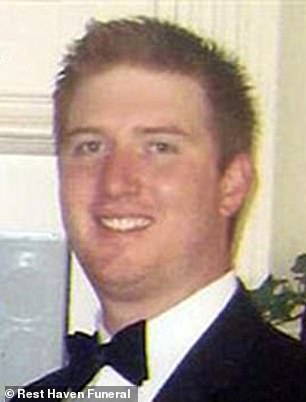 The Dallas County Medical Examiner ruled Timpa’s death a homicide and said he died of cardiac arrest caused by the toxic effects of cocaine and stress from physical restraint. The 32-year-old’s family is fighting in civil court to hold the officers responsible for his death

The cops laughed it off, told him to stay calm and giggled.

They then flipped him onto his torso, pushing his face into the grass, and one of the cops put his knee onto his back.

They laughed: ‘What have you taken Tony?’ 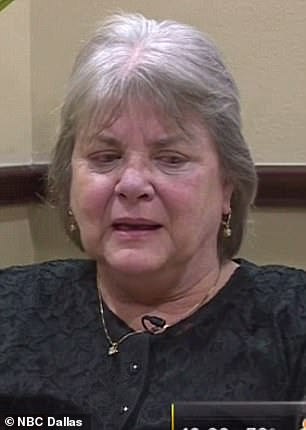 Once he had lost consciousness, they tried to wake him up by jostling at him and laughing: ‘Wake up Tony, time to get up for school.’

A cop in the background then mimicked a child, replying: ‘I don’t wanna go to school.’

They then laughed about the ‘cocktail’ he might receive at a local mental health facility.

When they realized he was unresponsive, their tone became more serious but they kept him on the ground, holding him down.

An emergency worker then approached and gave him a sedative.

By the time they hoisted him onto a gurney, after 14 minutes on the ground, he was dead.

The officers began to panic, noticing that he was unresponsive.

‘He’s not breathing,’ one of the paramedics said from the ambulance.

In the background, a different officer chimed in: ‘I’ve got his mom on the phone and she knows all this stuff.’

The paramedic then pointed to him and said: ‘He’s dead.’

The police force fought to keep the video secret for years, claiming it would interfere with ongoing lawsuits and criminal cases if it became public. 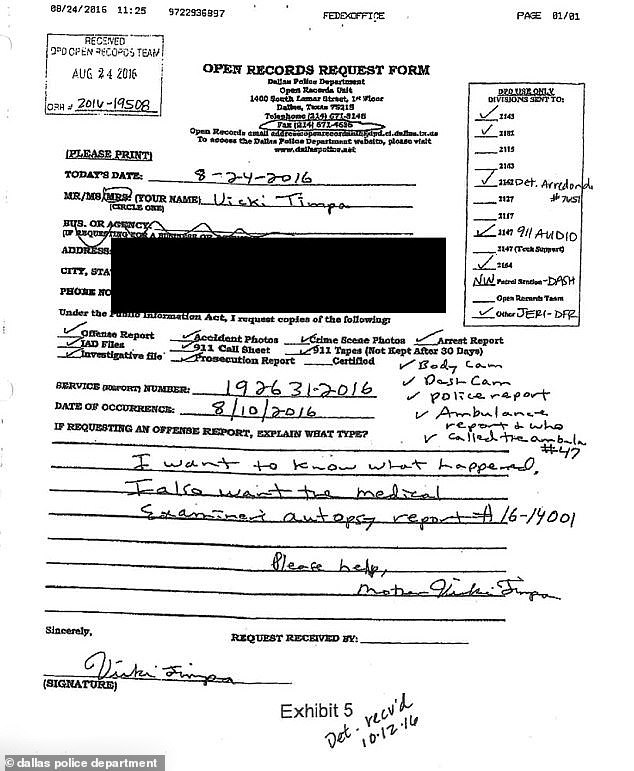 The Dallas Police Department fought to keep video of the incident under wraps for years, claiming it would interfere with ongoing lawsuits and criminal cases if it became public 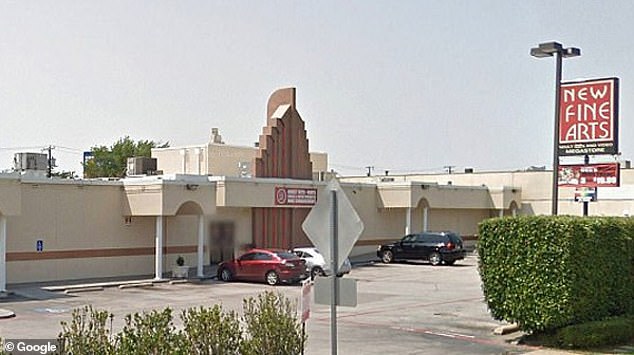