The NRL’s night of nights is upon us and as to be expected, the wives and girlfriends of the nation’s football stars have delivered a sensational sartorial display.

And while many of the guests stunned as they arrived at the Overseas Passenger Terminal for the Dally M medal, others captured the attention of onlookers for all the wrong reasons.

From Terry Biviano’s marabou-feathered floor length gown to Rachel Thaiday’s bizarre take on the jumpsuit, here FEMAIL looks at the most daring, outrageous and racy looks sure to have style commentators talking for months to come. 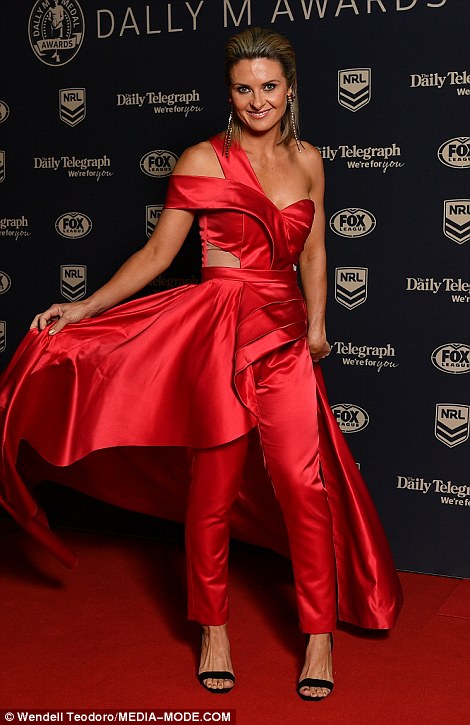 Nicole Slater, the wife Billy Slater, made a very dramatic entrance on the red carpet in a rather garishly patterned floor-length gown.

While the dress itself was beautifully constructed, a clashing colour scheme detracted from it making an elegant and interesting statement.

Opting to make less of an entrance was Grace Buhrer, who stepped out wearing a coral-coloured dress that did little to make any sort of sartorial statement.

An excess of fabric formed a peplum-draped skirt which opened to an unflattering split at the knee. Her bustier was also slightly too small for her ample cleavage. 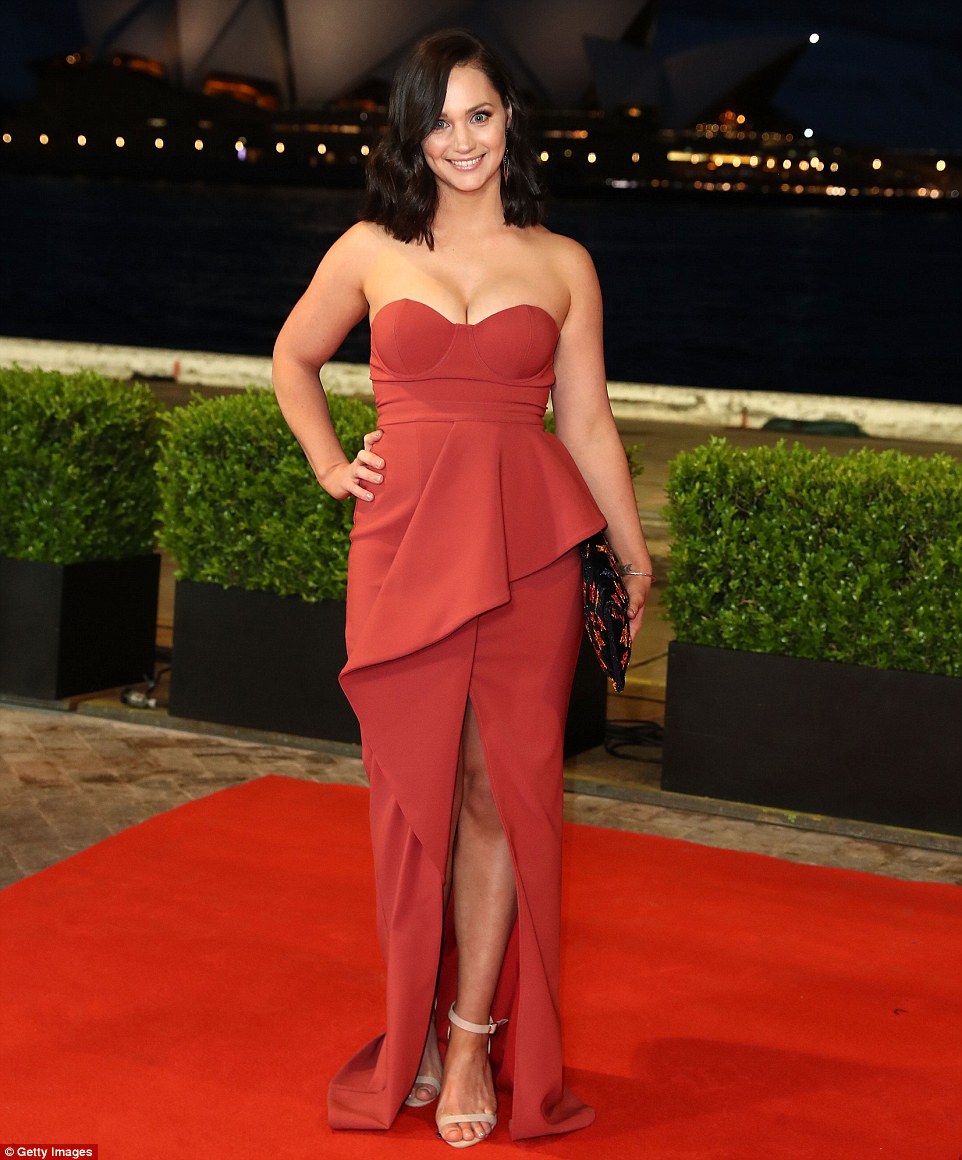 Opting to make less of an entrance was Grace Buhrer (pictured), who stepped out wearing a coral-coloured dress that did little to make any sort of sartorial statement

Offering a bizarre take on the jumpsuit trend was Rachel Thaiday, wife of Bronco’s star Sam Thaiday, who arrived wearing a red satin ensemble that completely swamped her.

While this outfit may have all the elements of a fashion-forward look, it failed to hit the mark on a number of fronts. Off-the-shoulder detailing and side cutouts only added to a general sense of confusion.

Instead of choosing to make a dramatic statement as would be expected on this night of nights, Fox Sports presenter Megan Barnard played it safe opting for a blush pink floor-length sleeveless gown.

Although the dress itself had the makings of a a potential winner, the colour did nothing for the presenter and the gown’s column shape did little to emphasise her physique. 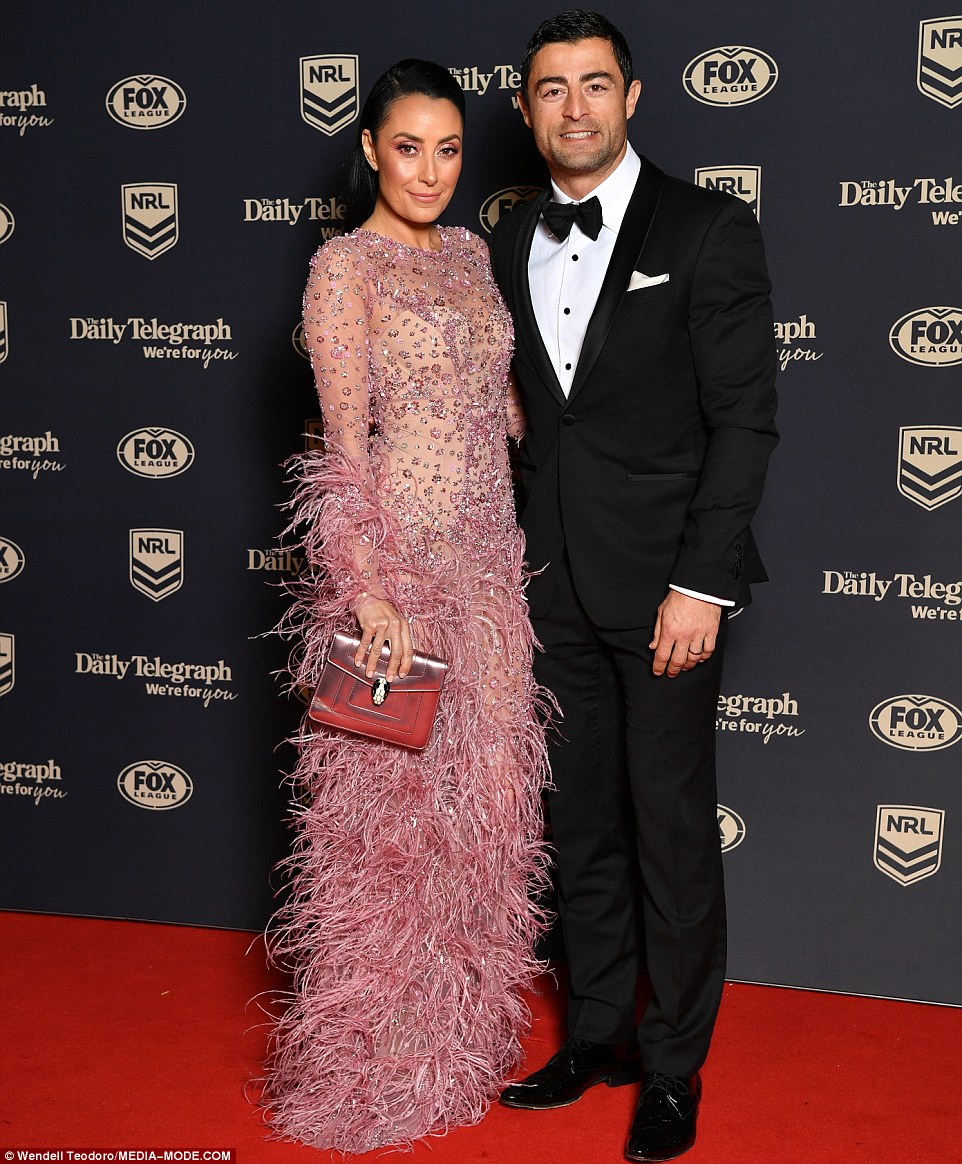 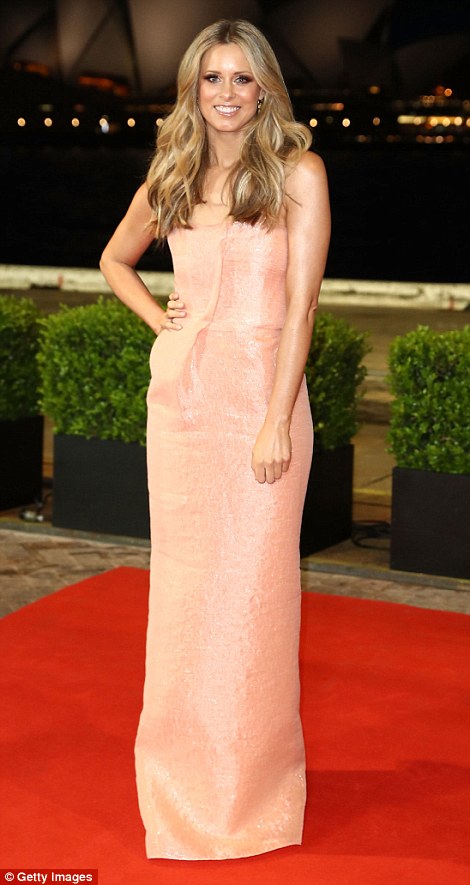 While a sequin-embellished bodice added a touch of glamour the lower half of her dress was rather oddly shrouded by an excess of marabou feathers.

Samantha Lynch’s black and silver floor-length dress was a dazzling offering, however, an excess of detailing detracted from the overall elegance of her look.

A visible bra strap which could be clearly seen through a sheer shoulder panel also let her outfit down. 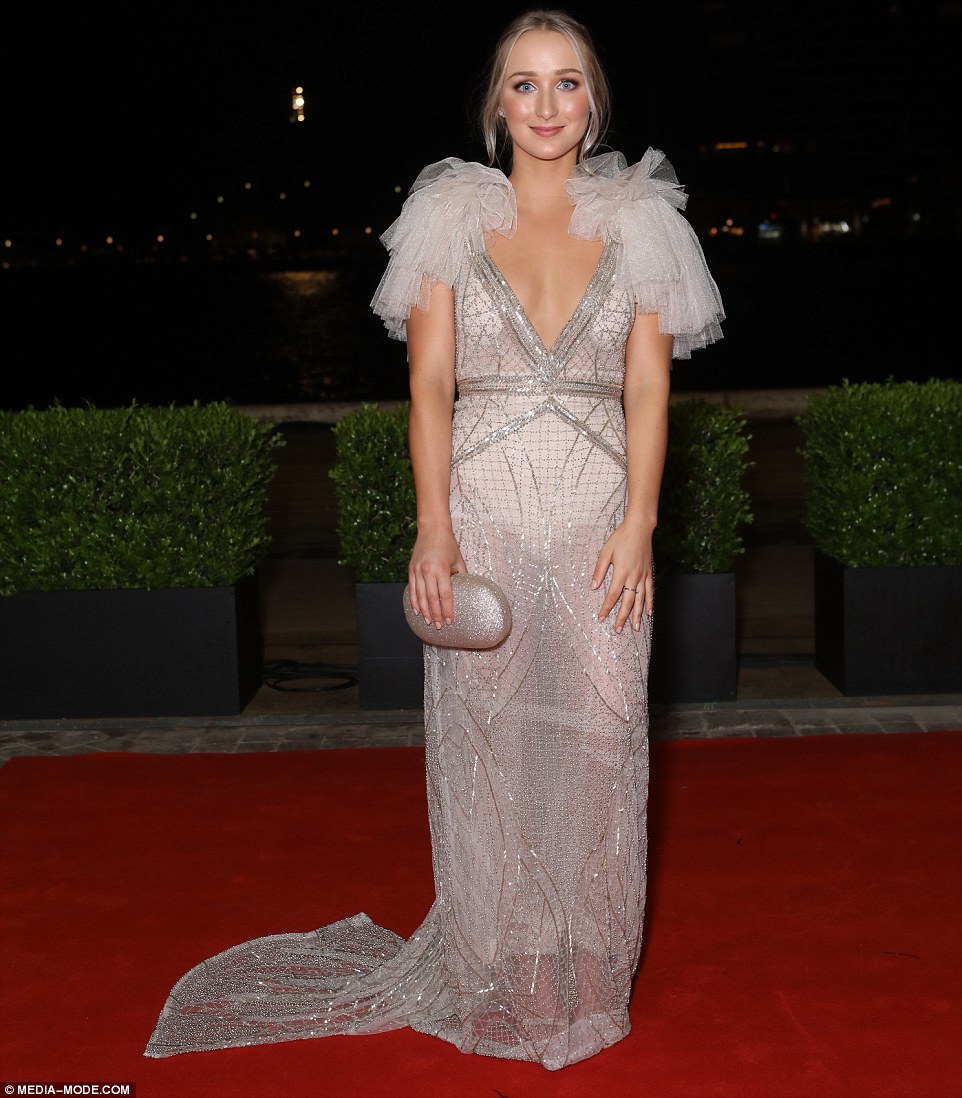 Bolder accessories such as an oversized clutch or statement shoes would have given her outfit some much-needed pizzazz.

And while her spectacular curves were on show, the tulle embellishment on her shoulders swamped her petite frame.

Although the sheer dress was lined, this appeared to fall a little short and didn’t appear to quite cover her modesty.

Off-the-shoulder detailing added an unexpected element of interest, however a billowing cape did little to flatter her figure.

And while her dress was so close to hitting the mark, the bizarre non-sheer panel in a similarly textured fabric to her gown gave her stomach the appearance of being untoned.

If this detail had been dispensed with entirely, her ensemble would have been absolutely stunning.