Dame Deborah James told of her pride yesterday as her new book topped Amazon’s bestsellers chart just 24 hours after it was announced.

The cancer campaigner, known as the Bowel Babe, wrote on Instagram: ‘I’m blown away and utterly grateful by the response… and the sheer numbers of you who have kindly ordered it.’

Dame Deborah, 40, who is receiving end-of-life care for stage four bowel cancer, said she was ‘gutted’ she will not live to see her second book published on August 18.

James’s book, which is out in August, overtook Richard Osman’s mystery novel on Amazon 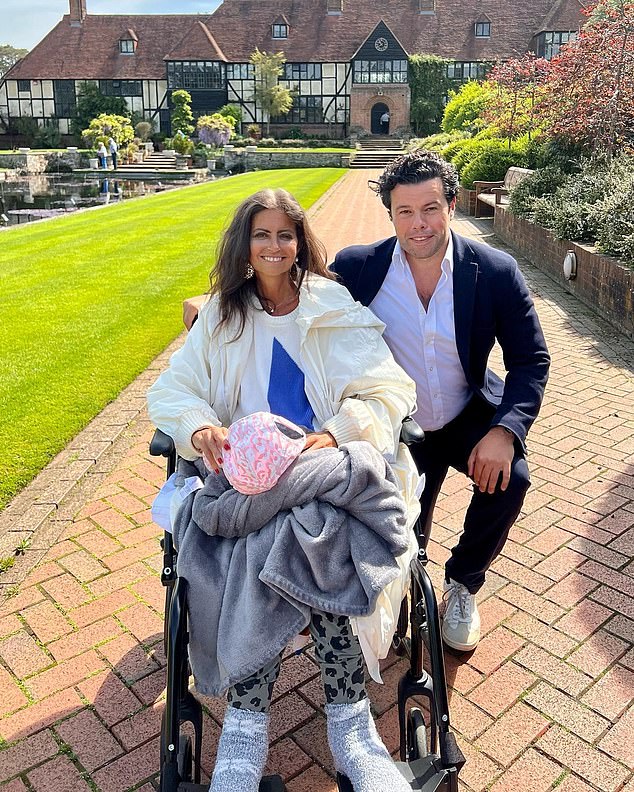 How To Live When You Could Be Dead has now overtaken Richard Osman’s blockbuster mystery novel The Man Who Died Twice on Amazon’s chart through pre-orders alone.

For every edition sold in the UK, £3 will go to Dame Deborah’s Bowelbabe Fund for Cancer Research UK.

Donations have soared past £6.3million following the news that Dame Deborah has entered hospice care.

Yesterday Deborah was ‘whisked off’ to RHS Garden Wisley, in Surrey, this morning by Sebastien, her husband of 14 years.

‘Seb is an utter rock for me and together we seem to be able to squeeze our hands, swallow the tears and laugh instead,’ she wrote, sharing a photo from the outing on Instagram.

The couple, who have been married since July 2008, and share son Hugo, 14, and daughter, Eloise, 12, were in the midst of divorce proceedings in 2016, before rekindling their relationship a month before Deborah’s diagnosis of incurable bowel cancer. He has stood by her side ever since.