The Victorian government has formally apologised to songman and storyteller Archie Roach at his state memorial service in Melbourne.

The Gunditjmara-Bundjalung elder died in July at the age of 66 after a long illness.

For many years Uncle Archie performed with his partner in life and music, the late Ruby Hunter, and he was inducted into the ARIA hall of fame in 2020 having won eight ARIA awards.

Premier Daniel Andrews apologised to Uncle Archie for his forced removal from his family at the age of two, an act that took him away from his country, culture, community and language.

Past government policies and laws had caused immense pain, suffering and despair for Uncle Archie, the premier said.

‘We apologise for the extreme inhumane acts committed against you, the torture, the unspeakable hurt and the intergenerational trauma that you and your family continue to experience,’ Mr Andrews said on Thursday.

In a tribute, Uncle Graham ‘Bootsie’ Thorpe remembered his old friend and the time they spent together in Fitzroy in the 1970s.

‘Archie and Ruby, they were each other’s backbone and heartbeat, and I think they inspired many of the younger generation today with their music,’ he said.

‘Archie wasn’t much of a talker, more of a listener, but he expressed himself with the songs that he sang. If you listen to them properly you will start crying, because they are real.’

Uncle Archie’s cancer specialist, Associate Professor Lou Irving, described how in his later years the musician would summon the strength to come out of intensive care to perform onstage. 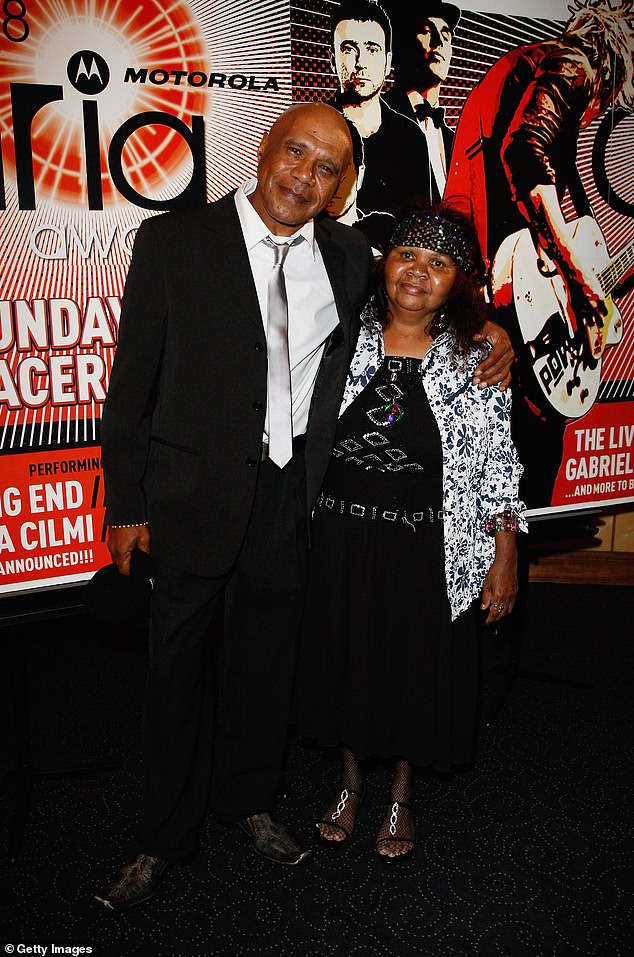 ‘He’d sit in a chair with a guitar and an energy came from somewhere … a superhuman effort to be able to spread the word, his vision for a better Australia,’ he said.

Among the Australian music greats who performed in his honour, Paul Kelly and Fred Leone performed Charcoal Lane, Radical Son sang an emotional rendition of Walking Into Doors accompanied by David Bridie, and Dan Sultan performed Move It On. 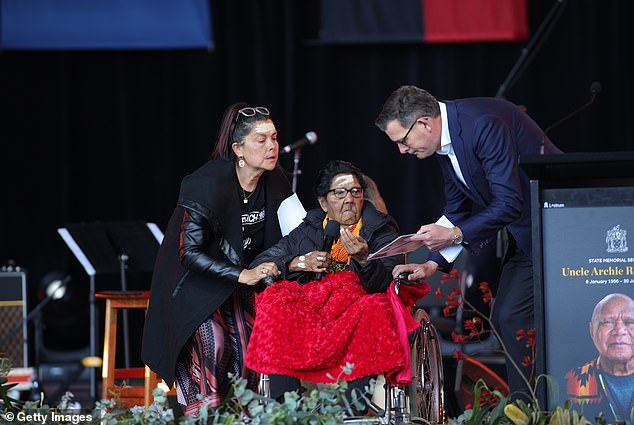 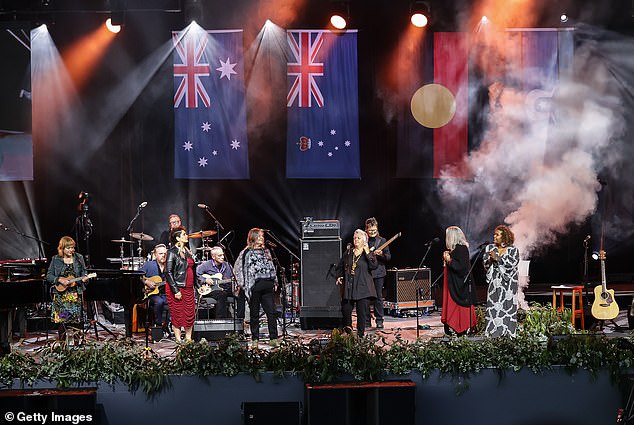 Uncle Kutcha Edwards sang Took the Children Away with Uncle Archie’s son Amos Roach, the 1990 debut single that reflected Uncle Archie’s experience as a member of the stolen generation.

Shane Howard and Goanna Band did a soulful rendition of Liyarn Ngarn, Uncle Archie’s song that accompanied the 2007 documentary of the same name.

‘I feel his spirit so strong here tonight with everyone here … he took all that pain, all that suffering and he turned it into powerful art and healing, and he carried it all on his broad shoulders,’ Shane Howard said. 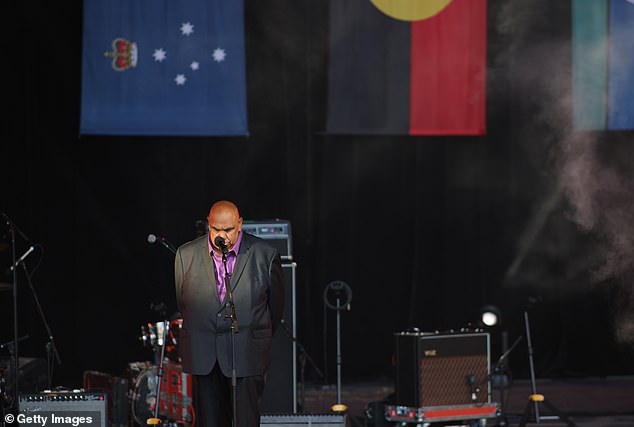 Uncle Kutcha Edwards (pictured) sang a revised version of the Australian National Anthem on December 15, 2022 at a State Memorial Service held to celebrate the life and music of Archie Roach 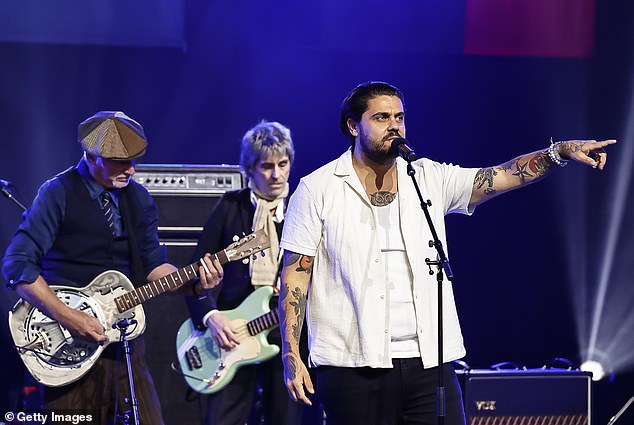