‘This is a huge opportunity for me’: Dan Ashworth confirms exit from the FA as he prepares to become Brighton’s first ever technical director

By Matt Lawton For Mailonline

Dan Ashworth has decided to leave his position as the technical director at the Football Association to return to club football with Brighton and Hove Albion.

Sportsmail revealed Brighton’s interest back in July despite denials from the Football Association, senior members of the Brighton hierarchy and Ashworth himself.

Indeed even a few days ago the FA were denying any knowledge that Brighton had made an official approach for a man now being credited with the success being enjoyed by the England senior and junior teams.

In a statement released this morning, Ashworth confirmed on the Brighton website that is indeed leaving to take on a role that will be regarded by many as an unusual step given the profile of his current role.

‘I am delighted to be joining Brighton & Hove Albion, one of the country’s most progressive clubs. This is a huge opportunity for me and I have taken a lot of time to talk to Tony Bloom, Paul Barber and Chris Hughton before making the decision to make the move.

‘I have thoroughly enjoyed my time at The Football Association, and I’d like to take this opportunity to thank the chairman Greg Clarke, CEO Martin Glenn, England managers Gareth Southgate and Phil Neville, as well as the coaches and staff at all levels who have supported me so well.

‘The success we have had with our national teams is down to careful planning and high performance from the players, but also the hard work and professionalism of a lot of people over a sustained period of time, and of course the relationship we have had with the clubs, the leagues and the National Game. It’s been an honour and great pleasure to serve my country in the past half-decade.’

Ashworth joined the FA in 2012, initially as director of elite development before becoming technical director three years later. He unveiled his blueprint for success at international level with his ‘England DNA’ project.

The 47-year-old did come under fire for his part in the Mark Sampson controversy, which include a grilling by a parliamentary committee. 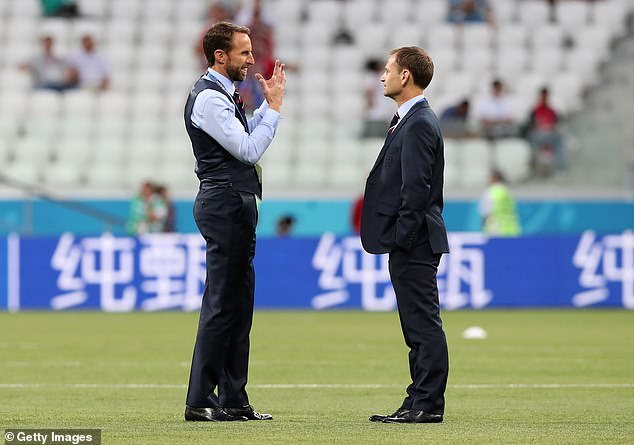 But any reputational damage Ashworth suffered was to a large extent repaired by the performance of the national sides, with the success enjoyed by Gareth Southgate’s senior team at the World Cup in Russia following victory for the men’s under-17s and under-20s in their respective World Cups and a European triumph for the under-19s.

Ashworth hinted in the summer that a return to club football appealed.

‘I’ve been here five and a half years,’ he said. ‘I loved my time in club football and at some stage I’m sure I will go back – either when they get sick and bored of me here or when there is another opportunity.’