Dan Bilzerian gets Armenian citizenship and registers for military service

Instagram star and professional poker player Dan Bilzerian has become an Armenian citizen, and registered for military service in that country as required by law.

Bilzerian, an American of Armenian descent, arrived in Yerevan, Armenia on Monday, and along with his brother took part in a naturalization ceremony.

After the ceremony, Blizerian received a copy of the Constitution of the Republic of Armenia with ‘great enthusiasm’, according to a statement from Mnatsakan Bichakhchyan, head of the passport and visa department of the Armenian Police.

Bilzerian, who has gained some 24 million Instagram photos with his frequent posts of guns, scantily clad women, cars and marijuana, celebrated by ‘training’ with Armenian soldiers.

Blizerian is seen receiving a copy of the Constitution of the Republic of Armenia after becoming a naturalized citizen of that country on Monday. His father Paul is seen right 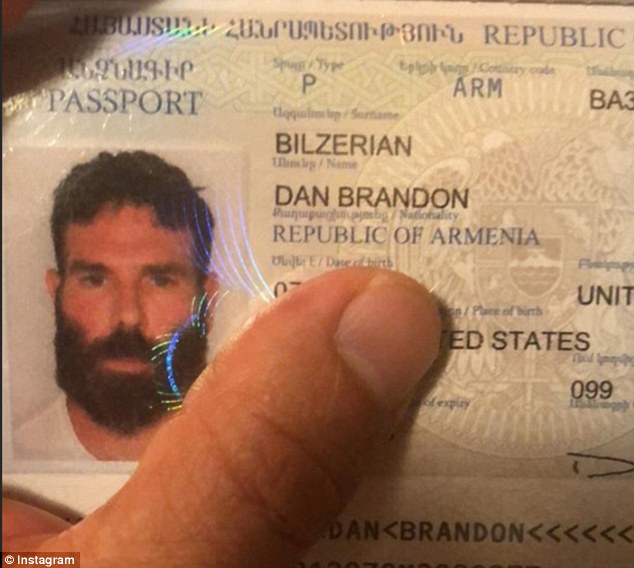 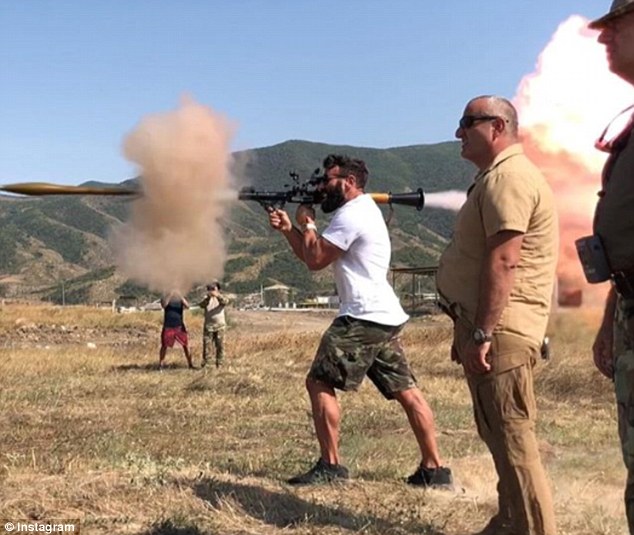 Video from his trip shows him firing various heavy machine guns and flying in what appears to be a military helicopter.

It is unclear whether Bilzerian, 37, will actually join the Armenian military. A post on Twitter said he was planning to fly to Thailand imminently.

All male citizens of Armenia are required to perform national service or face criminal prosecution.

However an exemption applies to those older than 27, allowing them to pay a fine of 3.6 million Armenian Dram if they have not completed service by that age. The fine is the equivalent of about $7,480.

Bilzerian courted controversy last year when he posted video of himself in the immediate aftermath of the Las Vegas concert shooting in October. 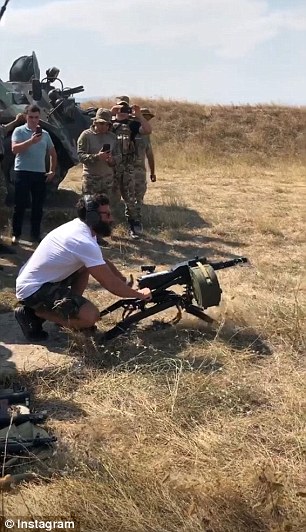 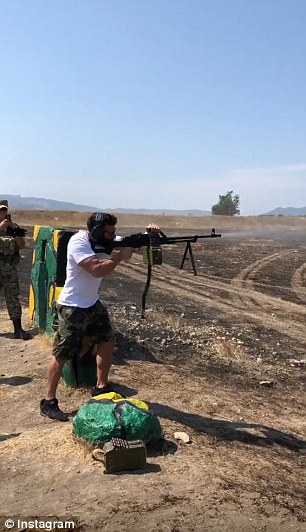 The video showed him fleeing the Route 91 Harvest Festival, where he claimed he had seen a girl ‘shot in the head’.

When critics accused him of being a coward for running, he posted a bizarre video of himself begging a police officer for a gun in the aftermath of the shooting, in which 58 died.

Bilzerian shows the officer his gun licence, but the cop tells him to go away as bursts of automatic gunfire go off in the distance.

The policeman, who is crouching behind a barrier, shouts: ‘No, get the f*** away from me right now, I don’t know who the f*** you are.’

An online dispute over the incident resulted in Dakota Meyer, the ex-husband of Bristol Palin, challenging Bilzerian to a fist fight.

It is unclear whether the fight ever took place.