The glamorous Dutch horse trainer accused of being the secret mistress of best-selling author Da Vinci Code by his furious ex-wife has broken her silence to say: ‘This is a private matter between Dan and Blythe’.

Dressage rider Judith Pietersen is said to have had an affair with the Da Vinci Code writer which contributed to the demise of his 21-year marriage to Blythe Brown.

The brunette in her 20s, who met the couple in 2013 when she flew from Holland to the US to train their horses, has been flung into the spotlight by the American couple’s very public legal dispute this week.

However, she said she is not becoming embroiled in the bitter dispute and told MailOnline: ‘This is a private matter between Dan Brown and Blythe Brown.

‘It’s not up to me but rather the judge in America to comment. I’m not a party in this lawsuit and I would appreciate that my privacy be respected.’

The author and his wife Blythe Brown (pictured together at the Cannes Film Festival in 2006), split last year after 21 years with Brown accused of behaving ‘wrongfully and blatantly’ and lying about extramarital affairs 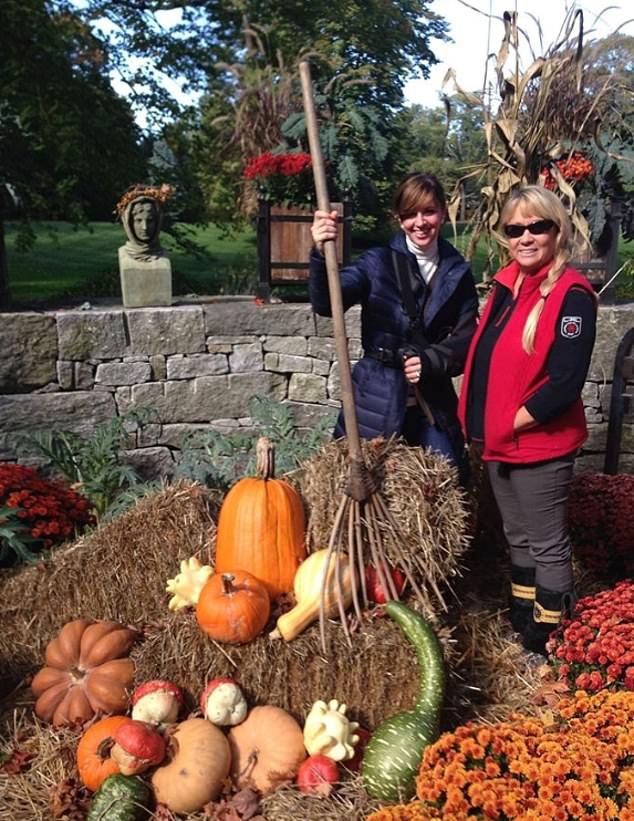 Miss Pietersen was described in US court papers as the ‘young horse trainer from Holland’ and given the initials JP but was soon identified.

The Frisian horse expert is said to have received lavish gifts from the 56-year-old thriller writer who is a huge fan of equestrianism.

Brown is accused by his ex-wife of having donated horses, a two-horse transport truck and a car to Miss Pietersen, and financed her training stable.

He is also said to have paid for renovations to the woman’s apartment in Holland.

She now lives in a converted barn in the town of Voorst, 60 miles east of Amsterdam, and runs a stables nearby which she visits twice a day. 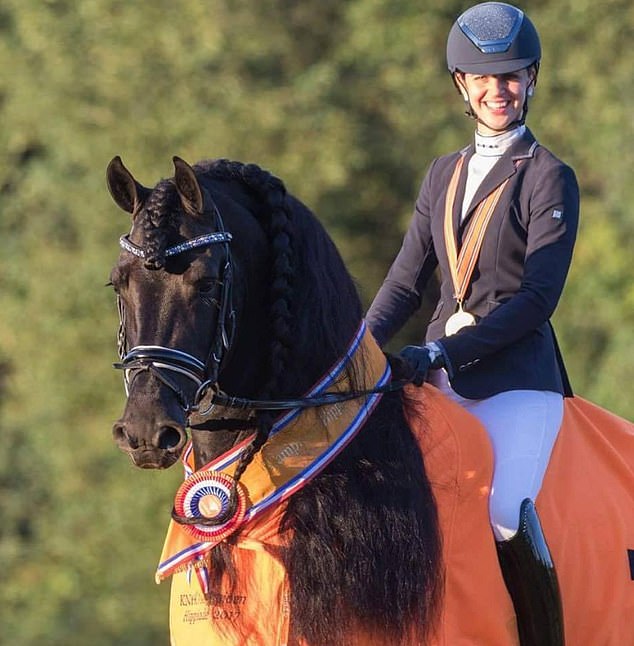 Brown is accused by his ex-wife of having donated horses, a two-horse transport truck and a car to Miss Pietersen, and financed her training stable 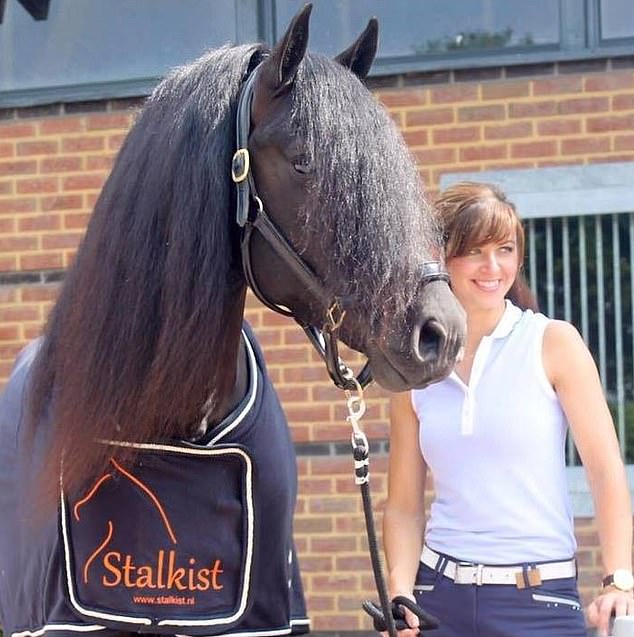 Mrs Brown’s marriage ended in August 2018 when she reluctantly moved out of their ‘marital dream home’ in Rye Beach, New Hampshire.

She had agreed to Mr Brown’s request for a quiet and quick settlement and they agreed to divide their ‘purported’ marital assets.

After the divorce was finalised in December 2019, the claims about Mr Brown’s ‘secret double life and fraudulent representations relating to their marital assets and his misconduct’ came to light.

Mrs Brown alleges that for many years he was secretly having an affair with the champion equestrian, among other women.

Miss Pietersen had been hired in late 2013 to help train the Browns’ Friesian horse, Daniel de G at their home in New Hampshire.

According to the lawsuit, she became a ‘friend and confidante’ of Mrs Brown, who even invited her to attend the 50th birthday party she threw for her husband.

While recuperating from the surgery at the Brown’s home, the trainer and the author began their affair, it is claimed. 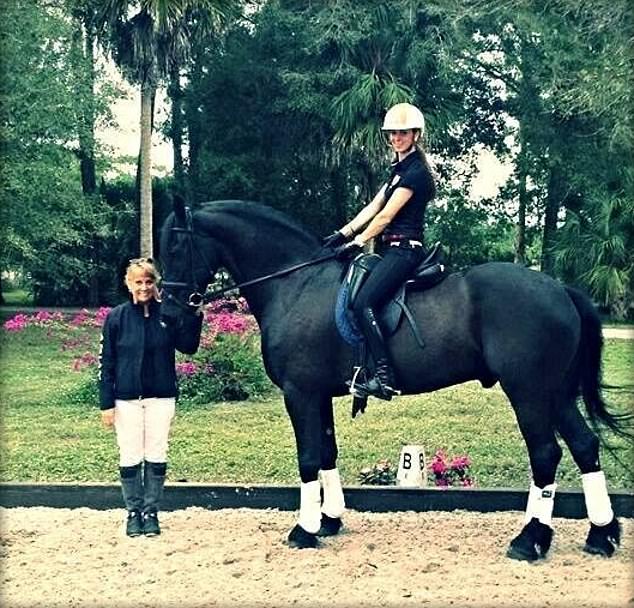 The Frisian horse expert, who lives in Apeldoorn an hour from Amsterdam, is said to have received lavish gifts from the 56-year-old thriller writer who is a huge fan of equestrianism 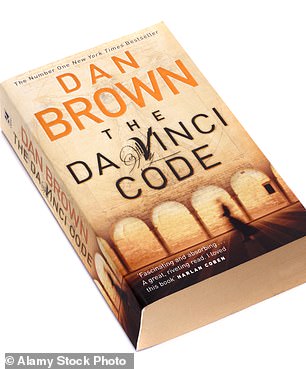 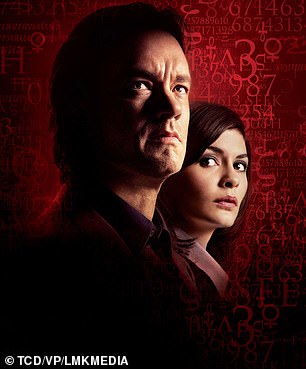 The author is best known for his celebrated novel, The Da Vinci Code. Audrey Tautou and Tom Hanks starred in the 2006 movie adaptation (right)

Mrs Brown, who at the time was away at a horse show, said that her husband removed ‘substantial amounts’ from their bank accounts and marital assets and used them to buy ‘extravagant’ gifts for his lover.

The presents reportedly included paying for the refurbishment of Ms Pietersen’s flat in Holland, a new car and a two-horse transporter lorry.

He allegedly also financed ‘an entire horse-training business in Holland for her’, including paying £36,000 for a horse that Ms Pietersen named Da Vinci in his honour and £276,000 for the ‘highly coveted, prizewinning’ Friesian stallion LimiTed Edition.

According to his ex-wife, he used the name of his literary editor in money wire transfers to avoid detection.

When Mrs Brown confronted her ex-husband in January this year after learning about the secret wire transfers, he allegedly acknowledged he had deceived her personally and financially, saying: ‘I’ve done bad things with a lot of people.’

She said that he had admitted the affair with Miss Pietersen and also confessed to another fling with a local hairdresser.

Mrs Brown says he also cheated on her with a politician in Anguilla, a British Overseas Territory in the eastern Caribbean, where they had a home, and with his personal trainer in New Hampshire.

Her lawsuit specifies undisclosed damages and says ‘Blythe’s sense of pain, humiliation, betrayal and anguish is unbearable and debilitating.

‘She has great difficulty eating or sleeping, and Dan has caused her to suffer significant emotional distress.’