Dan Evans helps Great Britain enjoy a winning start in their ATP Cup clash against Canada after beating Denis Shapovalov in straight sets, days after inspiring his team to down Germany in opening Group C match

By Pa Sport Staff and Daniel Davis For Mailonline

Dan Evans got Great Britain off to a winning start in their ATP Cup clash with Canada in Sydney with a 6-4 6-4 victory over Denis Shapovalov.

It was another strong display from the British number two who inspired his team to a 2-1 win over Germany in their opening Group C match on Sunday.

Shapovalov was playing his first singles match of the competition having withdrawn from his first game on Sunday as he continues to recover after testing positive for coronavirus.

Evans did not allow his opponent to pick up a single break point in the match, but converted his first in the seventh game.

From there, he held his serve twice to take the opening set.

The 31-year-old then broke again in the second set, and remained formidable with his service to seal the victory. 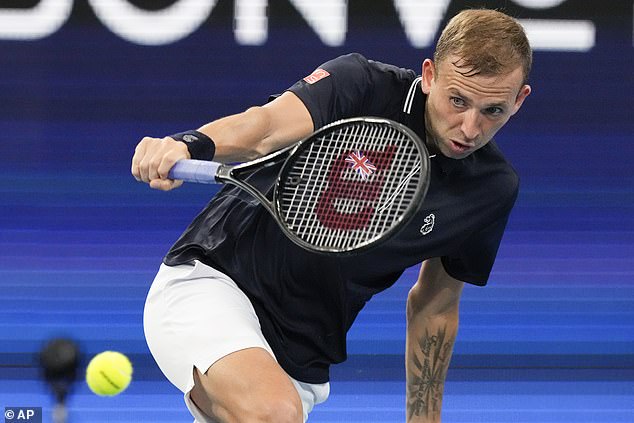 Speaking on court afterwards, he said:  ‘I love representing my country.

‘It is the best thing you can do in any sport in my opinion.

‘It is amazing to be out here with fans, to have all the guys screaming, whoever you are screaming for, it has been great. 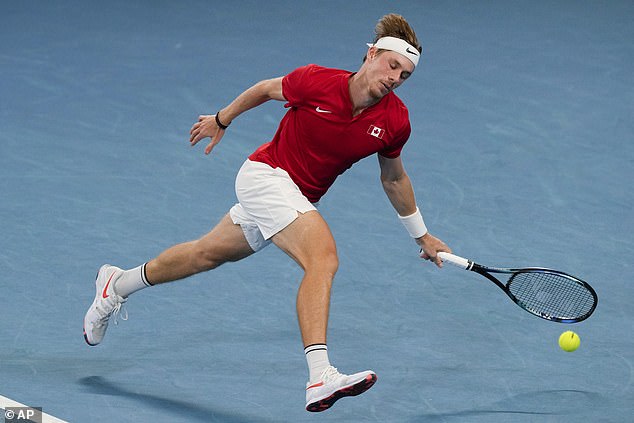 ‘I think on my service games I try to be aggressive and manoeuvre [the ball] and then on his service games, if I have to, I hang back a bit.

‘Tonight was a good opportunity to defend a bit more and frustrate him.’

A win for Cameron Norrie in the second singles match against Felix Auger-Aliassime would seal victory for Britain as they look to book a place in the semi-finals.