Dan Evans took down American Tommy Paul in Montreal Friday night, with the former winning 1-6, 6-3, 6-4 to advance to the Canadian Open semifinal.

Paul entered the quarterfinal match in fine form after wins over Marin Cilic and second seed Carlos Alcaraz, and looked to be in the driver’s seat Friday after easily dispatching Evans in the first set.

But the Englishman grabbed control of the match from that point, riding the energy of the fans and saving six of eight break points throughout the match.

‘The crowd, that’s what they buy their tickets for. That’s live sport,’ Evans said after the match.

‘You never know what’s going to happen. It was an amazing match, amazing atmosphere.

‘I played on the court before. In the day it was amazing, but at night, there’s something about playing sport at night, it’s extra special.’ 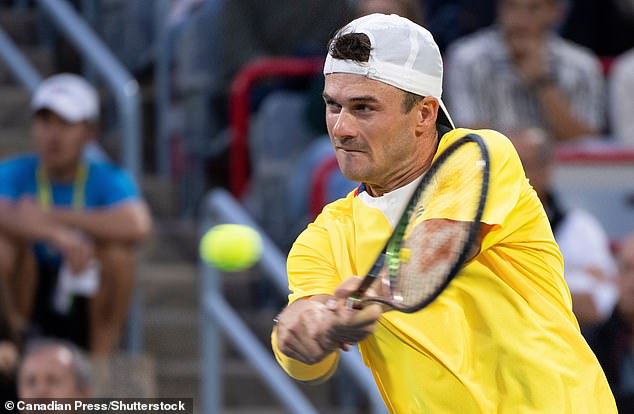 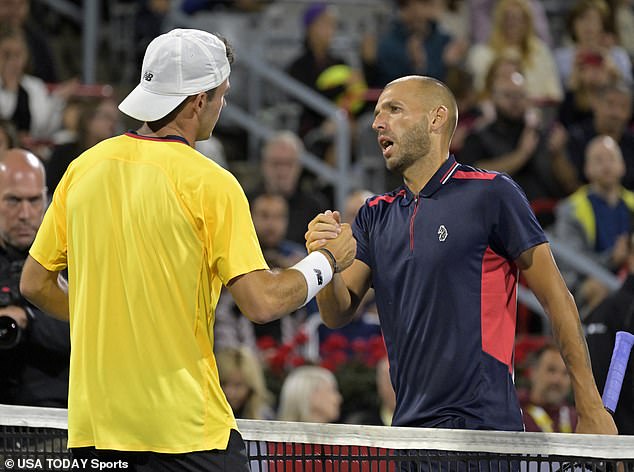 Evans has now reached his second ATP Masters 1000 semifinal in as many years, and will face Spaniard Pablo Carreno Busta in the semifinal.

As for Paul, the American started the match where he left off after beating Cilic in straight sets in the previous round.

But Evans didn’t think his opponent could keep it up after cruising through the first set Friday, and he was ultimately right.

‘I just didn’t think he could carry that on,’ Evans said.

‘If he did, I had to walk off and shake his hand.’