Dan Walker has hit out at his Strictly Come Dancing critics who want him booted off the show.

The BBC Breakfast host, 44, has been performing with professional dancer Nadiya Bychkova every weekend and has received average scores from the judges.

After viewers took to Twitter to ask how Dan has remained in the competition, he admitted he’s ‘not sure’ but was shocked at the backlash he’s received.

Dan’s comments came after Strictly bosses were forced to deny that BBC stars are favoured on the show.

‘It’s not the world championships!’ Dan Walker, 44, has hit out at his Strictly critics who want him off the show, but admitted that he’s ‘not sure’ how he’s still in the BBC dancing competition

Taking to Instagram on Tuesday, Dan posted a photograph of a print article asking how he was still on Strictly, and hit back at his critics in a lengthy caption alongside.

He wrote: ‘I’m not sure but we are incredibly thankful for all the support and it’s a true privilege to be a small part of the biggest show on the telly.

‘I know articles like this are sourced from a few comments on social media but each week I get thousands of messages from people who love the show and are really enjoying watching @nadiyabychkova teaching me to dance.

‘When I’ve watched Strictly in the past I have always liked seeing great dancers but also those who learn to love it and are working hard to improve every week. It’s a TV show and not the world championships.

‘I never thought I would be able to do some of the things Nadiya has taught me. She has given me a confidence that I thought was way beyond me. I just want to learn as many dances as possible.

‘Anyway… on with the American Smooth. Whoever you vote for this weekend… I hope you enjoy the show. I will continue to do it with a massive smile on my face.’ 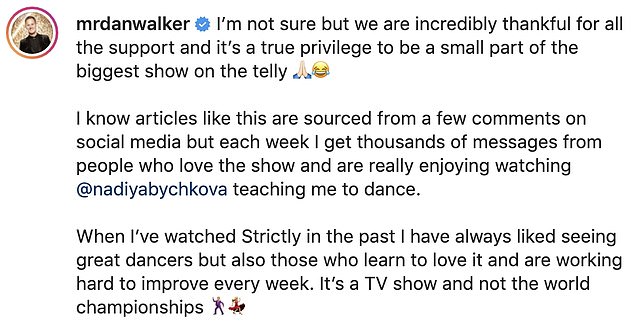 ‘I will continue!’ Taking to Instagram on Tuesday, Dan posted a photograph of a print article asking how he was still on Strictly, and hit back at his critics in a lengthy caption alongside 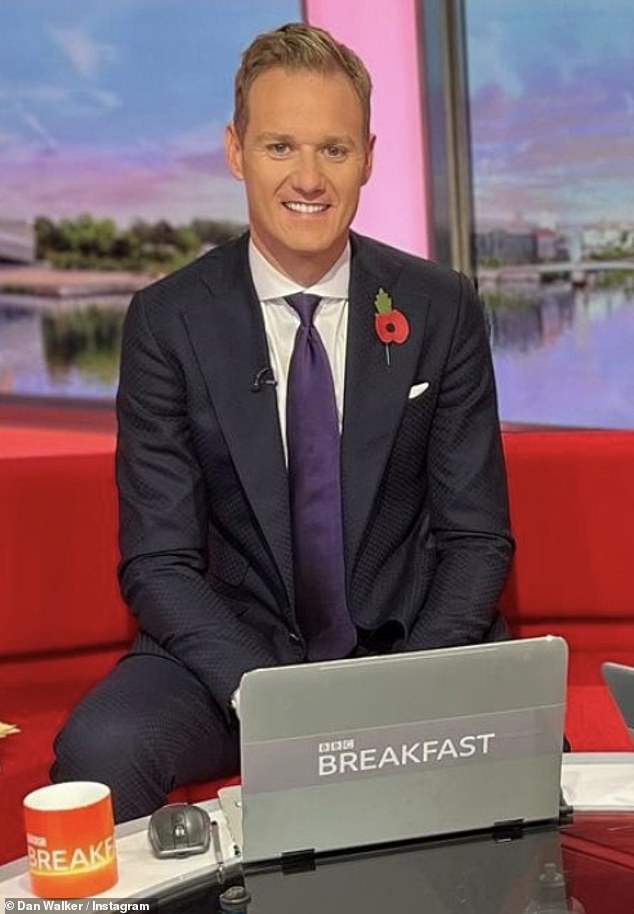 Inspiring: The broadcaster also revealed that his involvement has inspired an elderly man to return to the dance classes, which he gave up decades ago after his wife passed away

Meanwhile, speaking on BBC Breakfast, Dan said: ‘I had a chat with a lovely fella called Cecil in the park when I walked the dog on Sunday.

‘Then he said: “I’ve watched Strictly this year for the first time in a long time. Watching you and Nadiya, like the enjoyment you get from dancing even though you’re not a dancer, you’ve never danced this before. I’ve loved watching that so much”.’

Dan then revealed that Cecil had even started having dancing lessons again after being inspired by watching the broadcaster on Strictly.

Dan’s comments come after Strictly bosses hit back at ‘fix’ and favouritism claims after statistics showed that nearly half of all the show’s winners were from the BBC. 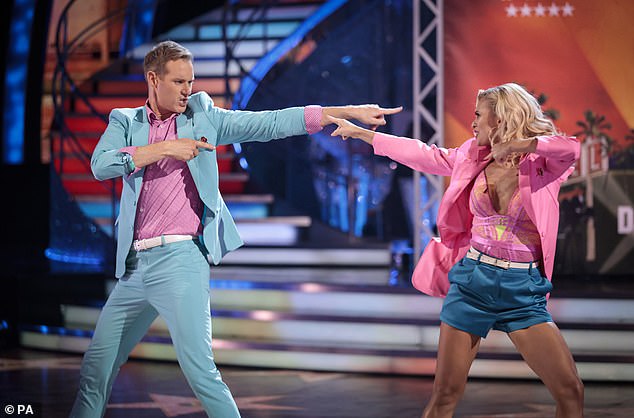 Professional partner: He’s been performing for the nation with professional dancer Nadiya Bychkova every weekend

But a representative of the programme denied claims that BBC stars are more likely to reach the final, insisting that ‘the winner is decided by the public.’

Other winners connected to the BBC include Chris Hollins and Natasha Kaplinsky.

The publication reports that out of the 264 contestants in Strictly’s history, 102 of them – 39 per cent – have worked for the broadcaster.

However, a Strictly representative shut down the report, stating to MailOnline: ‘These statistics are misleading. The winner of Strictly is decided by the public vote.’ 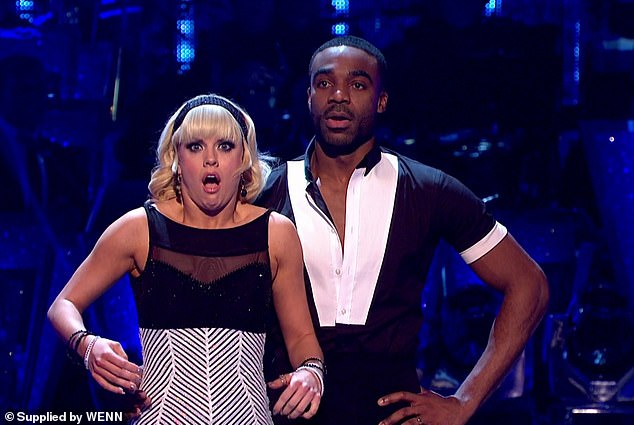 Statistics: Out of all the winners of the BBC series – which began in 2004 – 18 of them, or 44 per cent, have been celebrities who are on the channel’s books (Ore Oduba and Joanne Clifton winning in 2016)