UFC president Dana White admitted it can be difficult working with Conor McGregor at times as he is persistently late.

The ‘Notorious’ likes to keep people waiting for scheduled events such as face-offs and his tardiness frustrates White, though the 49-year-old insists McGregor is almost ‘perfect’ in every other regard.

He told AS: ‘Is it difficult to deal with Conor here and there? Yes, but it’s worth it.

Dana White (left) says it it difficult to deal with Conor McGregor, particularly when he’s late

‘If people ask me what is the biggest problem I have with Conor, it is that he is not arriving on time.

‘Besides that, Conor is amazing. Conor is a funny guy, he’s a great fighter, he’s fun to watch. If the boy arrived on time, it would literally be perfect. He would be perfect.’

McGregor turned up late to the huge press conference in Las Vegas before his fight with Khabib Nurmagomedov at UFC 229.

The Russian challenger grew tired of waiting and left before his challenger arrived, robbing the crowd of the back-and-forth McGregor fans have become accustomed to. 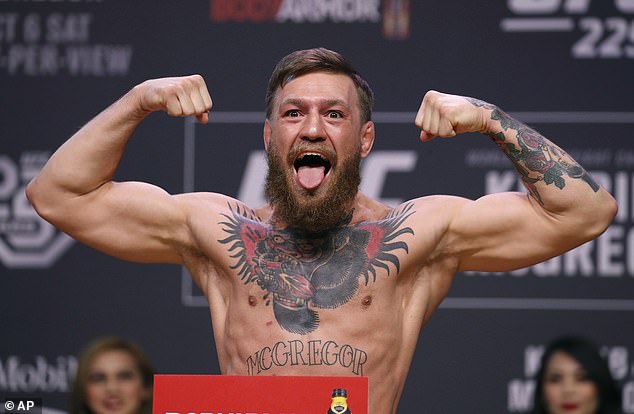 But the Irishman holds such sway in the UFC that very little can be done by White, or anyone, to make him more prompt.

Unpredictability is part of the appeal when it comes to the Dubliner and clearly he is MMA’s most valuable asset, rendering him almost untouchable.

Both he and Khabib are awaiting their punishments for the brawl that followed the champion’s victory over McGregor back in October.

The NSAC are continuing their investigation and both men face fines and suspensions. 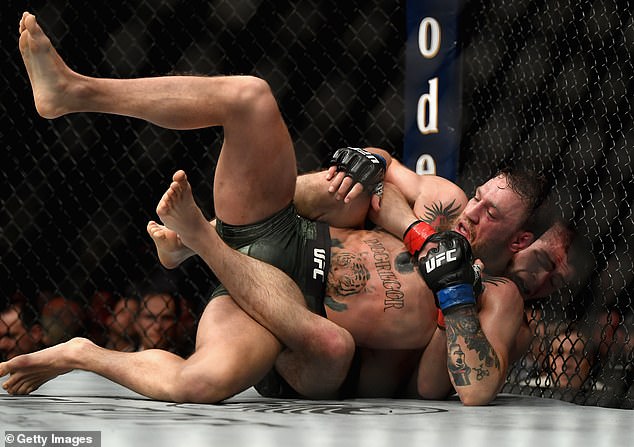