By Alana Mazzoni and Brittany Chain For Daily Mail Australia

Anthony Sampieri died in an isolation unit at Long Bay Prison Hospital, where he was receiving treatment for liver cancer

A sadistic paedophile who brutally raped a seven-year-old girl inside a public toilet at her dance studio has died in jail of liver cancer.

Anthony Sampieri, 56, dragged the little girl at knife point into the bathroom of a dance school in Kogarah, in Sydney’s south, in November 2018 and sexually abused her for 40 minutes.

Sampieri died in an isolation unit at Long Bay Prison Hospital, where he was receiving treatment for liver cancer. He had been given just a 60 per cent chance of surviving the next five years.

Sampieri, a self-confessed ice user, on in February lodged an appeal with the Court of Criminal Appeal.

One of his previous victims said the decision proved he had no remorse for his crimes.

‘If Sampieri was truly remorseful, he would decline putting the victims through any more pain and suffering than he already has by telling his lawyers to go kick rocks,’ they said.

He became the first paedophile in Australia to be jailed for life for sexually assaulting a child, and if the sentence is enforced it will set a precedent for future cases.

Throughout the entire court process, Sampieri used Legal Aid to fund his defence. 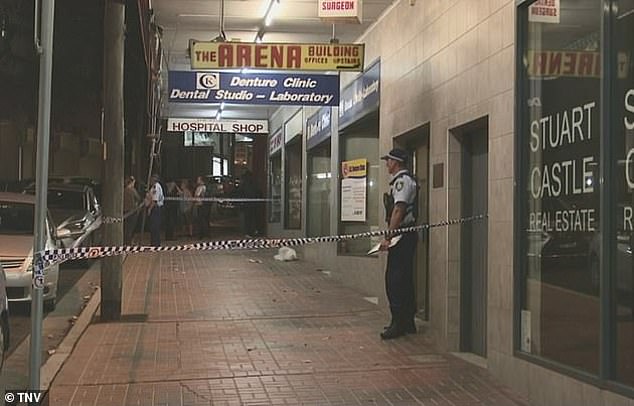 Sampieri admitted the rape and seven other offences during the attack. Pictured: The scene

Judge Paul Conlon said during sentencing Sampieri showed a ‘complete lack of empathy for the child’ and that the assault was ‘any parent’s worst nightmare’.

‘One can only imagine the confusion and heightened state of fear she would have been in as he subjected her to sexual abuse of the most horrifying and degrading kind,’ he said.

Sampieri wrapped a cord around the child’s neck then raped her for 40 minutes while filming his attack. 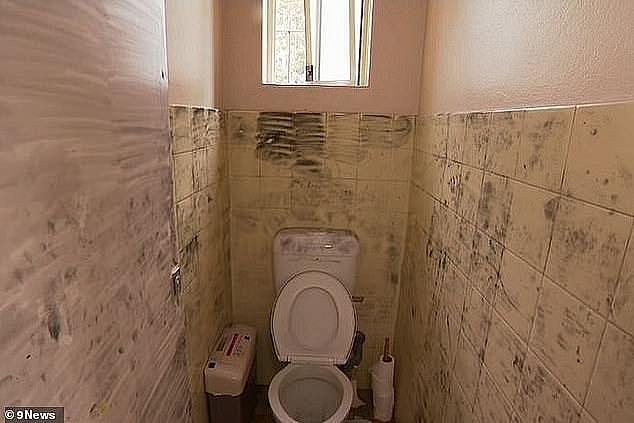 He then bound the girl’s hands with a cord from his shorts and stuffed toilet paper in her mouth so she could not call out for help.

As he left the bathroom, which was shared by the dance studio and other businesses, he was confronted by mechanic Nicola Gilio who was helping the girl’s mother search for her.

Mr Gilio tackled him to the ground and, with the help of a dentist who rushed upstairs from his surgery underneath the studio, restrained him until police arrived.

The rapist, who had his trousers down and was covered in blood, claimed to officers he was doing drugs, saying: ‘I was shooting up and he’s come in, beat me up and stolen my meth’.

At the time of the attack, Sampieri was on parole having been released from jail for raping a 60-year-old woman at her home Wollongong in 2012. 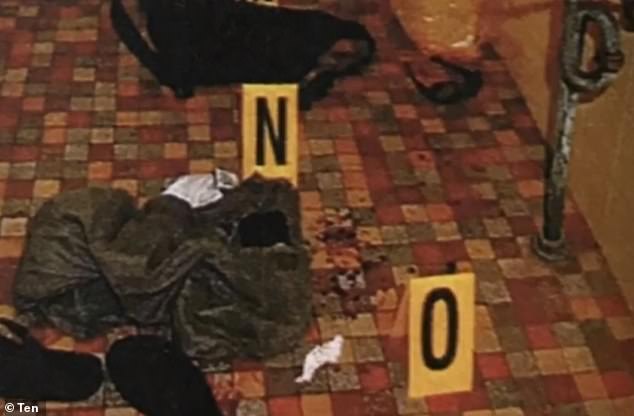 Pictured: The scene of the crime after the attack. Sampieri was captured and held until emergency services could arrive by concerned locals 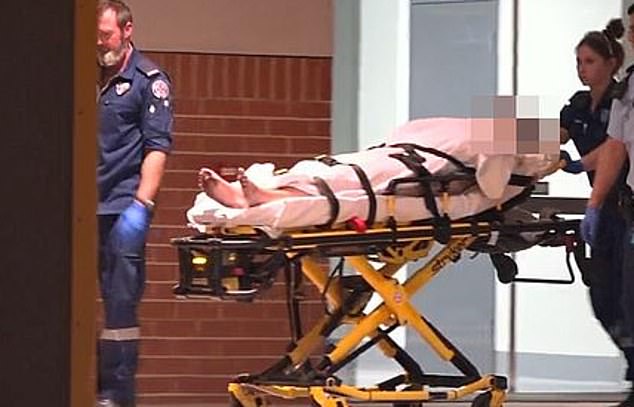 Hero diesel mechanic Nicola Gilio (pictured on a stretcher) found the girl and fought Sampieri in the bathroom, suffering several cuts in the melee

In the months before the shocking assault, Sampieri made 94 sexually explicit calls to various women including a 71-year-old community choir treasurer, a chaplain and 20 real estate agents.

Sampieri in June last year pleaded guilty to 10 charges related to the dance hall attack including three counts of sexual intercourse with a child under 10.

He also admitted to charges related to sexually explicit and harassing phone calls he made to women in the months before.

In a previous court appearance, Sampieri admitted he had repeatedly injected ice in nearby public toilets before the attack.

He said he was in such a state of sexual excitement by the time he was in the dance studio facilities, he would have attacked anyone who had walked in.

THE MONSTER OF KOGARAH: HOW A LITTLE GIRL’S NIGHTMARE UNFOLDED

6.48pm: A seven-year-old, wearing a black, silver and grey dance outfit, waits with her mother in the carpark for her sister’s dance class to finish.

She walks back to the hall to use the bathroom when she is confronted by Sampieri.

Sampieri grabs her but she tries to resist.

He punches her in the face before dragging her into a cubicle and locking the door.

The girl then has a black cord tied around her neck and is threatened with a knife.

He drags her to the male bathroom where he sexually assaults her.

7.30pm: A desperate search begins after the girl fails to return to her mother.

The victim’s mother and another parent, Nick Gilio, find Sampieri lurking in the bathroom before discovering the girl is also trapped inside.

A fight breaks out between Sampieri and Mr Gilio.

Mr Gilio suffers a serious cut to his stomach but manages to get Sampieri in a headlock.

He suffers more cuts to his wrist, neck and ear. Despite suffering serious injuries, Mr Gilio holds Sampieri in the headlock on the ground.

Sampieri is attempting to bite Mr Gilio when dance teacher Jeffrey Stack bursts into the room and punches Sampieri in the face.

7.56pm: Police arrive to find Sampieri naked from the waist down and covered in blood.

The victim is taken to Randwick Children’s Hospital.