Dancer releases video tribute to mother who saved her life

Woman, 21, performs a dance tribute to her mother who died saving her from a knifeman in Christmas Day attack

A dancer whose mother was stabbed to death in front of her on Christmas Day has released an emotional video tribute.

Jayne Reat, 43, sacrificed her own life to save her daughter Charlotte from a knifeman when she was killed on Christmas Day last year at their home in Lisburn, Northern Ireland.

Charlotte, who works as choreographer and was also injured in the knife attack, danced around a wooden box to the song ‘Dancing in the Sky’ as a way to ‘honour’ her ‘selfless’ mother.

Charlotte, who works as choreographer and was also injured in the knife attack, danced around a wooden box

Miss Reat, 22, wrote on Facebook: ‘This is a dance I created in memory of my beautiful mummy Jayne Reat.

‘She was always my rock, my best friend and she died as my hero by saving my life.

‘Never once would my mum miss a dance performance no matter how big or small so I thought the best way to honour her would be to dedicate a dance in her memory.

‘My mummy died a hero, a beautiful, selfless lady and she is now the most stunning angel in the sky. 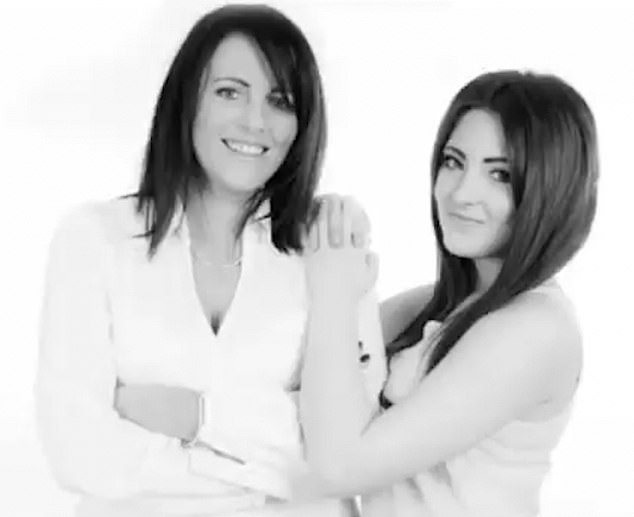 Jayne Reat and her daughter Charlotte. The 22-year-old described her mother as ‘selfless’ 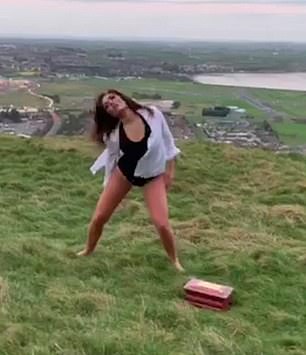 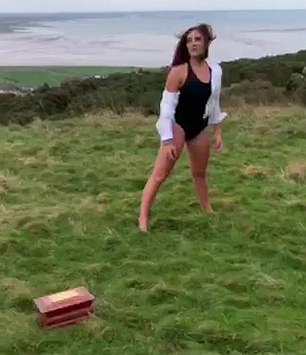 Miss Reat, 22, wrote on Facebook: ‘This is a dance I created in memory of my beautiful mummy Jayne Reat. Pictured: Miss Reat dancing

‘It hasn’t got any easier not having you in my life and I don’t think it ever will.

‘I would appreciate if people would share this video so that my mum’s story may never be forgotten.

‘I love you mummy forever and always – your wee grubs.’

Jayne worked at the Bluestone unit at the Craigavon Area Hospital in Northern Ireland, as Miss Reat thanked the staff at the hospital for their kind messages.

She wrote: ‘I’ve had a few lovely messages from my mums friends from her work in Bluestone and it’s made me so happy to see how many lives my mummy touched. One of the wards also has a beautiful remembrance sign for her.

‘This really touched my heart so thank you to all the staff at Bluestone.

‘Forever my mummy forever my angel.’

Miss Reat took a picture of herself and her mother just hours before Jayne died. The pair were pictured cuddled up on the sofa and Jayne told her daughter she loved her ‘for the last time’.

In an emotional Facebook post, Miss Reat wrote: ‘This is the last picture I took with my beautiful mummy on Christmas Eve before we cuddled up on the sofa for the last time.

‘Just before she gave me her last kiss her last hug and before she told me she loved me for the very last time. 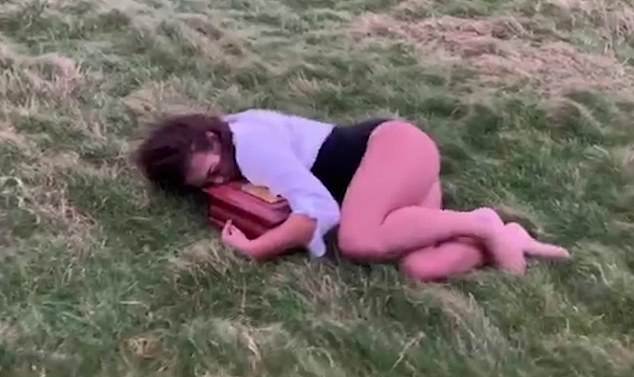 Charlotte was seen hugging the wooden box during the video, which was posted online

‘My mummy has been taken from me, her life was taken from her far too soon in the most cruel way.’

Defence barrister Joel Lindsay told Belfast Crown Court at a hearing in October that a consultant psychiatrist was being instructed to assess Ward’s mental state at the time of the incident.