The impressive results of a relentless training programme were evident on Thursday morning as Vanessa Bauer prepared for another rehearsal with Dancing On Ice partner Joe-Warren Platt.

The German skater showed off a set of undeniably sculpted abs beneath a lemon yellow crop top after arriving at a Blackpool studio with the Emmerdale star, her celebrity pairing on the returning show.

Teaming her top with a pair of black gym leggings, Vanessa, 24, ensured she caught the eye ahead of her latest meet-up with Joe.

Looking good: Vanessa Bauer showed off her incredible abs as she prepared for her latest Dancing On Ice rehearsal in Blackpool on Thursday morning

The skating professional added to her sporty look with a cropped tracksuit top, while black lace-up boots rounded things off.

Joining his Dancing On Ice partner, Joe, 18, looked relaxed in a black hooded top and matching shorts, teamed with a par of insulated sports leggings.

The actor was in high spirits as he made his way into the studio after bouncing back from a knee injury that threatened to jeopordise his appearance on the show. 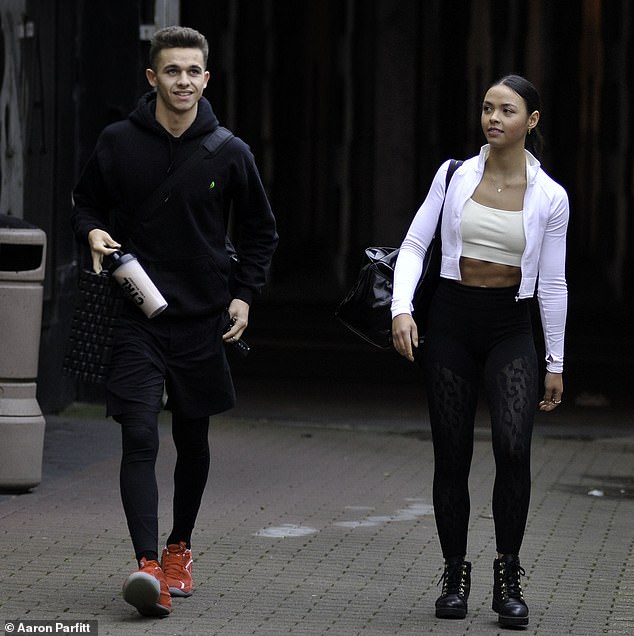 In good company: The German skater was joined by Emmerdale star Joe-Warren Platt, her celebrity partner on the returning show

Joe took to Instagram in November to tell fans he had to take time to heal after an old injury flared up during a training session that ‘went too far.’

He wrote: ‘Absolutely gutted….. So we had to cancel today’s training session due to my ongoing knee injury! It’s unbelievably frustrating as I really felt like it had healed!

‘I’m not one to give up when I feel a little bit of pain and I was willing to carry on but it’s important for me to take a step back, not get too carried away with it and take it easy. Kneed to get this under control….’ 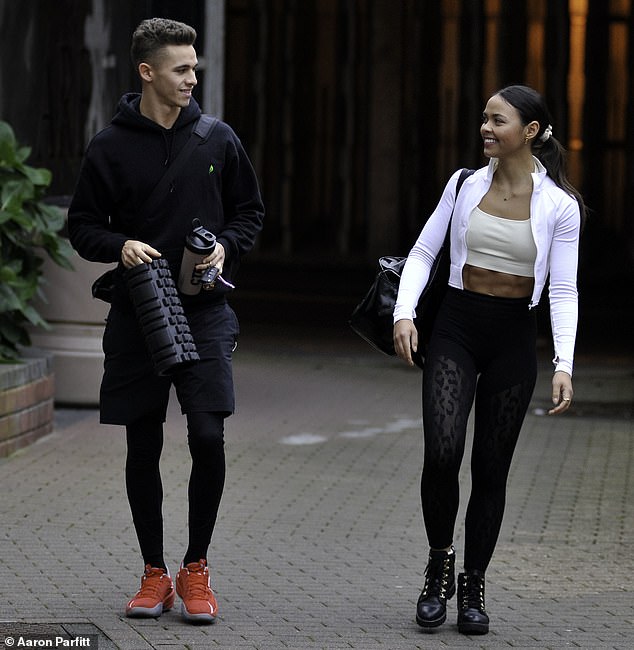 Upbeat: Joining his skating partner, Joe was in high spirits as he made his way into the studio after bouncing back from a knee injury that threatened to jeopordise his appearance on the show

In September, Joe-Warren, who plays Jacob Gallagher on the soap, said he was ‘excited’ about the prospect of appearing on the show, as he revealed his character will be taking a six month break from the ITV soap.

Speaking to co-hosts Holly Willoughby and Phillip Schofield after the announcement on This Morning, he said: ‘I’m super excited. I’m glad I have the time off Emmerdale to really focus on training.

‘Just to try my best and learn a new skill. It’s a new challenge, I’ve never done anything like it before, so super excited.’

When asked about the show’s iconic costumes, he added: ‘I can’t wait. I love getting dressed up, fancy dress parties, it’s all part of the fun.’