The couple, who were partnered up on the 2019 edition of the hit skating competition, announced on Instagram that they had welcomed their daughter on Wednesday at 8.30am, with their bundle of joy weighing 6lbs 11oz.

Professional skater Brianne, 40, is also mother to daughter Gracie, 3, who she shares with an unnamed ex. Meanwhile, Kevin, 44, has two daughters, Elsie, 16, and Isla, 14, with his ex-wife Laura, who he split from in 2011 after 12 years of marriage. 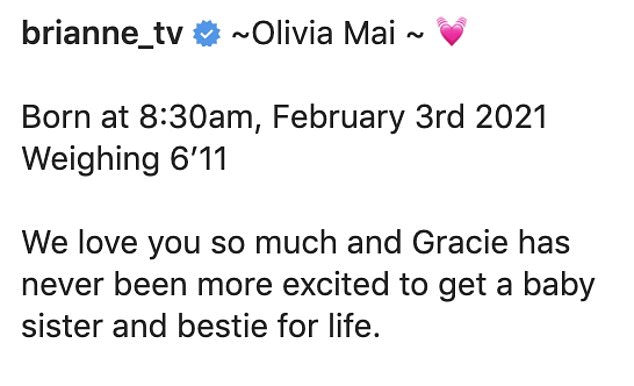 Congratulations! The couple announced on Instagram that they had welcomed their daughter on Wednesday at 8.30am

‘We love you so much and Gracie has never been more excited to get a baby sister and bestie for life.’

Brianne and Kevin also shared a photograph of their newborn’s tiny hand via OK! magazine.

The couple, who met last year when they were partnered on the ITV skating show, announced they were expecting their first child together back in September, and also revealed that they had tied the knot. 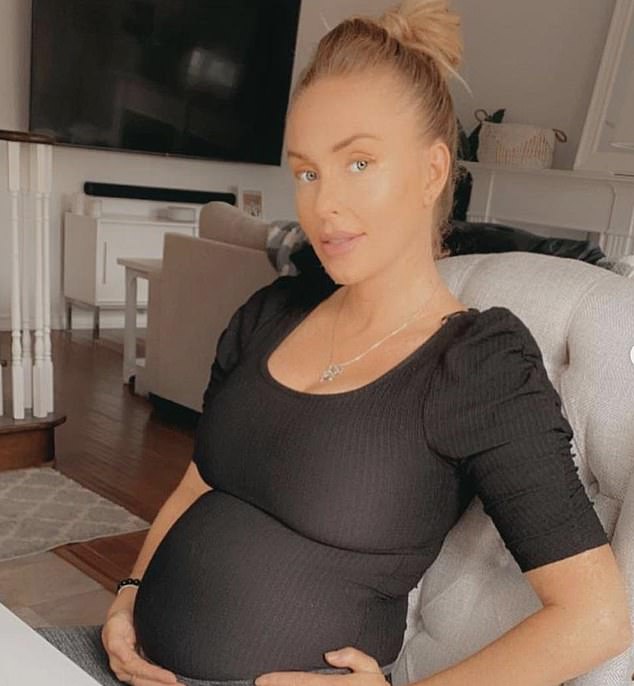 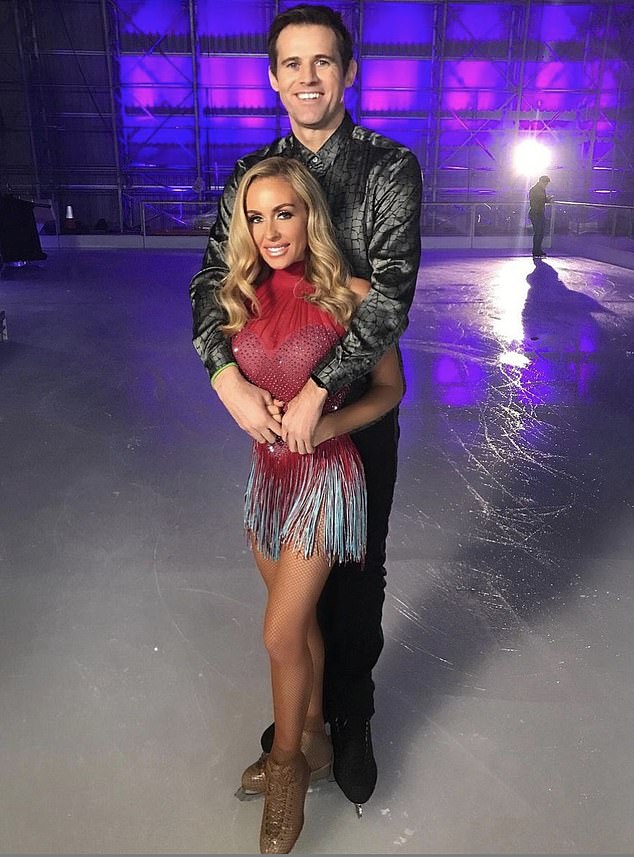 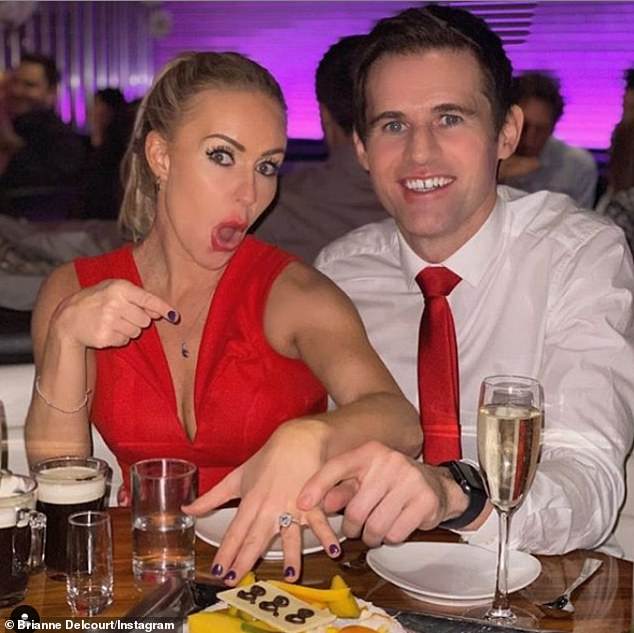 Cancelled: Brianne and Kevin announced they were expecting their first child together back in September, when they also tied the knot in Canada

The couple have spent lockdown together with Brianne’s daughter in Canada, and tied the knot in Ontario after the pandemic forced them to cancel their dream wedding in Ireland.

Speaking to OK! magazine at the time, Brianne revealed that her pregnancy came as a shock, but made their wedding all the more special.

Kevin told the magazine: ‘Everything may seem fast in other people’s eyes and we can’t believe it ourselves but we do everything together so this was naturally the next step.’ 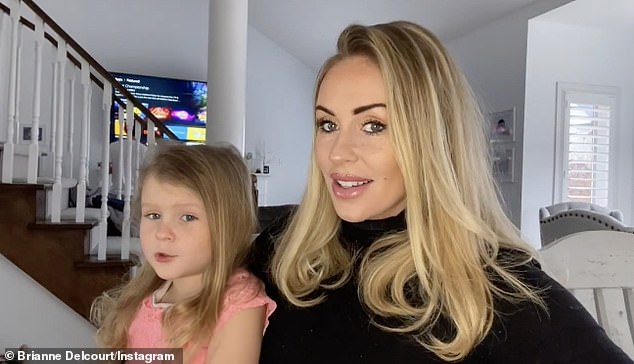 Big sister! Professional skater Brianne is also mother to daughter Gracie, 3, who she shares with an unnamed ex

Discussing their ceremony, which took place at Bonnie View Inn in Haliburton, Brianne noted: ‘When I look back now I realise it worked out perfectly. It was intimate and just about Kevin and I.’

Due to Covid travelling restrictions, the couple were unable to have any guests with them from the UK, so their nuptials were attended only by Brianne’s daughter Gracie, her immediate family, and two friends.

Yet the pair still had an incredible day, with Brianne gushing: ‘It was amazing. Of course we had Gracie with us, but to also have our baby in my stomach took it to a complete other level. The baby kicked as we said “I do”.’

The pair are now planning to have a lavish wedding ceremony in Ireland next year that can be attended by all their friends and family, including their new arrival.

Brianne and Kevin first met in October when they were partnered on Dancing On Ice, and they have been in a relationship since December.

The couple then got engaged just two months later after being eliminated from the show, with Kevin popping the question at a steakhouse in London.

Brianne, who left Dancing On Ice in July, has hit the headlines with her past relationships, having previously romanced her DOI celebrity partners Matt Lapinskas and Sam Attwater, as well as Danny Young, who was partnered with Frankie Poultney. 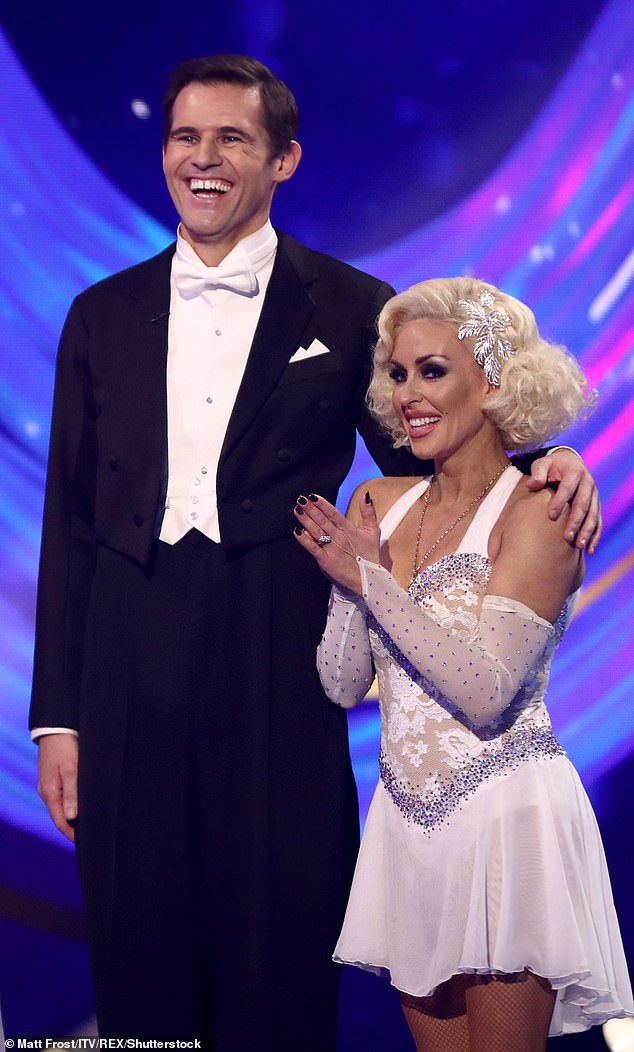 Meant to be: Brianne and Kevin first met in October when they were partnered on Dancing On Ice, and they have been in a relationship since December

She previously insisted that Kevin isn’t part of a pattern, as she gushed to OK magazine: ‘There is no comparison of Kevin to the guys I used to date.

‘He’s perfect and my best friend. Kevin has all the boxes checked for what I’m looking for in my life.’

Meanwhile, Kevin’s relationship with his wife Laura came to an end in 2011 after 12 years of marriage.

The pair tied the knot when Kevin was just 22 and he blamed the split on the couple being ‘naive’ about settling down at such a young age.

Canadian pair skater Brianna Delcourt has hit the headlines with her past relationships, having romanced four celebrity contestants on Dancing On Ice

Brianne made her show debut during series five with Hollyoaks star Kieron Richardson, with the pair finishing in third place.

Despite not winning, the blonde bombshell bagged herself a man, striking up a romance with Coronation Street actor Danny Young, who was partnered with skater Frankie Poultney.

The couple started dating shortly after the series finished and moved in together later that year.

The pair split within a few months and despite rekindling their romance in 2011, it wasn’t meant to be, as Brianne then met her next boyfriend, Sam Attwater. 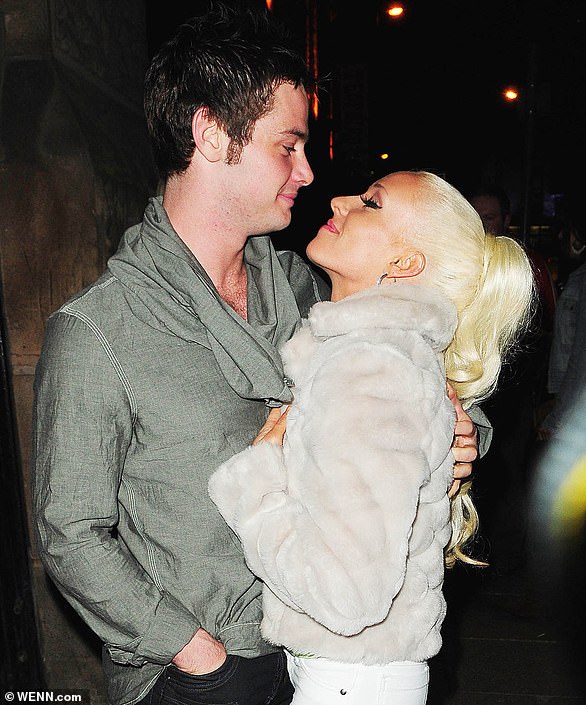 Smitten: Brianne struck up a romance with Coronation Street actor Danny, who was partnered with skater Frankie Poultney, during her first season on the show

During her second season on the show, Brianne was partnered with EastEnders star Sam Attwater, with the couple going on to win the series.

They didn’t just take home the trophy, however, with Brianne and Sam striking up a romance during their time on the ice.

However, many fans questioned the legitimacy of their relationship after Sam was pictured kissing Alexandra Schauman, 30, another professional skater.

The couple continued to date, but after the show ended, they didn’t pursue a relationship 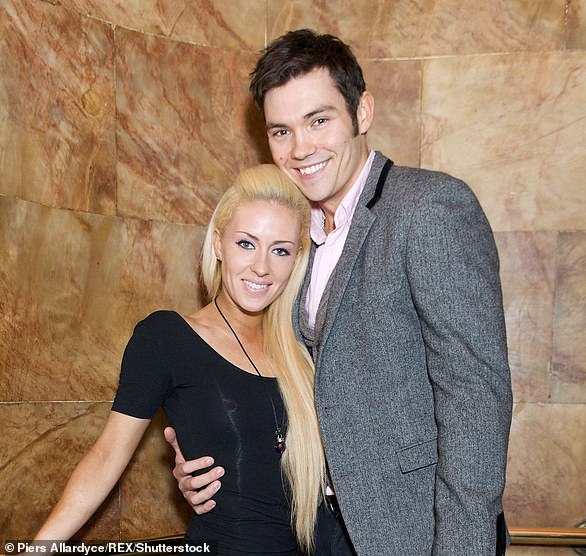 Controversy: Fans doubted whether her romance with Sam was legitimate after he was  pictured kissing Alexandra Schauman, 30, another professional skater

Brianne was partnered with EastEnders actor Matt Lapinskas in 2013, who at the time was dating his co-star Shona McGarty.

Matt and Shona had been dating for 18 months and split during his time on Dancing On Ice, he then began dating Brianne.

The actor denied that he had been unfaithful to Shona and insisted he didn’t strike up a romance with Brianne until he was single.

However, after they split the following year, Brianne went on to tell The Sun On Sunday: ‘He pursed me behind Shona’s back. Lots of people warned me but I didn’t listen.’

Brianne also claimed that Matt had cheated on her with his new co-star, Camilla Rowland.

She revealed: ‘Matt has totally betrayed me. He’s been nasty and he’s life, when all I’ve done for the last two years is try to help and protect him’. 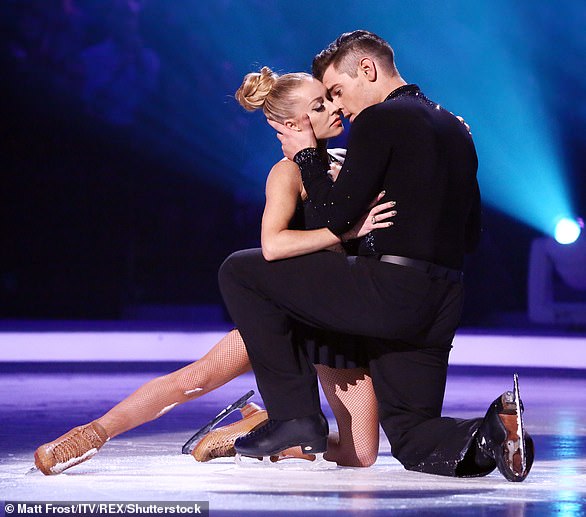 Tense end: Brianne claimed that Matt began seeing her when he was still dating Shona McGarty, then claimed he cheated on her with his new co-star, Camilla Rowland