The woman charged with distributing a ‘sex tape’ involving retired football star Dane Swan has been revealed as a country football club volunteer and ‘a lovely kid at heart’.

Georgia May Gibson, 20, was charged by Victoria Police on Tuesday after allegedly sharing video of a nude romp between a woman and the AFL champion without his consent.

Gibson was charged with one count each of distributing an intimate image and also visually capturing genitalia.

At the time of the video’s release in May this year, Swan said in a statement that the video had been ‘taken a long time ago’ and dubbed it a ‘gross breach of privacy’.

Gibson, who until recently was committee member with a local football club, did not respond to questions put to her by Daily Mail Australia.

But friends from her tiny home town of 1,600 people said she was a ‘lovely kid’ who had overcome family tragedy to be a very active member of the local community. 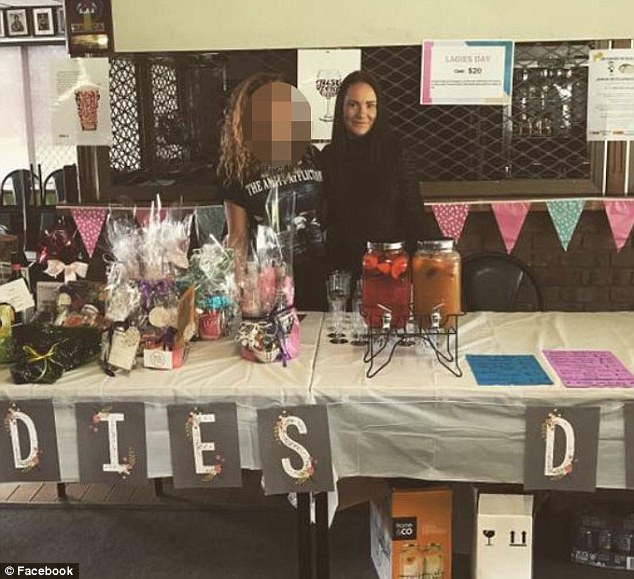 Until recently Gibson (right) was a committee member of her local football club. She is facing a maximum two years in jail if convicted of the charges laid against her on Tuesday

Gibson will face Melbourne Magistrate’s Court on December 10 and if convicted could face a maximum of two years behind bars.

Locals said they were shocked to hear about her alleged involvement and revealed she had struggled in recent years to overcome the death of her mother.

But despite her hardships she continued to be a prominent community member and was a volunteer at the local football club until this year.

‘Georgia had a really tough time as a kid (losing her mum) but she was a lovely kid at heart,’ said one local, who did not want to be named.

‘She would do anything for anyone – she was raising money for cancer, making little cakes and selling them, she was involved in the footy club.

‘We’re a tight-knit community and in small communities we protect each other.

‘Don’t get me wrong, nobody agrees with what allegedly happened, but I think they understand she’s not a bad person after all she went through.’

It’s understood that Gibson and her father both moved from the Meadows area in the past 12 months.

The young woman was charged this week after a four-month police investigation.

Officers were reportedly approached by Swan in May after footage began circulating on social media, with the Collingwood premiership player begging them to use their powers to take it down. 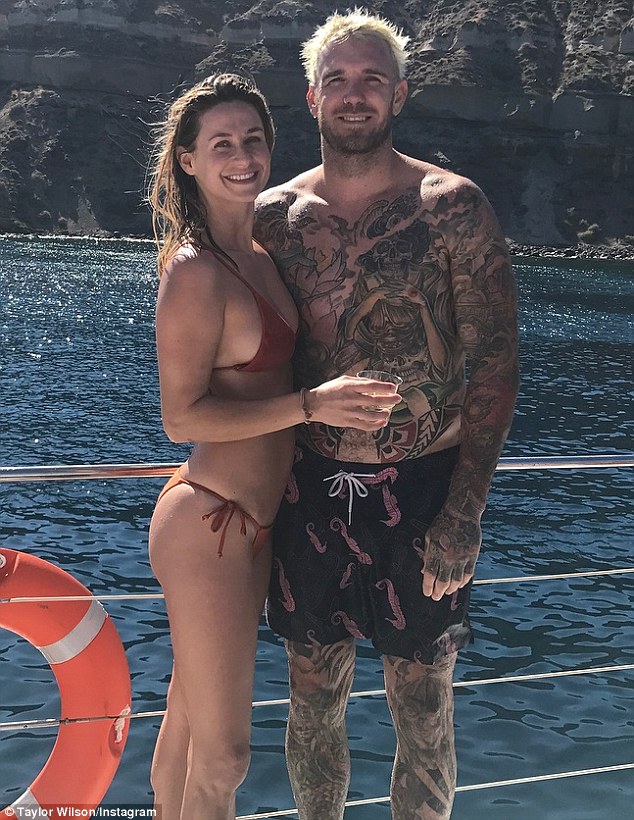 As the video spread on social media, Swan (pictured with girlfriend Taylor Wilson) reportedly contacted users sharing the footage and warned them he would take legal action unless it was removed 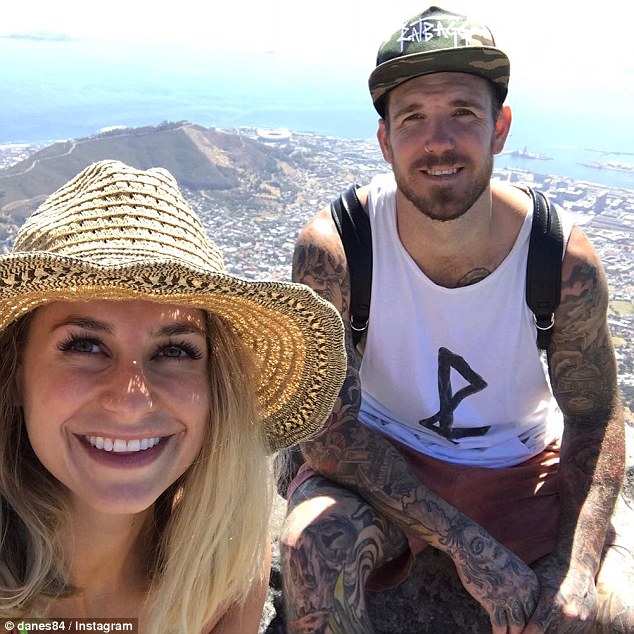 At the time of the video’s release in May this year, Swan (pictured with Wilson) said that the footage had been ‘taken a long time ago’ and dubbed it a ‘gross breach of privacy’

Police will allege Gibson posted the six-second video showing a nude Swan and the woman kissing in a bed, without the footballer’s consent.

Swan, who has been in a relationship with girlfriend Taylor Wilson since 2010, hit out at the release of the video without his permission.

‘I have recently become aware of a video of me being published and circulated on the internet,’ he said in a statement read out by Collingwood president Eddie McGuire at the time of the video’s rapid spread across social media.

‘Contrary to some media reports, the video is not a “sex tape”. 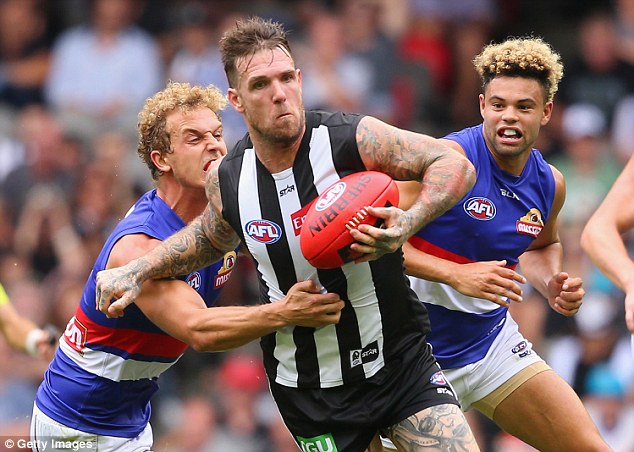 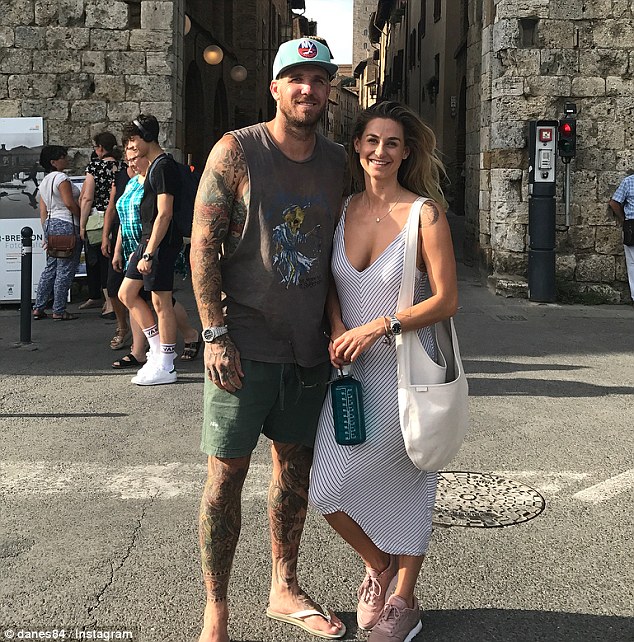 ‘Although the video was taken a long time ago, it has been posted and distributed only recently.

‘It was taken and distributed without my consent. The distribution is a gross breach of my privacy.’

Following the spread of the video on social media, Swan reportedly contacted users sharing the footage and warned he would take legal action unless it was removed.