A dangerous driver who jumped to the back seat of his car during a high speed police chase has been jailed.

The dash-cam footage, which was released by Kent Police, shows officers pursue Olumuyiwa Rhoomes, 33, as he dangerously drives through Northfleet in Kent towards the town centre in his grey Hyundai Tucson at more than 40mph.

Rhoomes was arrested at the scene and later jailed for 14 months at Maidstone Crown Court.

A police officer chases Olumuyiwa Rhoomes, 33, from London, as he drives through Northfleet in Kent towards the town centre in his grey Hyundai Tucson 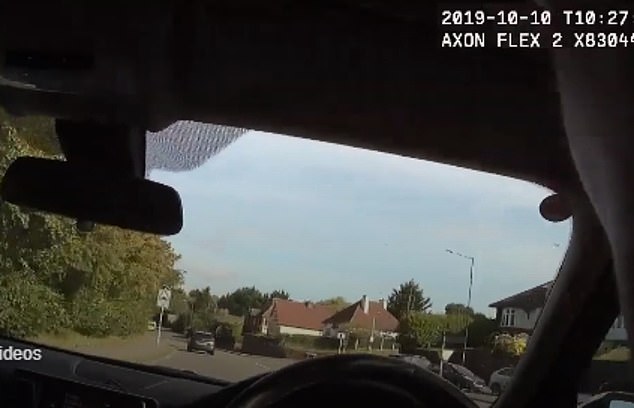 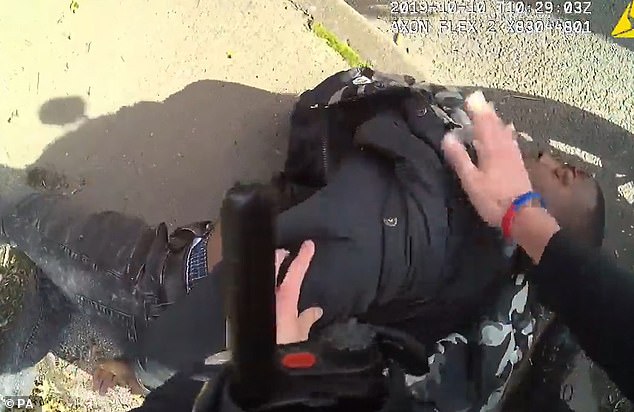 During the clip, which was captured on October 10 2019, a police officer speaks to his colleagues as he follows Rhoomes who overtakes another car in the face of oncoming traffic and nearly collides with members of the public.

Moments later, the officer spots movement in the vehicle and tells his colleagues: ‘We’ve got people moving around in the vehicle. Standby. Driver has just got in the back. The driver just swapped seats.’

Officers eventually stop the car and capture Rhoomes at the scene.

Officers travelling directly behind Rhoomes witnessed him climb into the back seat, leaving the car out of control, while travelling at a speed of more than 40mph before his passenger jumped into the driving seat and pulled the car over.

Rhoomes, from London, was arrested at the scene and charged with dangerous driving.

He pleaded guilty to the offence and was jailed for 14 months at Maidstone Crown Court on Monday. 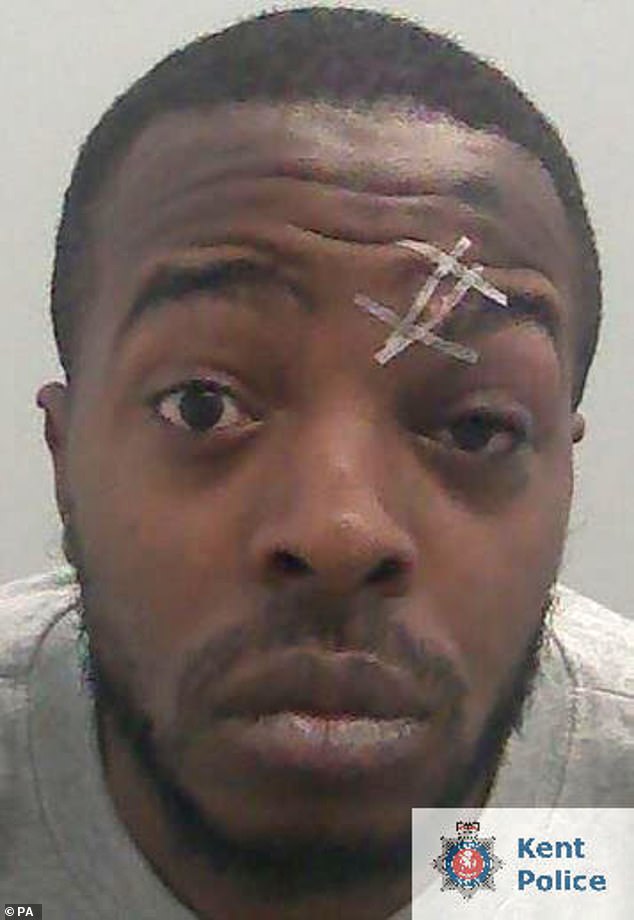 Olumuyiwa Rhoomes, 33, from London, was charged with dangerous driving and jailed for 14 months at Maidstone Crown Court 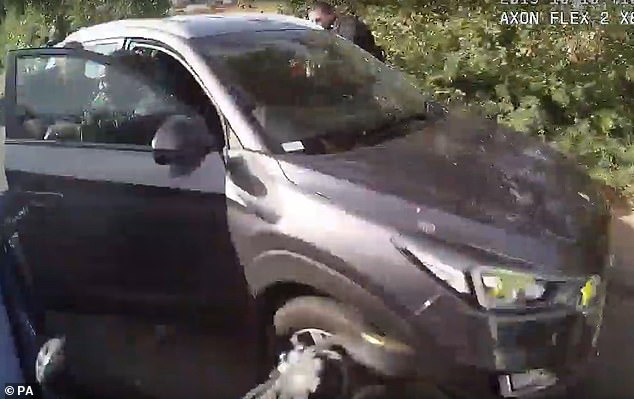 Investigating officer PC Tom Slocombe said: ‘Rhoomes put many lives at risk including his own when he drove at speed through residential streets in an attempt to avoid police.

‘He showed a blatant disregard for other road users and it’s only luck that no-one was hurt.

‘Thankfully he was arrested and put before the courts and will now spend time in prison for his actions.

‘He has also been banned from driving for more than three years and will need to take an extended driving test before he’s allowed back behind the wheel.’