A group of cyclists crashed on the shoulder of a major road after a car passed by too close, clipping the lead rider.

Footage of the 2020 accident has been re-shared online showing the cyclists riding along the shoulder of the road in Shortland, Newcastle.

The ‘horrifying’ vision shows a grey Honda clipping the arm of one of the riders as the group were at a fast speed in the 90km/hr zone. 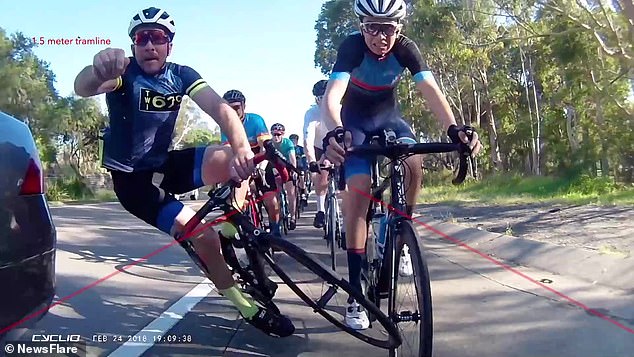 The group were cycling along a major road in Shortland, Newcastle when the lead rider was collected by the car (pictured) 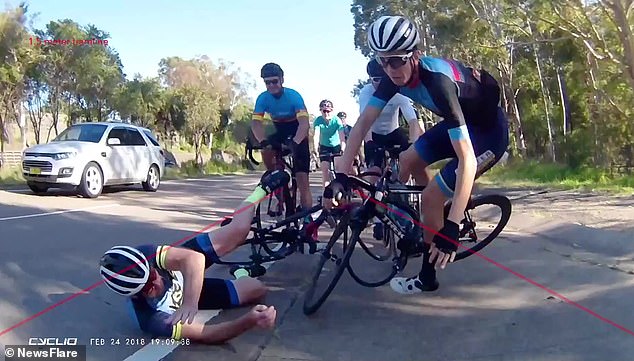 The rider then slammed to the ground, tripping the cyclist alongside him and causing a pile-up in the group trailing behind

The rider who was hit fell out onto the road but quickly got back to the shoulder.

‘Horrifying is the only way that this crash can be described. It is unbelievably lucky that there were no life-threatening injuries or deaths.

The post said police were notified of the collision and two of the bikers were sent to hospital for tests, while others suffered a bad rash. 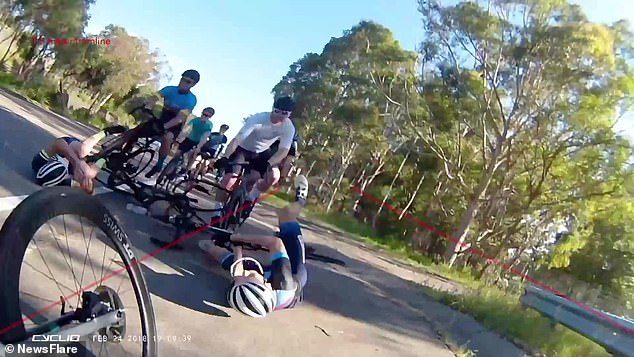 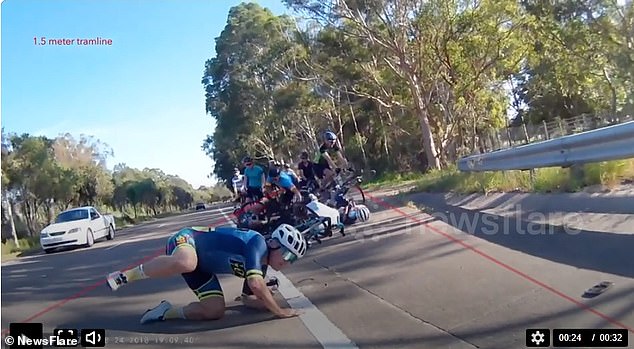