A paedophile who has been described as ‘every parent’s worse nightmare’ escaped an open prison, walked to a school knocked on a class door and put his arm round a girl’s neck and said: ‘I’ll just take this child’, a court heard.

John Harris, 36, was jailed by a judge after he tried to kidnap the youngster. He was jailed for seven-and-a-half years and sent back to a secure prison to serve his sentence.

He was also given an additional four years extended licence bringing the total sentence to 11 years six months.

Harris absconded from Leyhill Prison, Gloucheshire, in October this year and made his way to the playground of a primary school.

He knocked at the door of a classroom which contained a teaching assistant and two pupils, including the victim.

She went to open the door trying to be helpful and Harris asked the assistant ‘Is this reception?’, a court heard.

She said ‘no’ and as he turned to leave he put his arm around the little girl’s arm and neck saying ‘I’ll just take this child.’ The assistant then grabbed his arm telling him ‘I don’t think so’.

Another member of staff shepherded the two children to safety while the assistant escorted Harris to reception.

On the way he told her she should call police and she told him she would. The head teacher was informed and the school went into lock down, with doors locked, lights out.

Children were cowering under desks while Harris roamed the playground peering into windows and trying to open doors, it was said.

The police arrived at about 9.45am and Harris immediately admitted he had absconded from prison. After he was arrested and put in a police car he told officers ‘I just wanted to take a child.’

Police informed staff at low-security Leyhill who didn’t even know the paedophile was missing.

Judge Michael Cullum said Harris was ‘truly frightening’ and ‘a dangerous man’ with a significant risk of re-offending. 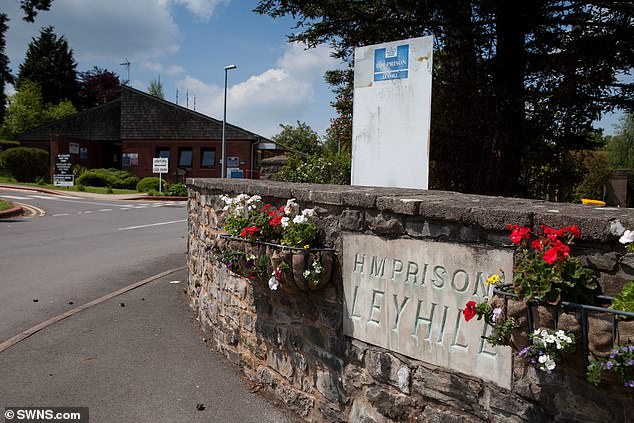 He added: ‘You are every parent’s nightmare. A man escaped from prison and tried to take her away.

‘Her parents will never forget that, I only hope that she will. But I suspect at the age of eight it will always be known.’

Bristol Crown Court heard Harris had previously walked onto a ward at a children’s hospital brandishing a knife telling staff ‘I want to take a child’.

Harris was already serving an indefinite sentence when the parole board transferred him from Brixton Prison to HMP Leyhill against the advice of psychiatrists on May 1.

The court heard that there was little support at Leyhill and Harris was left to ‘fend for himself’ while his mental health deteriorated.

Harris has been twice arrested after going into a children’s ward in a hospital and telling staff he wanted to take a child, the first time was in 2005. 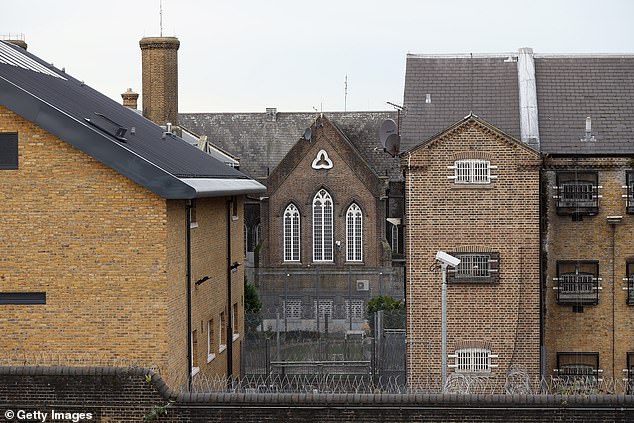 The court heard that Harris had gone into a children’s ward in a hospital again in 2008, pulled out a knife and told staff ‘I want a child’ before pointing to a 12-year-old girl and saying, ‘This one will do’.

Sarah Regan for the defence said that while there was no doubt Harris was a paedophile. She said on all three occasions he had tried to kidnap children in situations where he had no change on success – in sight of many adults.

She said Harris had told her his latest attempt was a ‘cry for help’ as he was having dark thoughts and had not got help after being transferred to Leyhill. 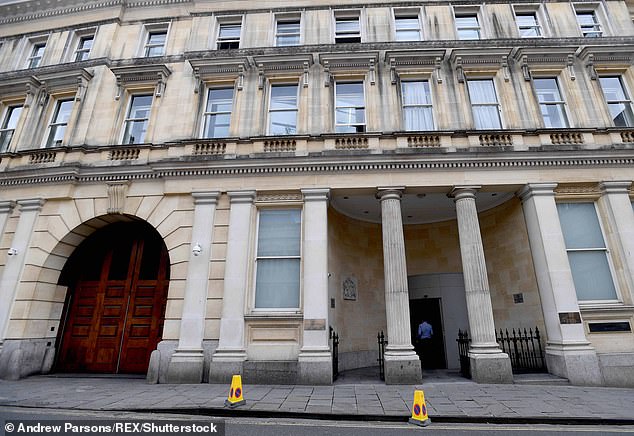 Harris was sentenced at Bristol Crown Court (pictured above)

Harris, dressed in a blue t-shirt spoke from the dock, apologising to the girl and her family, he said: ‘I am not who I want to be.

‘I am deeply disturbed, I have been my whole life. This is where I need to be. I am sorry.’

Ms Regan said Harris was getting bullied in high-security Horfield Prison in Bristol, where he was moved after the incident, and he had started self-harming.

The court heard a psychiatrist’s report had concluded his mental health would continue to deteriorate in a prison setting and this would only exacerbate the risk he posed.

One from the girl’s parents said she now had trouble sleeping and she was scared Harris might come back to get her whilst they now found it hard to leave her alone.

A statement from the school’s head reported that parents were understandably fearful, saying: ‘somewhere society’s systems had let them down.’

In August, convicted rapists John-Paul Knowlson and Stuart O’Neill absconded before being caught by police.

The pair are believed to have exited the prison by forcing a door.

Convicted killer Keith Whitehouse absconded in February – but was arrested after being spotted by a member of the public.