Dani Alves turns up for his Barcelona unveiling in FLIP FLOPS

You’re not working from home, Dani! Returning hero Alves turns up for his Barcelona unveiling with FLIP FLOPS on his feet in tribute to how he arrived in 2008… before taking to the Nou Camp pitch in bare foot and smelling the grass!

Dani Alves is back at the Nou Camp having sealed a surprise return to Barcelona under new manager Xavi, with his official unveiling at Nou Camp taking place on Wednesday.

The 38-year-old returns to Barcelona where he endured tremendous success in his first spell – he was Pep Guardiola’s first Nou Camp signing and won six LaLiga titles and three Champions Leagues in trophy-laden era.

Now, Alves and Xavi will hope his arrival will user in a new era of success but if the wing-back is feeling any pressure, it isn’t showing just yet. 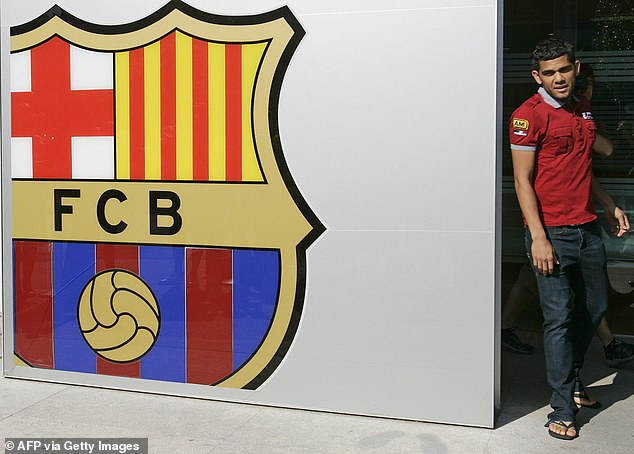 When Alves first joined Barcelona in 2008, the Brazilian donned flip-flops for the occasion

Alves cut a suave figure as he arrived for his unveiling in a velvet blazer but he was also rocking flip flops on his feet in homage to the style he wore at his first unveiling in 2008.

The Brazilian then took to the pitch without anything on his feet and picked a few strands of grass of the Barcelona pitch and sniffed them in front of the cameras.

Alves then gave an explainer to the cameras about why he was wearing flip flops for such an important day.

‘I’m wearing flip flops because some things can change but others can’t,’ he said.

Alves will take the No 8 shirt on his return to the Spanish giants, who are currently ninth in the LaLiga standings. 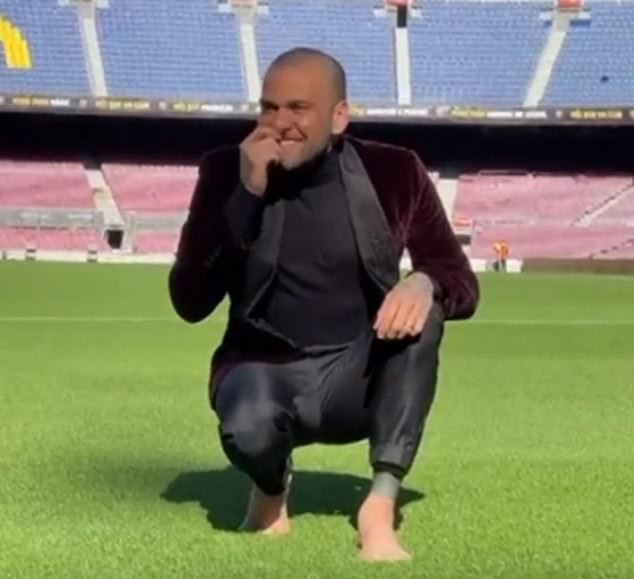 Speaking in a video posted on Barcelona’s social media channels, Alves said: ‘It is a pleasure to be here after such a long time.

‘To return here is an honour, a pleasure; to be able to share [it] with you again.

‘I come to learn from you now, the new world. From the old one, I want to convey one thing; to know what It represents this club and this shirt.

Alves had been playing for Brazilian side Sao Paolo before clinching a return to Spain. 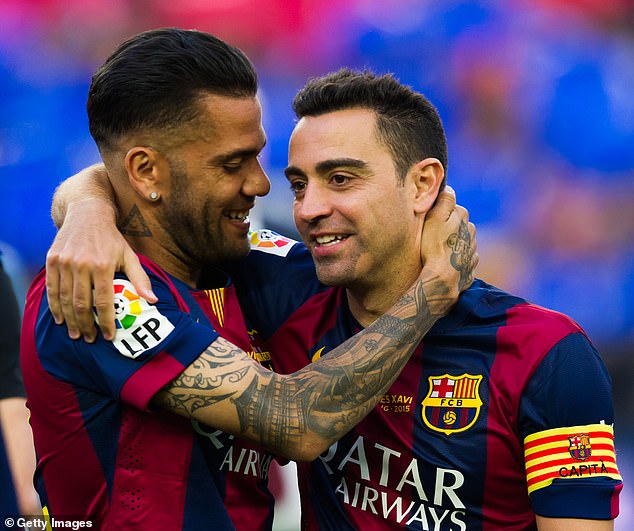 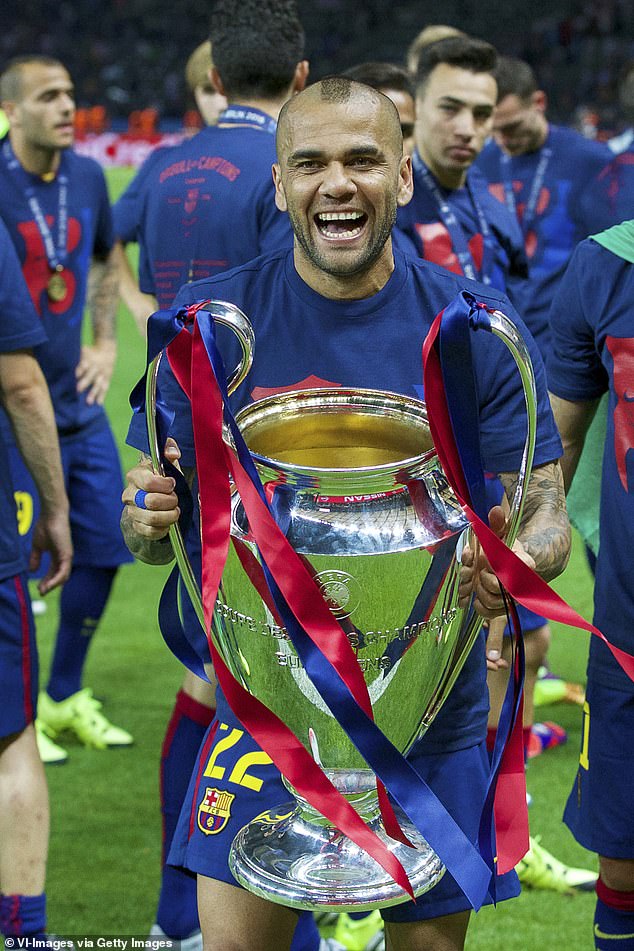