Danica Patrick has ended her career by crashing out of the 102nd running of the Indianapolis 500, with Australian Will Power going on to win the race.

Former NASCAR star Patrick, 36, had said last season that the Indy 500 would be her final race, and couldn’t hide her disappointment after spinning out of Turn 2 on her 68th lap on Sunday.

Patrick finished 30th out of a field of 33, her lowest spot in her eight starts at ‘The Greatest Spectacle in Racing.’

‘It was definitely not the way that I wanted it to end,’ she said softly to reporters after leaving the track.

Danica Patrick waves as she’s introduced before the start of the Indianapolis 500. The race ended in disappointment for her 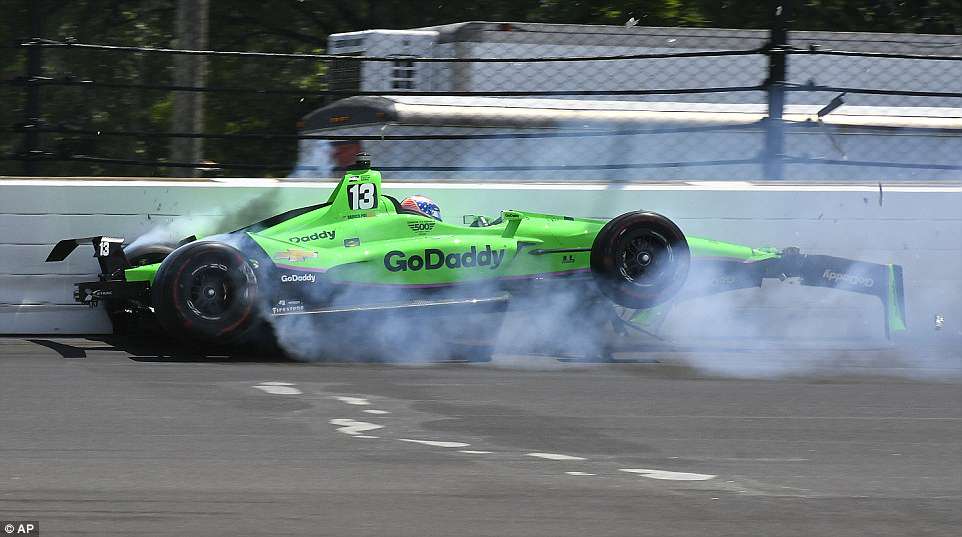 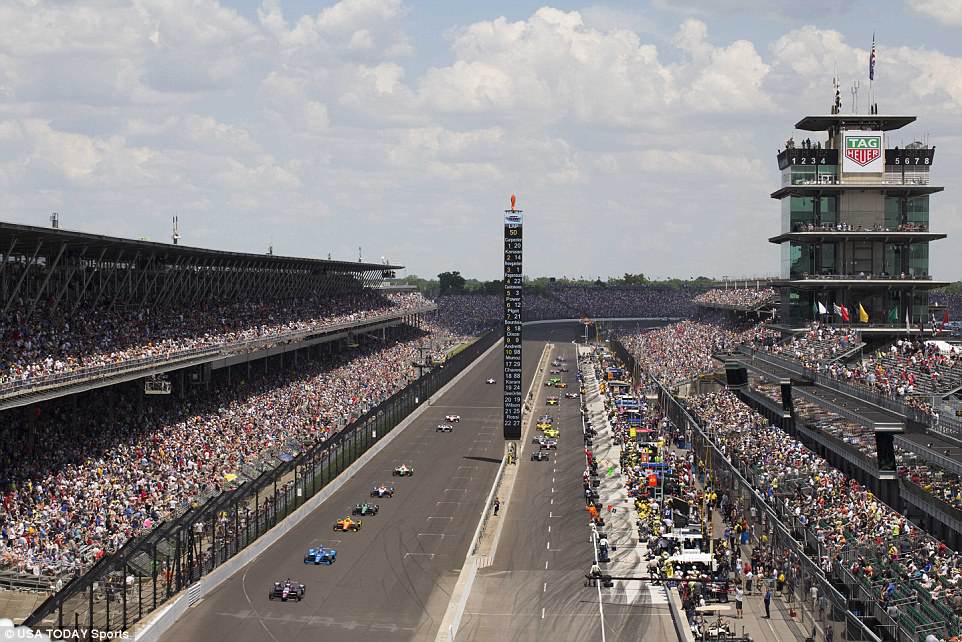 The massive Speedway (above) has permanent seating for 250,000 and can seat another 50,000 on the infield

‘Definitely not a great ending,’ she said. ‘But I kind of said before I came here that I feel like if it’s a complete disaster – complete like as if not in the ballpark at all, look silly – then people might remember that. If I win, people will remember that.’

‘But probably anything in between might just be a little part of a big story, so I kind of feel like that’s how it is, you know,’ she continued.

The former NASCAR star is the only female driver to lead laps in the Indy 500 and the Daytona 500, creating a strong brand and becoming a role model for little girls everywhere.

She decided last season to end her racing career and start the next chapter of her life. She created the ‘Danica Double’ as a farewell tour, running one final time in the Daytona 500 and the Indy 500.

She also crashed at Daytona in February and finished 35th. She spent the last few months getting re-acclimated to an Indy car after a seven-year hiatus and looked like a contender while qualifying seventh. 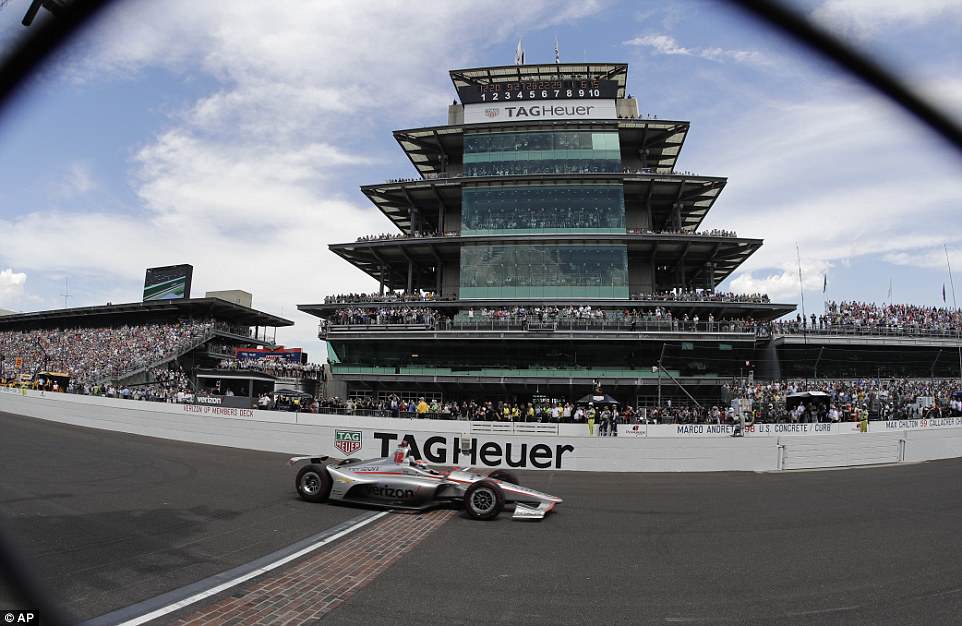 Will Power, of Australia, crosses the finish line to win the Indianapolis 500 auto race at Indianapolis Motor Speedway 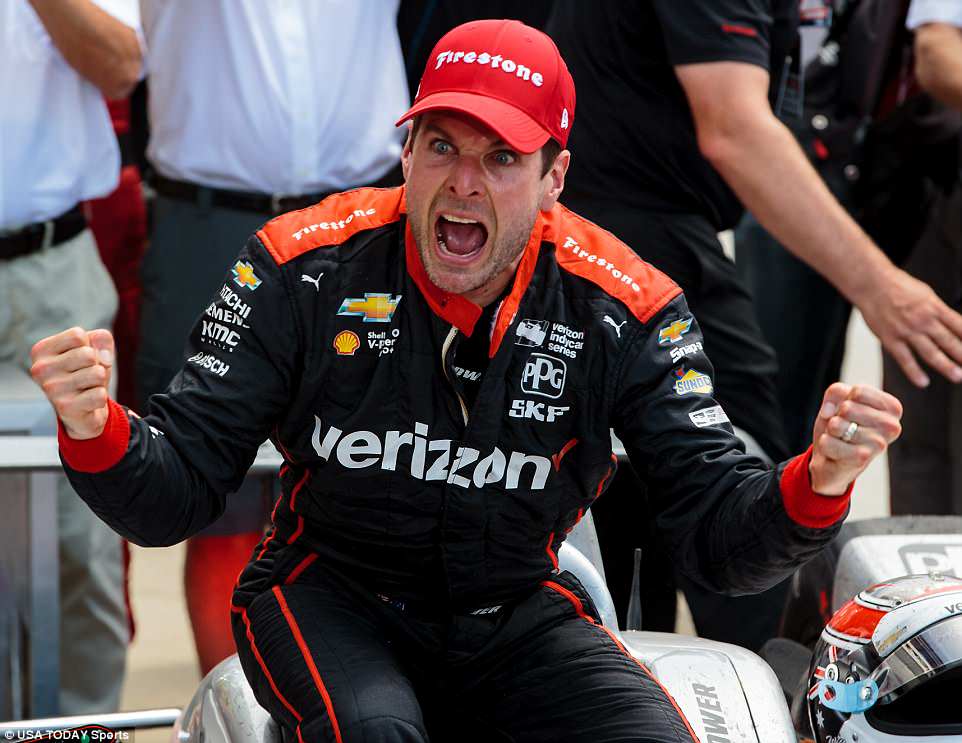 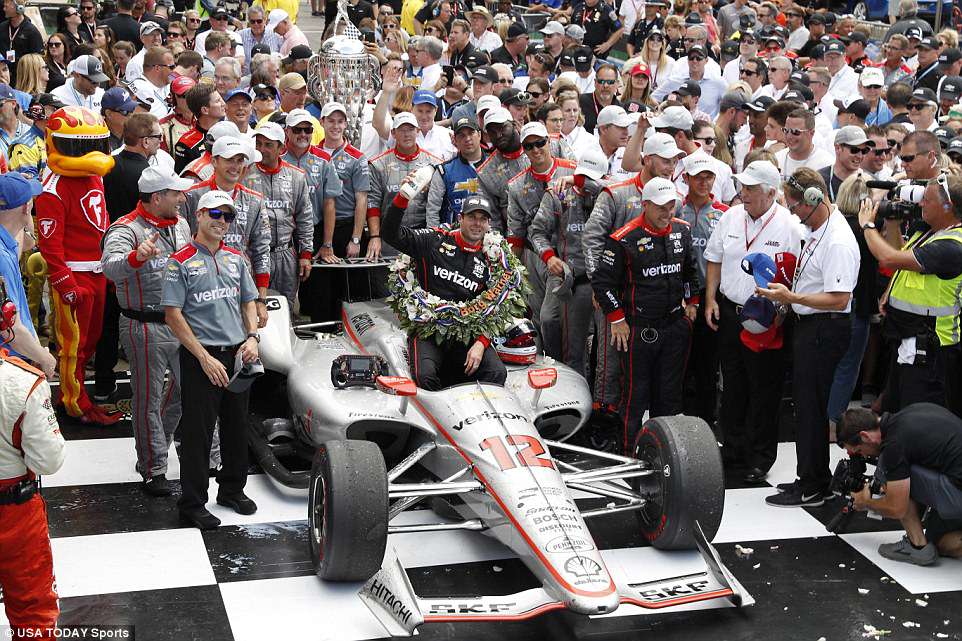 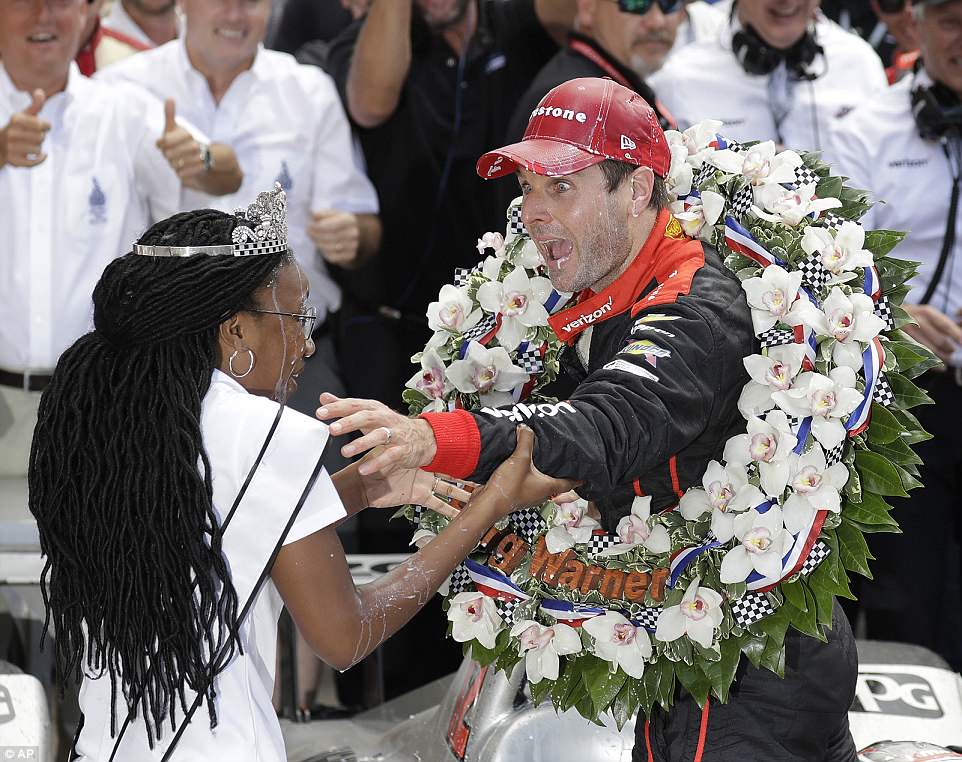 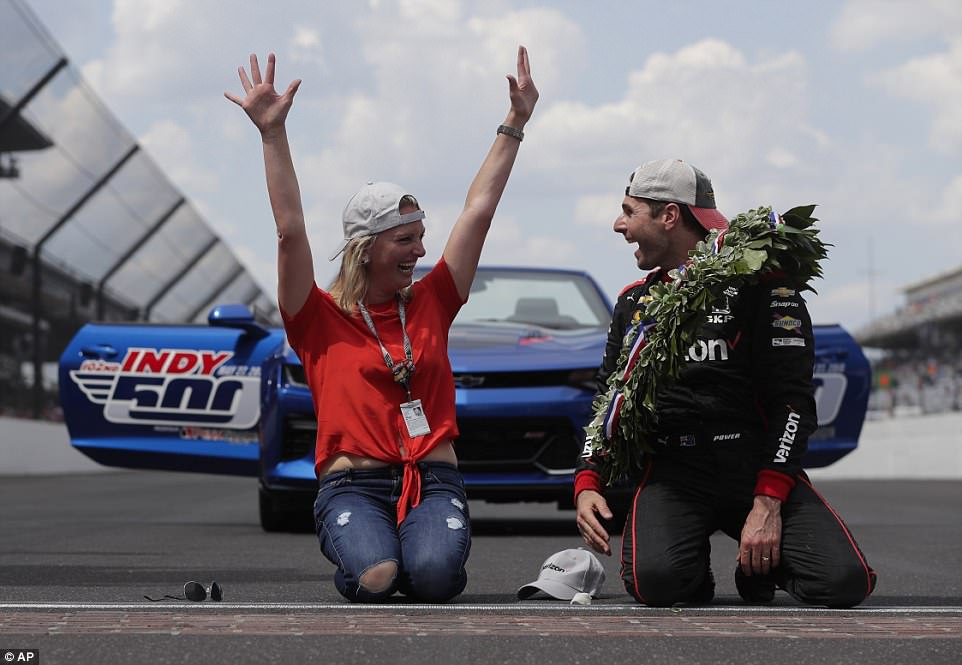 Power could not contain his glee. He screamed to wife, Liz, took a sip of the traditional bottle of milk given to the race’s winner, then dumped the rest over his head and around his crew.

Liz Power reached for the empty milk bottle, then pointed out to her husband that he’d sprayed milk all over one of the Indy 500 princesses. He apologized, then screamed some more.

‘I was wondering if I would ever win it and thoughts when through my mind during the month, my career,’ he said. ‘I’ve had so many wins, so many poles. Everyone talks about the 500 and I just couldn’t imagine winning a race in front of a crowd like this, this many people. It’s just amazing.’

Power actually swept the month of May at Indy after winning on the road course two weeks ago, and the Australian now has 34 wins in IndyCar, tying him with Al Unser Jr. for most on the career list.

Car owner Roger Penske arrived in Indy with four fast Chevrolets, and an engine builder determined to snap Honda’s two-race Indy 500 winning streak. The Chevys were the fastest cars in the field and Team Penske had four strong chances to win. 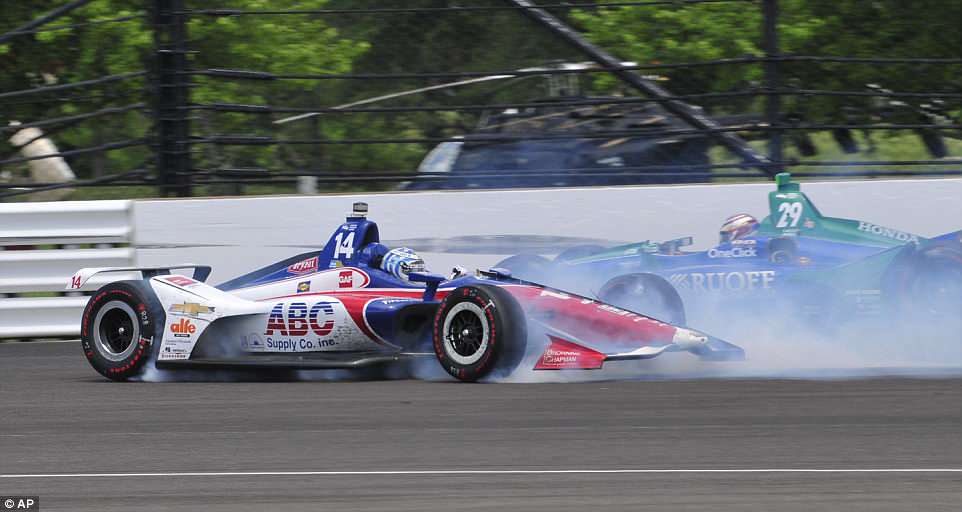 There were multiple spin-outs on the slick track, including Tony Kanaan (14) of Brazil who lost control of his car 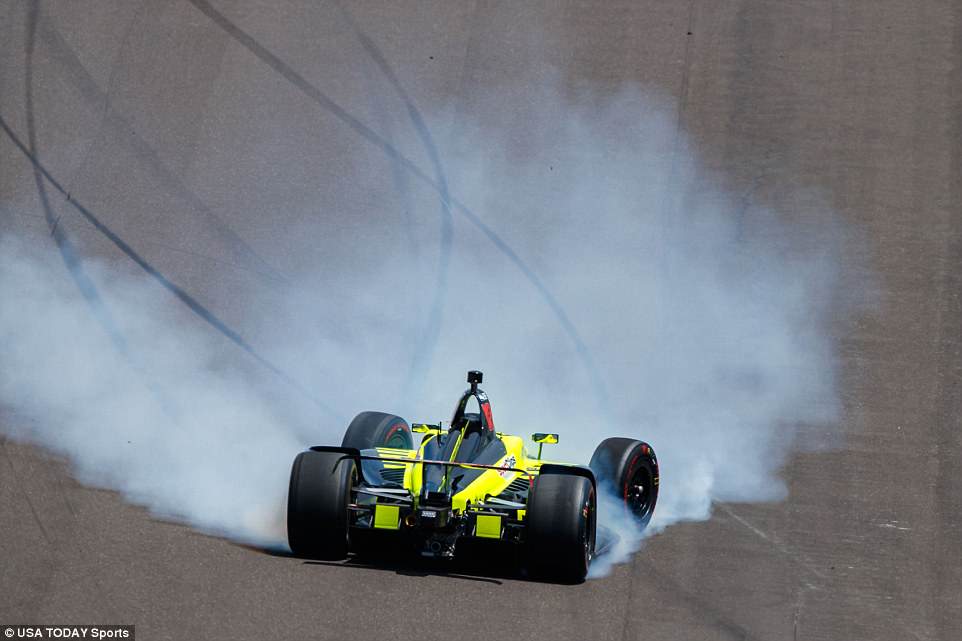 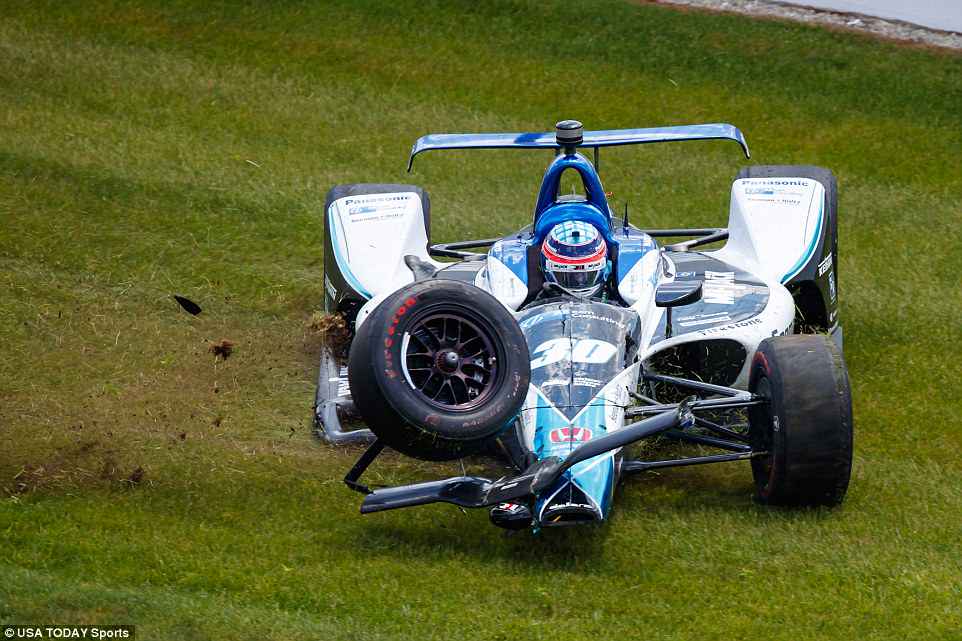 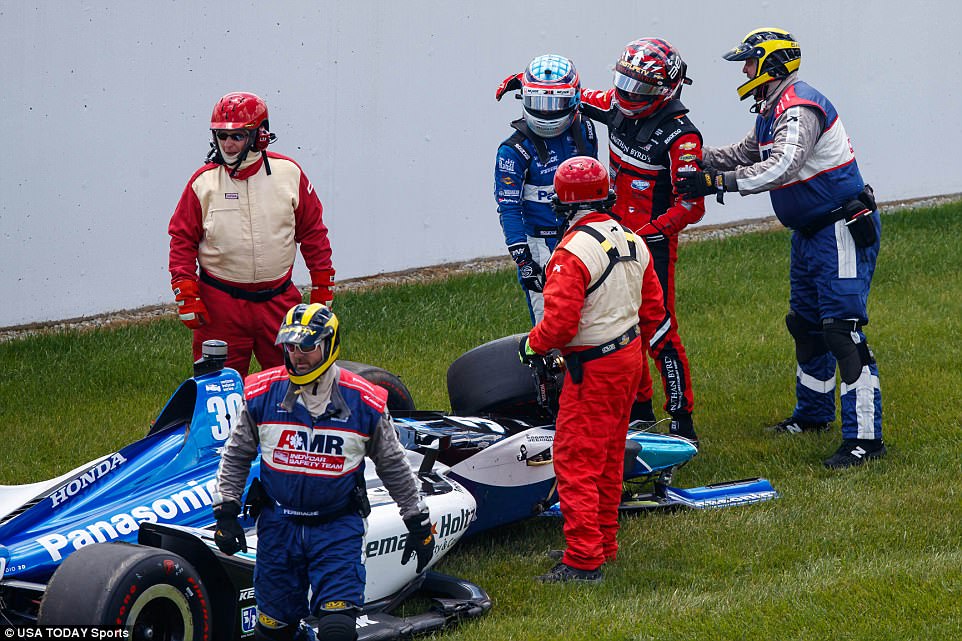 As Power held off pole winner Ed Carpenter to win his first Indy 500, the 81-year-old Penske pumped his fist in the air and clapped for his driver. Penske was elected to the NASCAR Hall of Fame earlier this month, and had a shot at closing Sunday with a victory in the Coca-Cola 600 in North Carolina.

‘He won this race today because he was the best,’ Penske said.

Multiple high-profile drivers crashed out of the race, with the 91 degree heat creating slick track conditions, and new cars with less downforce proved to be a handful for even the most experienced of drivers.

Along with Patrick, Helio Castroneves, Tony Kanaan and Sebastien Bourdais were among those who crashed in single-car spins. Defending race winner Takuma Sato was also knocked out when he ran into the back of a slower car.

Honda didn’t win the race but did manage to put six of its cars in the top 10.

Kanaan led at least one lap in his 14th Indy 500 to break a record he had shared with four-time race winner A.J. Foyt.