Danica Patrick revealed that she has removed her breast implants this week after suffering from what she believed to be breast implant illness.

In a lengthy Instagram post the former professional racing driver, 40, detailed how her implants have deteriorated her health, saying that in 2020, ‘the wheels came off.’

‘I had cycle irregularity, gained more weight, my hair wasn’t looking healthy at all and my face was a different shape (weird I know),’ she wrote.

Recovering: Danica Patrick revealed that she has removed her breast implants this week after suffering from what she believed to be breast implant illness

Danica explained that after getting her implants in 2014, she decided to take them out on Wednesday.

Patrick revealed that she enjoyed them for the first couple of years, but that in 2018 she began to see changes in her health.

The star stated that she is sharing her story in the hopes of helping others: ‘My belief is, it’s not if but when you develop symptoms. Some are right away, others are over 15 years later. Silicone is a foreign object and leaches chemicals.’ 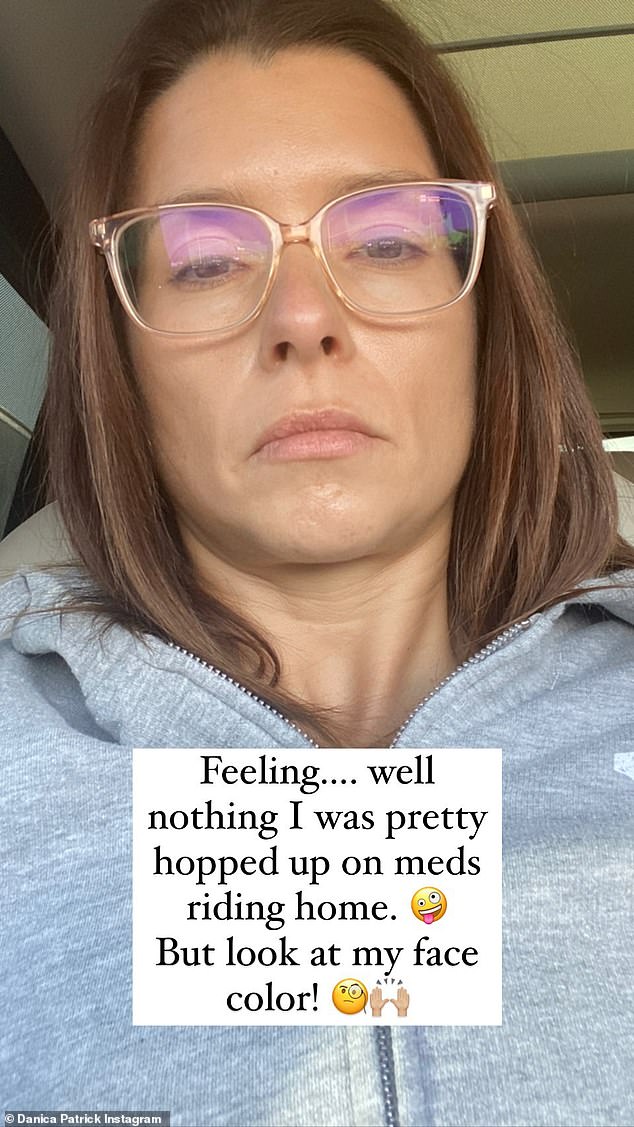 Health issues: She has been struggling in recent years and believes the implants were having an adverse effect on her 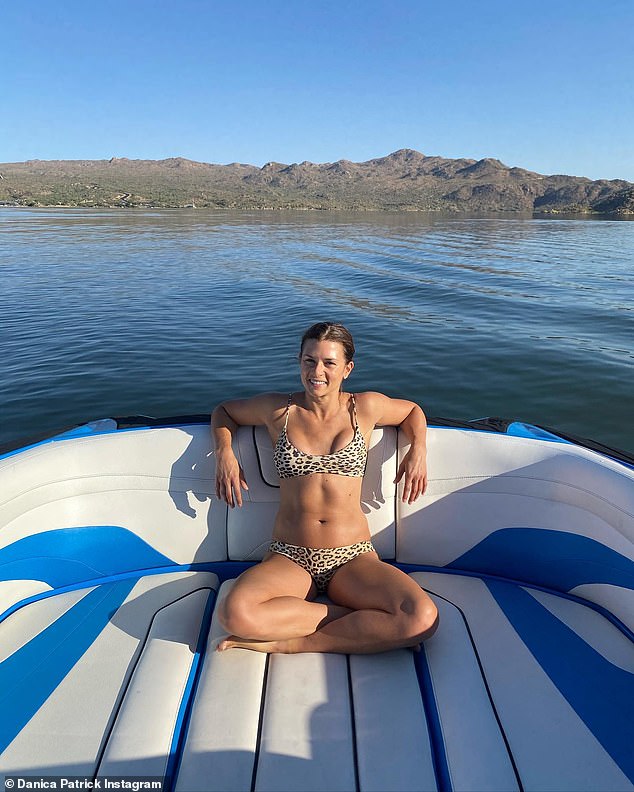 Struggles: In a lengthy Instagram post, the former racing driver, 40, detailed how her implants have deteriorated her health, saying that in 2020, ‘the wheels came off’; Pictured in 2020

‘I wasn’t sure I was ready to share this…. but then I remembered that true vulnerability is sharing something you’re not really ready to. So here it is,’ she began her post.

‘I got breast implants November of 2014. I got them because I want to have it all. I was really fit, but I didn’t have boobs. So I got them. Everything went well, and I was happy with them.’

‘Fast forward about 3 years to early 2018, and I noticed that my hair was not as healthy and was breaking off. I also gained a few pounds and had no luck losing it,’ she explained.

Patrick then revealed that in 2020 she started trying to figure out what was causing her symptoms. 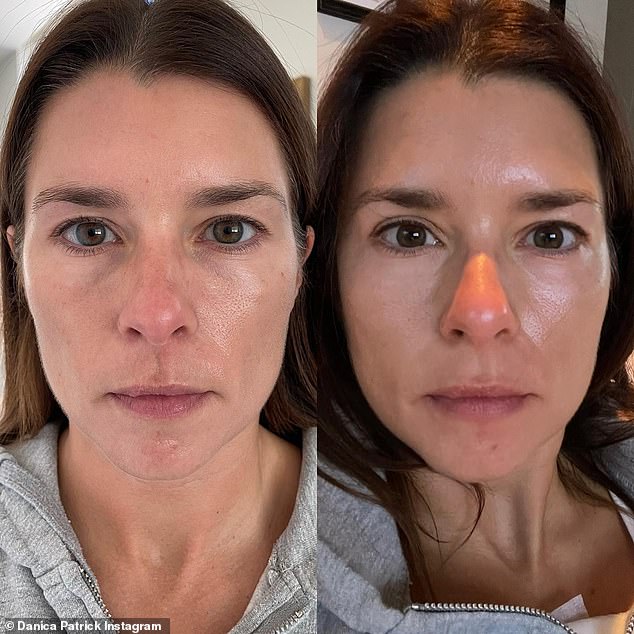 Before and after: Patrick also posted a before (left) and after (right) surgery shot of her face, where she noted immediate positive changes including ‘more color’ and ‘less dark circles’ 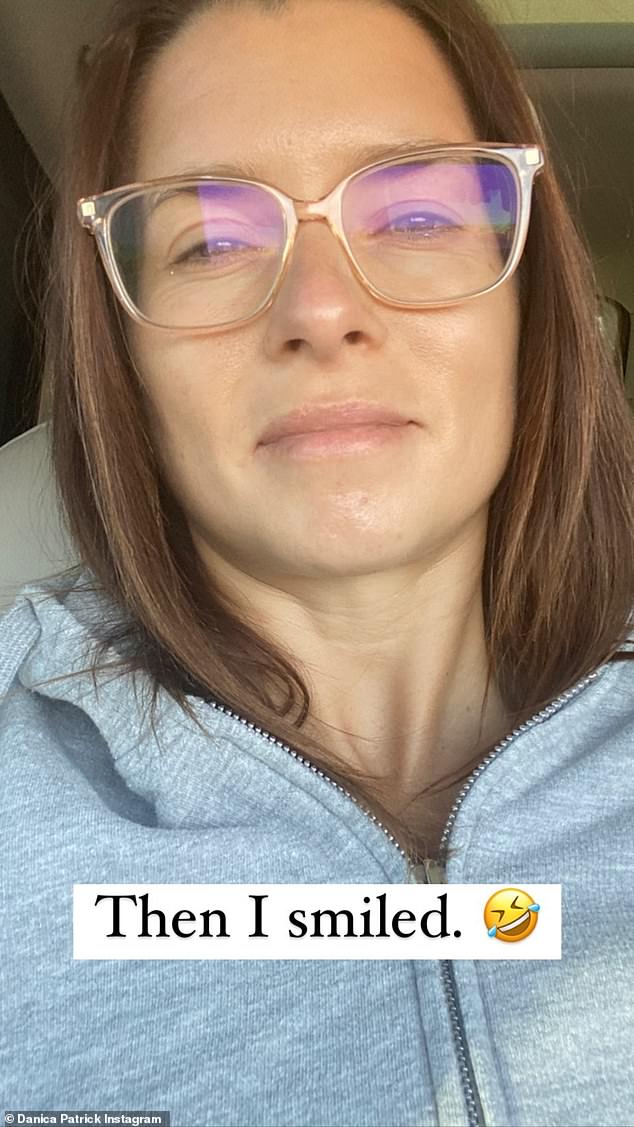 Feeling better: She also took to her Stories, sharing photos of herself in the car on her way home after the surgery as she smiled

‘I went down the rabbit hole to figure it out. I did every test that could be done.’

The Wisconsin native explained that she saw positive improvements just hours after the surgery, showing side by side photos of herself before and after the procedure. 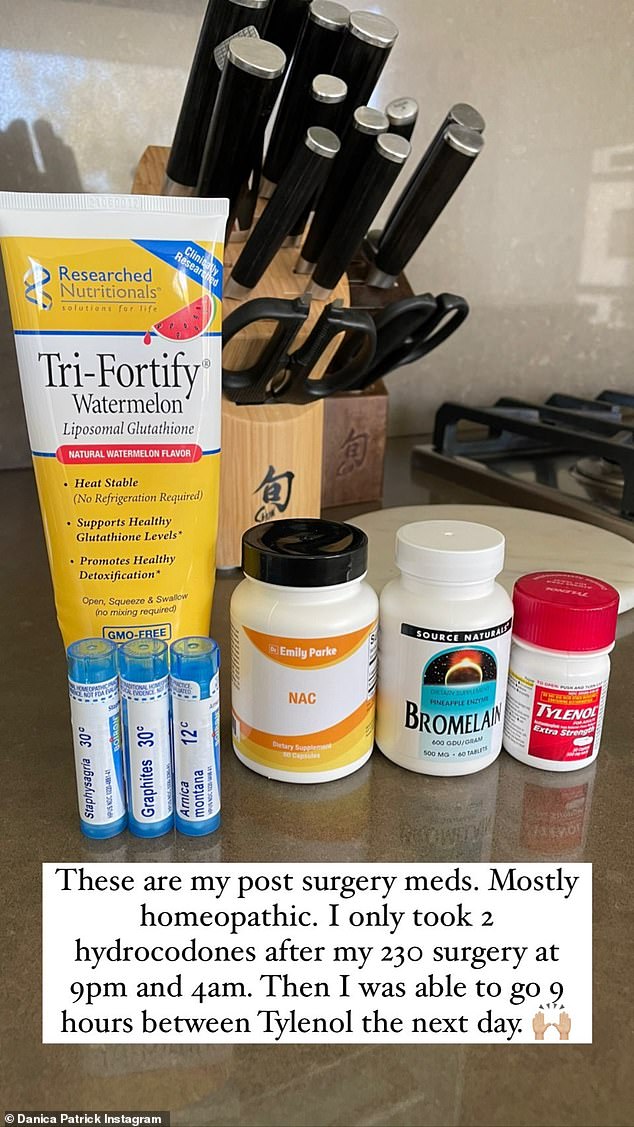 ‘Within hours after surgery this is what I noticed – my face had more color and less dark circles (no food before the second pic), my face started producing oil again, I could take a 30% deeper breath into my chest already, and I had so much energy when I woke up (and surgery was at 230pm).’

She also took to her Stories, sharing photos of herself in the car on her way home after the surgery.

‘Feeling…. Well nothing I was pretty hopped up on meds riding home. But look at my face color!’ she wrote on the first slide.

In the next picture she was seen in a cheerful mood after the procedure, writing, ‘Then I smiled.’

In another snap, she shared her post surgery medication, which were mostly homeopathic. Patrick also shared a photo of her undergoing red light therapy for ‘mitochondrial health’ adding that she will also use a ‘dry brush’ to get the ‘lymphatic system going.’ 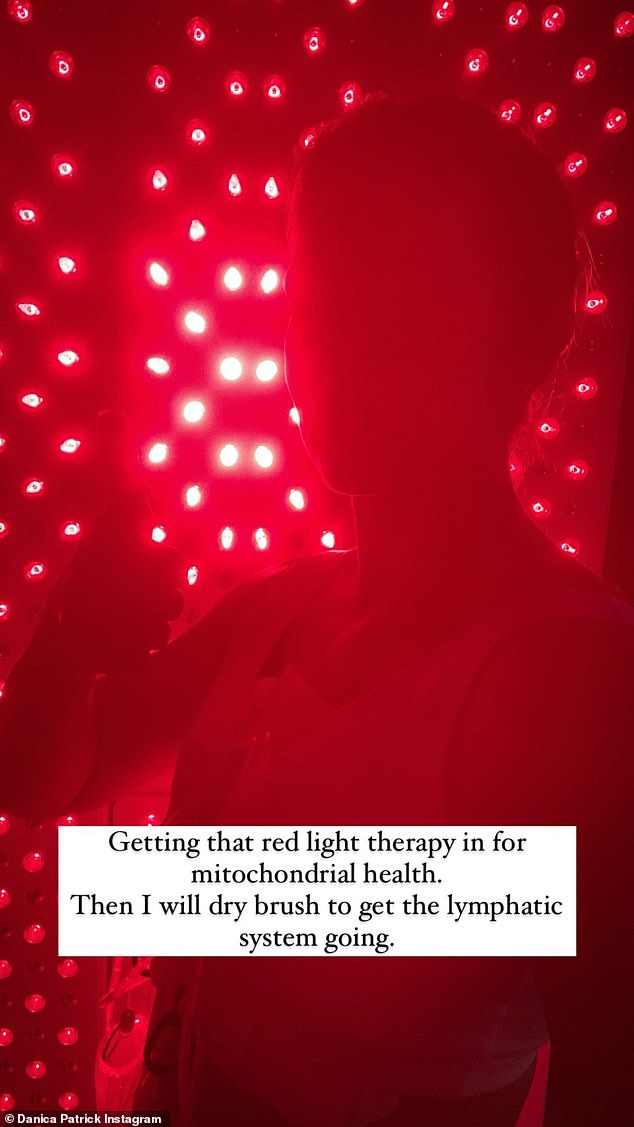