A fired up Daniel Andrews crowded Anthony Albanese out of the campaign spotlight during the Victorian Premier’s first joint campaign event with the federal Labor leader.

Mr Andrews was unexpectedly called from the side of to answer a question about his relationship with Scott Morrison on Tuesday at a campaign event in which the federal Labor leader pledged $2.2billion to support the Victorian government’s suburban rail loop project in Surrey Hills, Melbourne.

However, it was Mr Andrews – who became a national figure during the pandemic as Victoria became the most locked-down jurisdiction in the world – who stole the limelight, blasting the ‘the miserable Morrison Government’ for offering Victoria ‘zero dollars’ for the rail project.

Mr Andrews took quite some time to return the press conference to Anthony Albanese – with the Opposition Leader seen in the background awkwardly peering anxiously over his shoulder.

Eventually, after a bit of ducking and diving to let Mr Andrews know who was supposed to be the star of the show, Mr Albanese managed to take back control.

After three minutes and 40 seconds, Mr Andrews bagging the Prime Minister and the Coalition government, he finally got the idea that the launch was supposed to highlight the federal Opposition leader’s commitment to Victoria.

Mr Andrews even said: ‘At the end of the day, this is Albo’s press conference and back to him!’

This was followed by uneasy laughter from the would be PM, the Premier and the other Labor MPs on stage, including Jim Chalmers and Catherine King.

Before being forced to hand the reins of the press conference, Mr Andrews had lambasted the federal Coalition government.

‘Every federal dollar that Victorians get from the miserable Morrison Government, where we ought to bow our head and treat it like it’s foreign aid, we have been ripped off by this Liberal-National Government,’ he said. 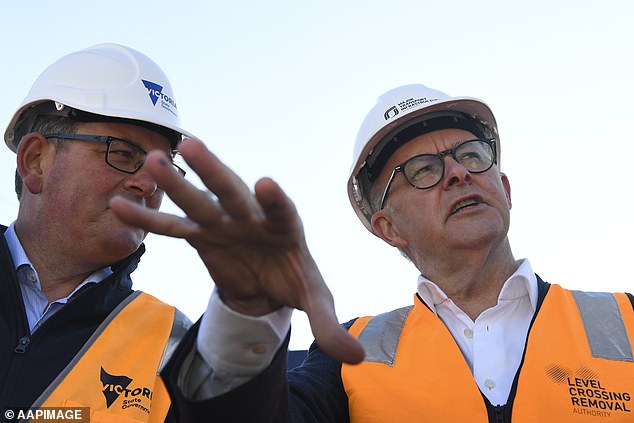 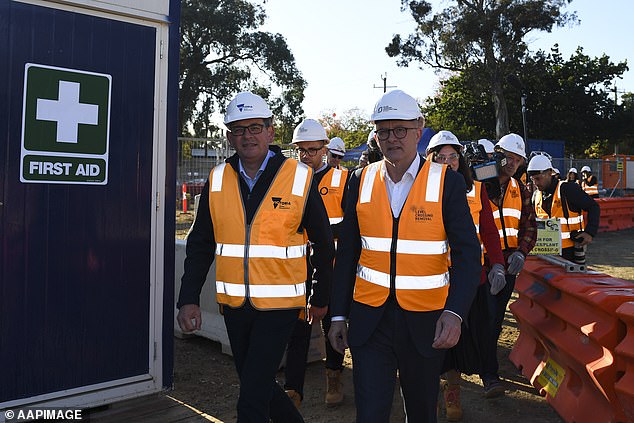 ‘Mr Morrison … ought to have been here delivering for Victorian workers and families.’

Referring to a local rail project, Mr Andrews said ‘I’ve had a conversation with the Prime Minister about suburban rail loop, and zero dollars. Zero dollars.

‘The contrast could not be clearer. Anthony Albanese is about building things. He’s about partnership. 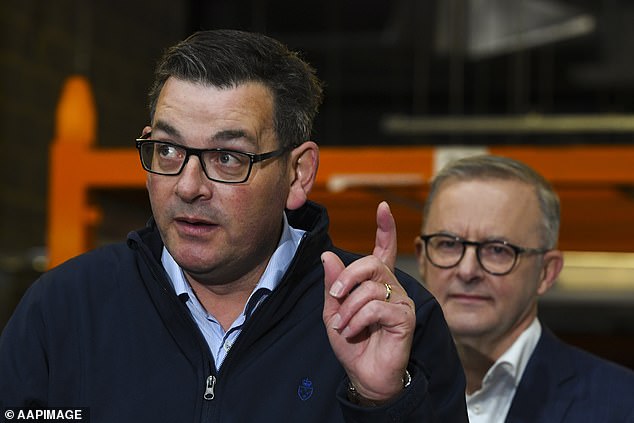 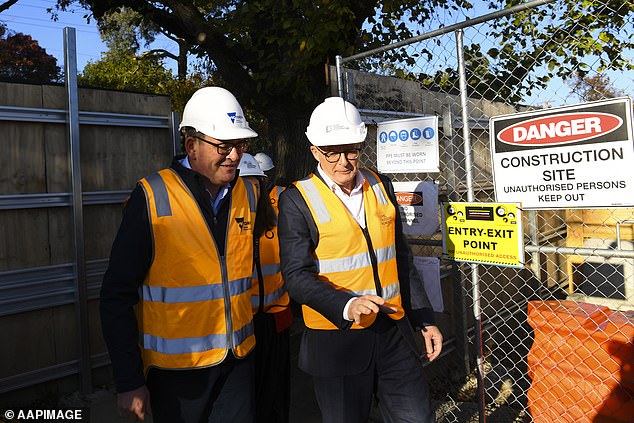 ‘He’s about creating jobs. He’s about making sure that our cities and regions, our nation, actually works,’ he said.

Mr Andrews then said Mr Morrison is ‘a bloke who is so desperate, because he’s been there for a decade and done precisely nothing … (he has) got an excuse for everything and a plan for nothing’.

‘This is the sort of stuff that comes out of prime ministers who have just run out of time,’ he said.

And seconds after that, Mr Andrews realised he had run out of time himself, when Mr Albanese finally managed to catch his eye and let him know who was the real boss. 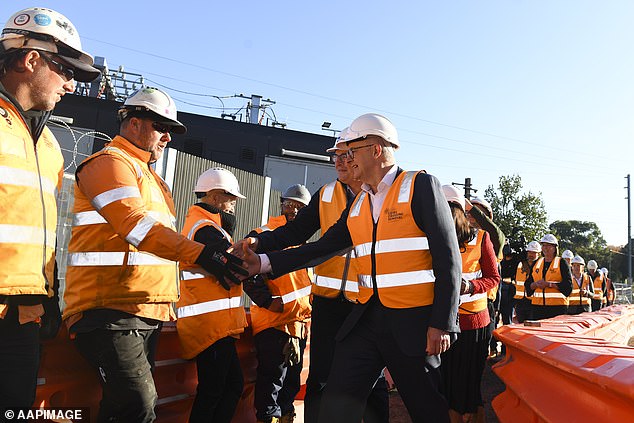 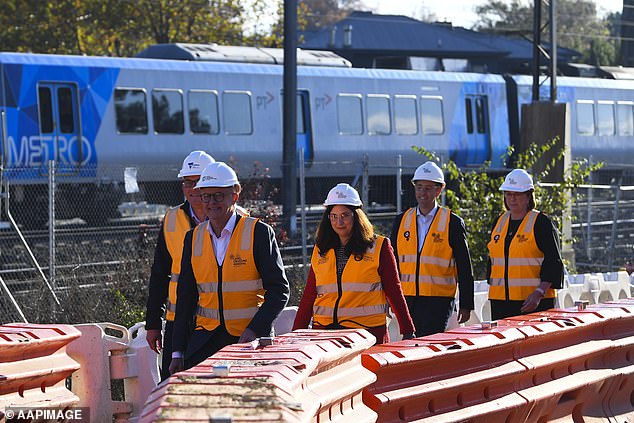