A major inspection and enforcement blitz of at-risk Victorian businesses will kick off across the state this week, with the spread within workplaces worrying authorities.

The state government announced the crackdown on Sunday to target at-risk workplaces including those with known COVID-19 cases, or where there is a high risk of the virus given precedent in the industry.

Victorian Premier Daniel Andrews said more than 80 per cent of second wave cases could be linked to transmission within workplaces.

He also announced a scheme to ensure workers in aged care homes have access to sick leave to ensure they do not go to work if they are unwell.

’80 per cent of our new cases since mid-May are through workplace transmission,’ Mr Andrews said.

A group of walkers at Fitzroy Gardens in East Melbourne on Saturday. Premier Daniel Andrews has announced a major inspection and enforcement blitz on Victorian workplaces to stem the spread of COVID-19 infection on site 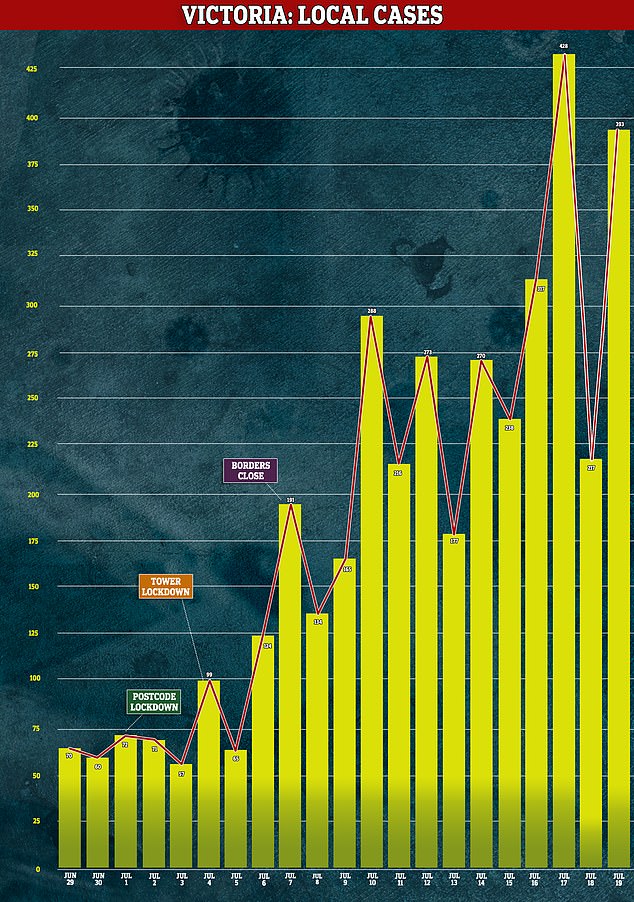 He said the federal government would be funding the scheme – giving aged care workers forced to isolate the same amount per fortnight as the JobKeeper wage subsidy package.

‘If an aged care worker or, in fact, any worker does not have access to leave entitlements, they can access a $1,500 payment from the Victorian Government to ensure that they can be isolated for that 14-day period,’ Mr Andrews said.

‘This is a really important measure to ensure that people are not having to make a difficult choice between putting food on the table for their family or turning up for work when they are unwell.’

WorkSafe, Emergency Management Victoria and Victoria Police will coordinate the enforcement blitz in workplaces across the state.

Of these, 3,460 visits and 1,700 virtual inquiries were directly related to or addressed COVID-19. 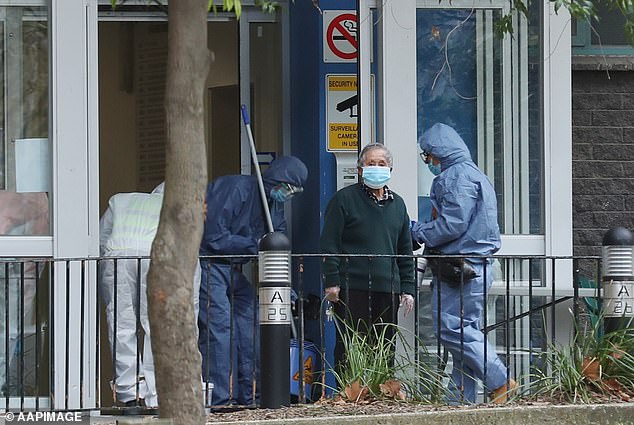 A man walks along Melbourne’s Princes Bridge on Friday. The state recorded 217 cases on Saturday – just over half the number of infections confirmed the day before

‘This inspection blitz will identify any workplaces who are not meeting the high standards necessary to keep their employees safe,’ Workplace Safety Minister Jill Hennessy said in a statement.

‘There is no room to cut corners or be complacent. Workplaces need to take every step possible to maintain safe workplaces and prevent or limit the spread of coronavirus.’

Meanwhile, many public housing residents in North Melbourne are coming out of a two-week ‘hard’ lockdown after a coronavirus outbreak.

They can now leave their homes for food, medicine, exercise, study and work – like the rest of Melbourne.

But up to a third of the tower’s residents, who either have the virus or are a close contact of someone who does, must remain in their units until they’re cleared.

AMSSA Youth Connect, a not-for-profit community organisation based in North Melbourne, said many of the Alfred Street residents will be in great need of allied health, psychological support and new employment.

A social worker for the organisation, Adna Abdikadir, said the two-week full lockdown was ‘really upsetting and really traumatising’ for many.

Victoria’s ombudsman is investigating the treatment of people across the Alfred Street tower and eight other towers shut down for five days in July. 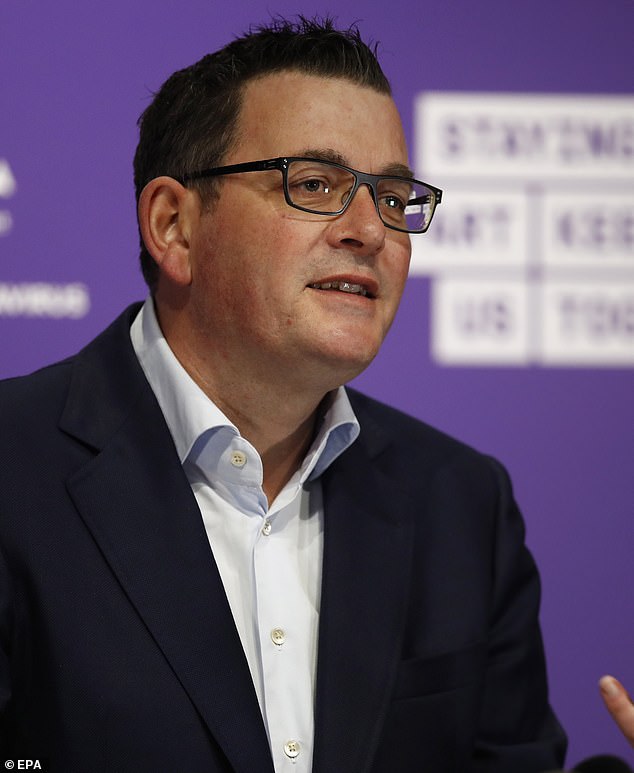 Concerns have been raised about communication with the residents, their access to food, exercise, fresh air, medical supplies and care.

Mr Andrews announced on Sunday the state had recorded another 363 cases and three more deaths from the infectious respiratory disease.

Face masks will also be mandatory from 11.59pm on Wednesday night.

The inquiry was instigated by Premier Daniel Andrews after it was revealed protocol breaches by security guards at two Melbourne hotels led to outbreaks.