Karl Stefanovic had a heated clash with Victorian Premier Daniel Andrews about the state of affairs in Melbourne following the announcement of a second coronavirus lockdown.

The Today show host described Victoria’s COVID-19 second wave as ‘a mess’ before pressing the Premier on whether further disappointing announcements would be made today.

Victoria recorded 191 new cases of COVID-19 on Tuesday – the biggest daily increase since the outbreak began – plunging 5.2million people in greater Melbourne back into lockdown for six weeks effective from 11.59pm on Wednesday.

The second outbreak has been linked to a bungled operation at mandatory hotel quarantine facilities. 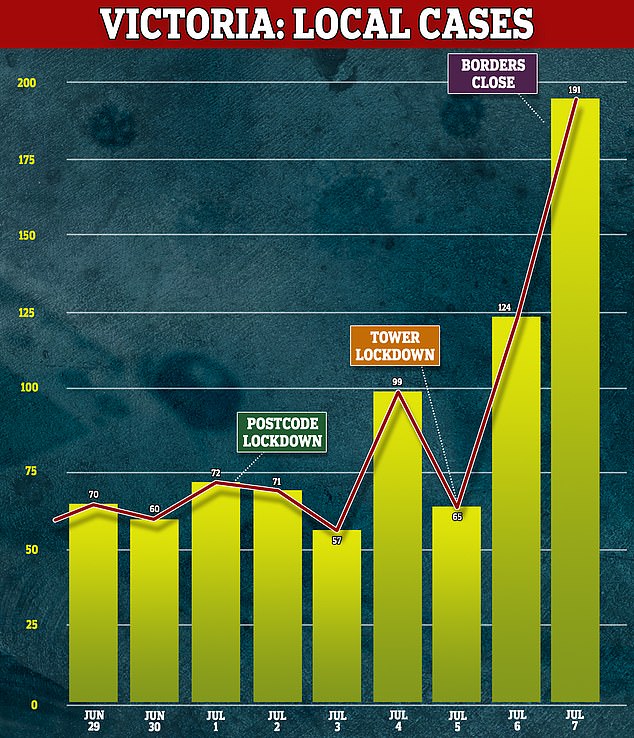 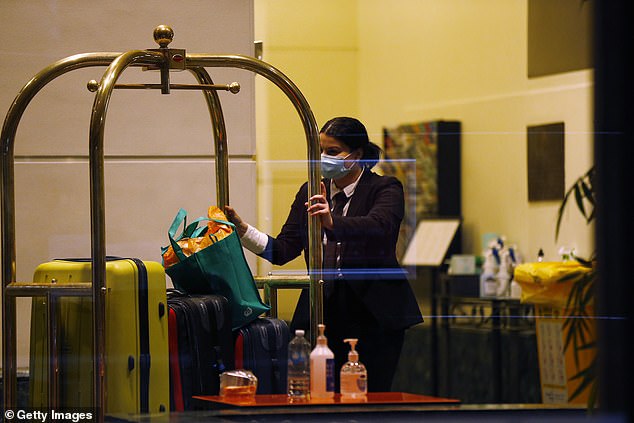 ‘It’s difficult to recall a bigger political bungle than this,’ Stefanovic said on air, before asking if Mr Andrews would resign.

The Premier said he was committed to seeing out the crisis and continuing to make the ‘tough calls’ to ‘keep Victorian’s safe’.

‘How could you blame Victorians yesterday for the outbreak when it was your government’s decision to employ an incompetent private security force to guard those in quarantine?’ Stefanovic asked. ‘That’s an unbelievably catastrophic bungle right at the front door.

Mr Andrews managed to skirt around the questions by reminding the Today show host that an independent inquiry was underway to determine the failings of the quarantine process.

People have been critical of the state government’s decision to hire private security firms to manage the mandatory quarantines rather than the police or military – which is what other states did. 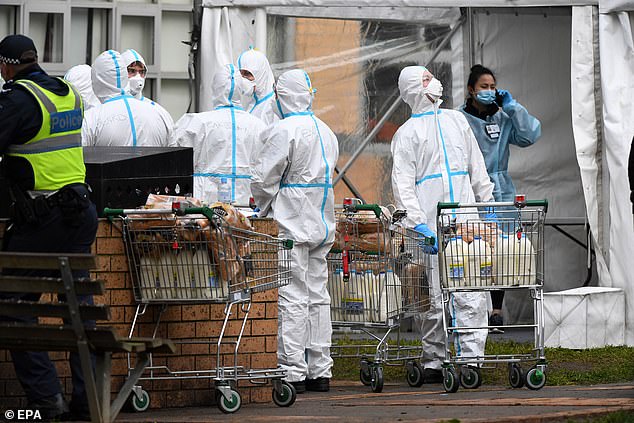 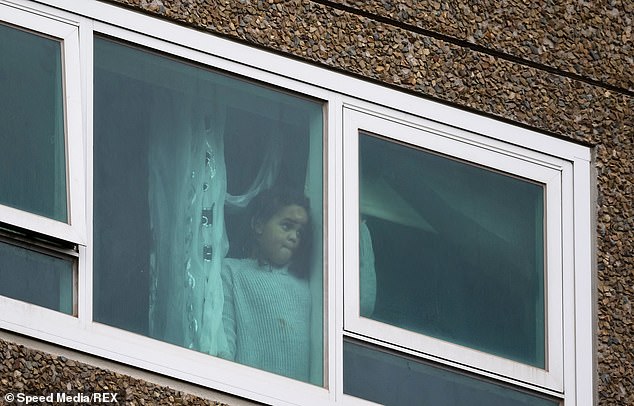 A resident seen in the window of her housing commission flat, which is now in lockdown 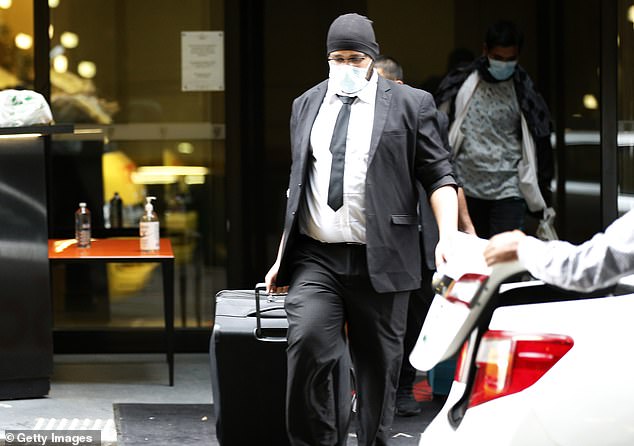 ‘There will be accountability. As I said, I’m the leader of the government and I accept responsibility for everything that happens right across our state,’ Mr Andrews said.

‘Part of the responsibility I have is to make the tough calls. This is not about popularity, this is a pandemic’.

Still, Stefanovic pressed on, demanding to know whether the issues within the system had been fixed and insisting the state government ‘knew the answers already’ without a lengthy inquiry.

‘Karl, I haven’t come on your program to have an argument with you. The key point is we know we need an independent process. I think people will be rightly critical if we didn’t have an independent  process,’ Mr Andrews said.

The Premier explained the private firms were no longer contracted to provide security for quarantine hotels, and said there are no flights coming into Melbourne temporarily in an attempt to deal with the problem. 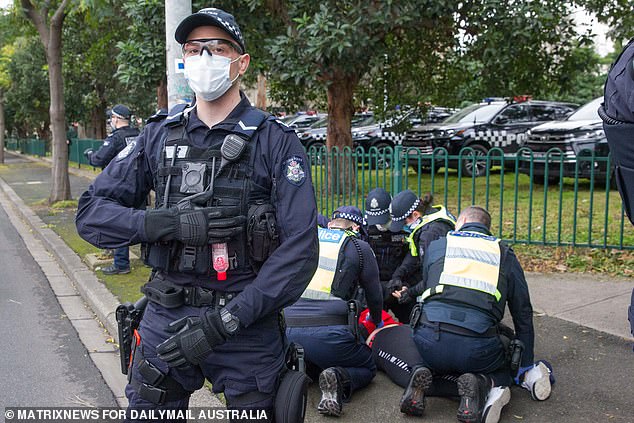 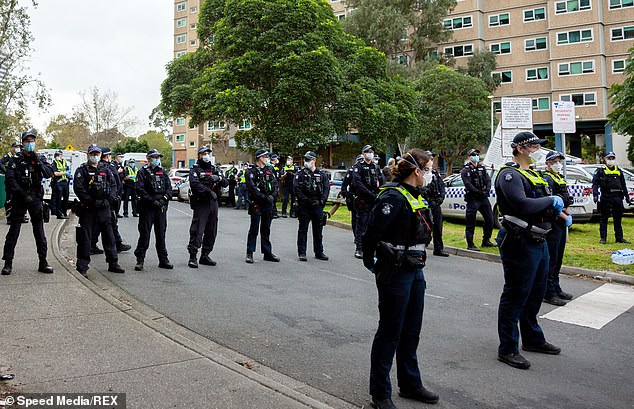 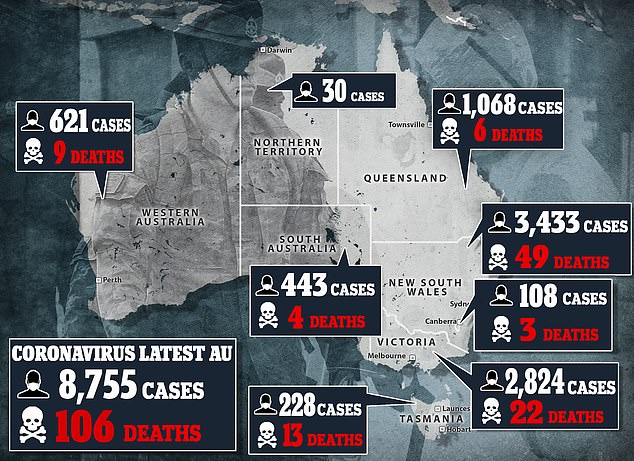 ‘How this started, I can’t change that. I can only make the decisions now to set us up for the future and to keep us safe,’ he said.

When told critics were calling him ‘stubborn’, the Premier was quick to shut down the notion.

Later during an appearance on Sunrise, Mr Andrews was asked whether he thinks the Black Lives Matter protests in Melbourne contributed to the catastrophe.

‘No one gave the go-ahead. Logic tells you, you shouldn’t do that,’ he explained. ‘I was clear they should not be protesting.

‘The influence that had is for other people to judge. A small number have come from that.’ 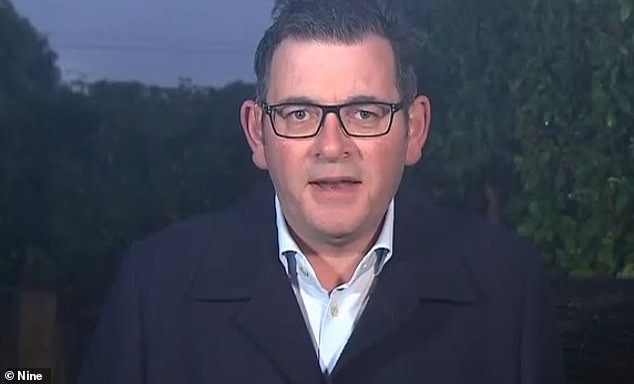 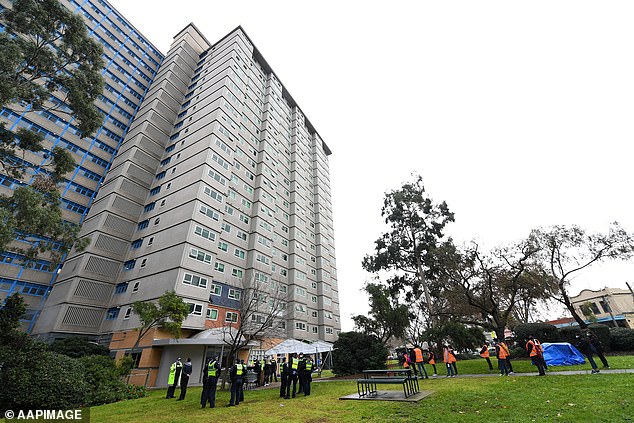 But Mr Andrews also admitted no cases were contracted directly from attending the rally, and from what they know, just four people who were there had the deadly respiratory infection.

The Premier said despite his best efforts to keep Victorians safe, he takes responsibility for the second outbreak and will now do everything in his power to get it back under control again.

‘If this gets right away from us, we will see some very ugly scenes. Great tragedy. We will see thousands of people in hospital and many, many dying. That’s the reality.’

Widespread testing is currently underway in the 10 housing commission towers which are under strict lockdown orders.

Mr Andrews said once that testing is completed, he hopes to ease the lockdown to the same conditions as the rest of Metropolitan Melbourne, which means people can leave the house for four reasons. 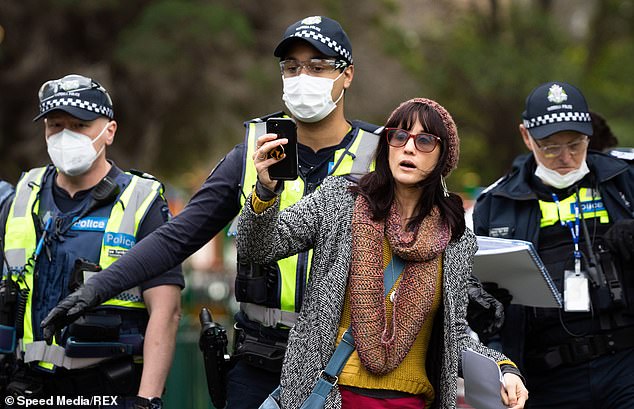