We don’t see much of Berlin-based Daniel Hope these days, but an album like this shows us what we are missing.

Hope is a genuine all-rounder; not just a violinist of distinction, with an impeccable technique, drawing consistently warm tones from his 1742 Guarneri, but also an experienced conductor and author (with four books to his name) and a broadcaster with a weekly radio show in Germany.

Hope always gives much thought to his albums, and has been rewarded with multiple awards, and great sales figures. For instance, his Vivaldi collaboration with the contemporary composer Max Richter sold more than 250,000 copies. 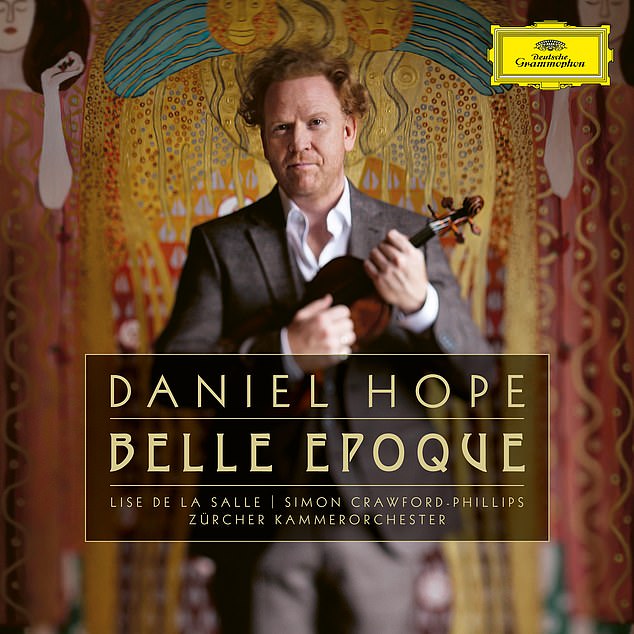 Much of the music on Daniel Hope’s new album, Belle Epoque, is indeed beautiful, with a bit of it challenging but all of it establishing the extraordinary creativity of the age

And this new double album ought to do well. Hope’s thesis here is that the Belle Epoque era, from the end of the Franco-Prussian War to the First World War, was not only a time of great social change but also of enormous developments in music, with the final flowerings of late romanticism and the emergence of atonalism.

Hope is fascinated by the social turbulence of the period: ‘There was nothing “Belle” about it; it was a thin gilding that masked an era of serious social problems, political tensions, discontent among the working classes and imperialism. And yet with hindsight we tend to look at it and say, “isn’t that beautiful”.’

And much of the music here is indeed beautiful, with a bit of it challenging but all of it establishing the extraordinary creativity of the age.

On CD 1, Hope, with the Zurich Chamber Orchestra, of which he is music director, offers a connoisseur’s choice of music, from Ernest Chausson’s often overlooked Concert For Piano, Violin And String Quartet (here played by a full body of strings) through Debussy, Massenet, Richard Strauss and melodic Schoenberg, to one of his particular favourites, Elgar’s Introduction And Allegro, here played with great gusto and conviction.

It’s typical of Hope to focus on Chausson, an almost forgotten figure these days, who composed very little. But what Chausson did create is consistently interesting. Musically, Chausson was a conservative, but ahead of his time in one respect; he contrived to get himself killed in a cycling accident as early as 1899.

On CD 2, partnered by the pianist Simon Crawford-Phillips, Hope offers 20 pieces of chamber music, ranging from Rachmaninov, Debussy and Fauré to Berg and Webern.

Hope is a musician of real authority across the piece, and this double album will bring rich rewards to the curious.