The father of a 13-year-old boy who was abducted and murdered in 2003 has said footage of a young girl being kidnapped from a Kmart store should be a ‘reality check’ for all Australians.

Sterling Free, 26, pleaded guilty on Wednesday to abducting a seven-year-old girl from a Kmart at Westfield North Lakes in Brisbane in December 2018.

The court heard he had told her ‘follow me’, and she had. He then took the girl to Pumicestone Passage, about 30 minutes’ drive from the shopping centre, before bringing her back to the store.

Bruce Morcombe, whose 13-year-old son Daniel was abducted and murdered in 2003, told Today his son had made a simple mistake in going with a stranger, and there was a way to help ensure no other family had to go through what the Morcombe’s did.

Bruce Morcombe, whose son Daniel was abducted and murdered in 2003, said the abduction of a seven-year-old girl from a Kmart store should be ‘a reality check for Australia 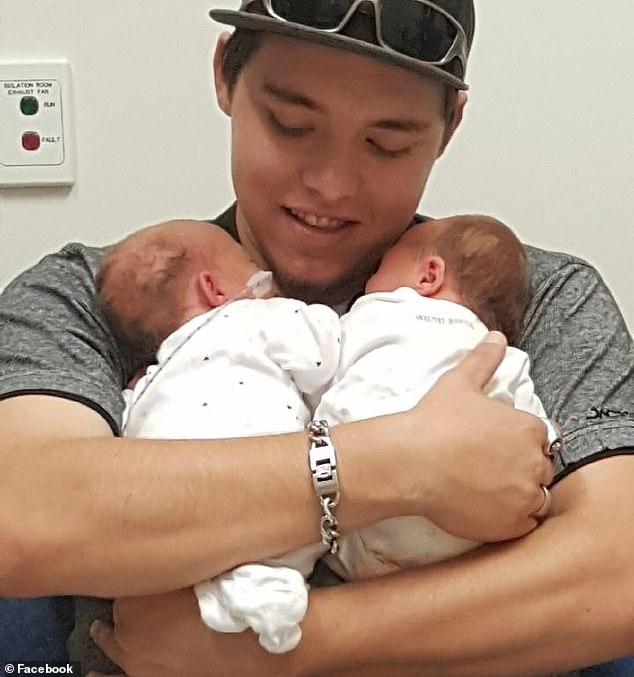 ‘Obviously in Daniel’s loss, he was a pretty smart kid but he made a mistake. He got into a car with somebody he didn’t know. So he was tricked.’ 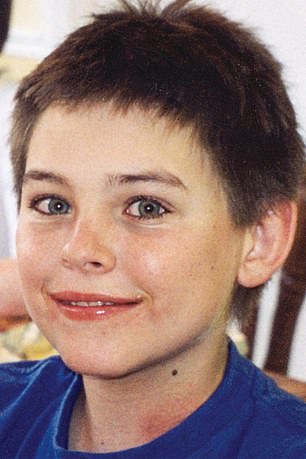 Mr Morcombe said Australian parents should set up a ‘safety password’ with their children, a word only known to the family and trusted adults.

‘It could be their favourite food, the sporting team they support, or their Nanna’s maiden name,’ he explained.

Mr Morcombe said if the child was approached by a stranger who was offering them a lift, or asking the youngster to get into their car, there would be a safety guard in place.

‘If that person doesn’t know that password, don’t go with that person,’ he said.

Sterling Free pleaded guilty in the Brisbane District Court on Wednesday to taking a child under 12 for immoral purposes, deprivation of liberty and indecent treatment.

The girl had been shopping with her mother when the father-of-two told her to ‘follow me’, the Courier Mail reported.

He took her to his car and drove her to Pumicestone Passage where she was assaulted. 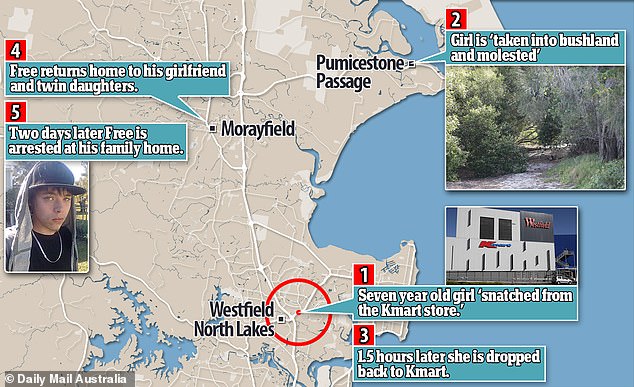 The 26-year-old took the girl from Kmart in North Lakes and drove her to Pumicestone Passage. He later dropped her off at a car wash near the shopping centre 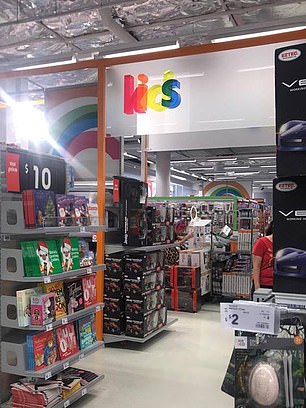 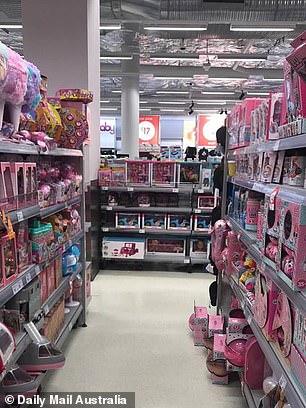 The girl, seven, had been shopping with her mother when she wandered into a different aisle of the toy section (pictured). Free had been watching the girl and took his opportunity to abduct her

The girl’s distraught mother had called on store staff to help find her.

After desperately searching for more than 30 minutes – by which time the girl would have been close to 30 kilometres away – Westfield security eventually phoned police.

In total, the young girl had been missing for more than an hour-and-a-half.

Free later dropped the girl at a car wash near the shopping centre.

The girl’s mother found a scratch on her back and a Facebook post was circulated in search of the kidnapper.

Free was arrested at his home two days later. 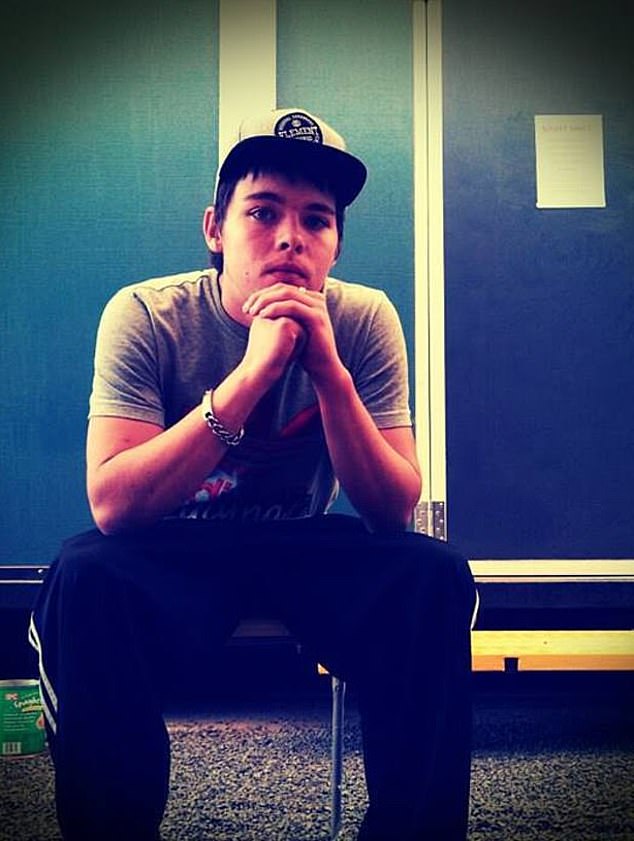 Sterling Mervyn Free (pictured) has been remanded in custody, he will appear in court for sentencing in October 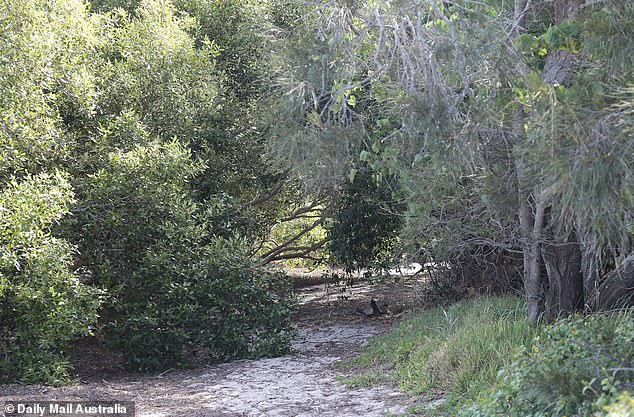 The father-of-two drove with the girl to remote bushland more than half-an-hour away and assaulted her. Free was then captured on CCTV dropping her back at Kmart

Prior to his arrest Free had worked at a local Fantastic Furniture store.

Free’s lawyer Shaune Irving, told the ABC outside of court his client was ‘somewhat relieved’ to have the end in sight.

His client had showed a level of remorse, he said.

However, Mr Irving would not go into details about the facts of the case.

‘He’s given us pretty detailed instructions that he wants to resolve the matter … and obviously have his punishment delivered and he wants to do that as quickly as possible.’

Free has been remanded in custody until sentencing in October. 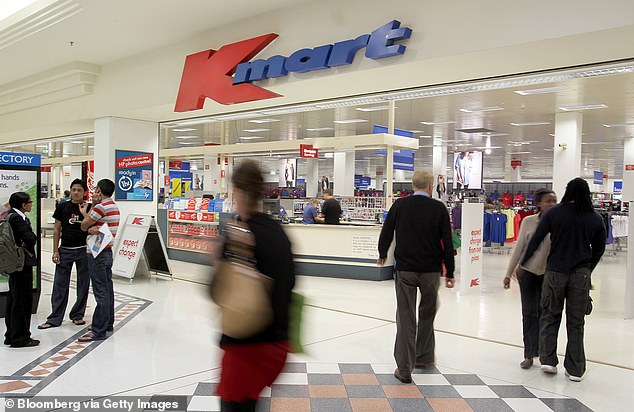 He took the girl to Pumicestone Passage, about 30 minutes’ drive from the shopping centre, before bringing her back to the store