Online trolls have viciously targeted Denise Morcombe, the mother of murdered boy Daniel Morcombe, after she posted a photo to her Twitter on her son’s wedding day.

On September 22, the day of Dean Morcombe’s wedding to Alice Webb in Queensland, Mrs Morcombe posted an old picture of her three son’s, Dean, Daniel and Bradley, to her social media.

‘My boys are now grown up or gone … enjoy time with them,’ she wrote alongside the image. 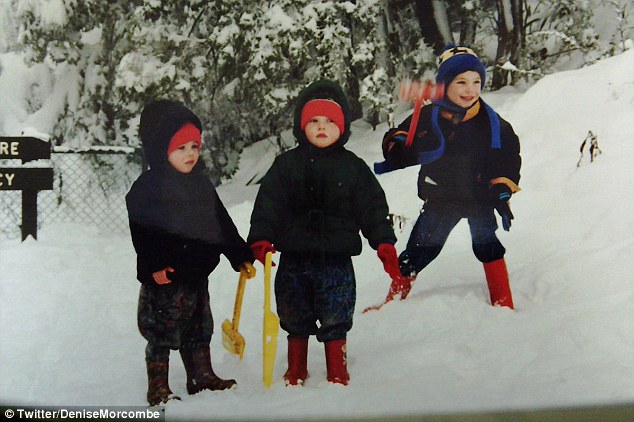 Daniel Morcombe was abducted and killed on the Sunshine Coast, Queensland, in December 2003.

The poignant photo appeared to reflect the family’s emotions on the special day, but trolls were quick to take aim at the grieving mother.

‘Isn’t it sad her other son had to have his day brought down by this being put all over the place,’ one social user wrote.

‘Yes Daniel passed away and he was his brother and he would of had him on his mond (sic) all day. But this is not right.’

Another user said: ‘I was thinking the same thing…let his brother enjoy a day of happiness.’ 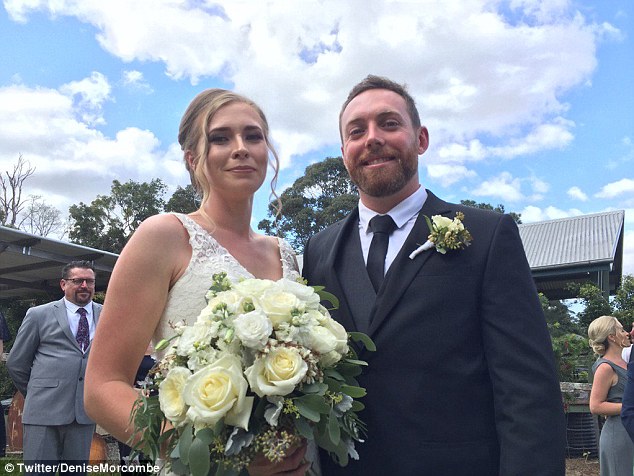 Dean Morcombe, brother of slain teenager Daniel Morcombe, was getting married to the love of his life on the day of the post (pictured with wife Alice Webb)

‘Yep this is just not right. They need to let Daniel RIP. He should of had a day of happiness, and not this,’ yet another chimed in.

Despite the vile trolls making sure they had their say, a number of other people came to the mother’s defense.

‘Bless all your beautiful children Denise and Bruce. A beautiful family,’ one Twitter user wrote.

‘Sending love to you and your beautiful family, I think of you often,’ another added.

Since Daniel’s murder, his parents have launched the Daniel Morcombe foundation and become crusaders for child safety.

In the foundation’s most recent Annual Report, it was revealed that 16,500 students participated in child safety presentations from 2016 to 2017 as well as assessing 64 young victims of crime. 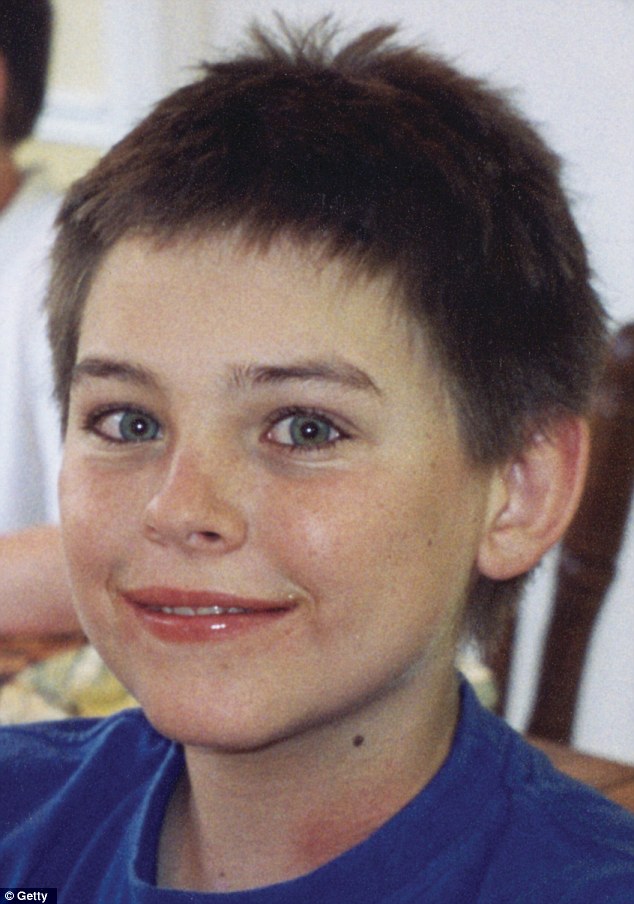 Daniel Morcombe (pictured) was abducted and killed on the Sunshine Coast, Queensland, in December 2003