The founder of a brand made famous after Prince George wore its personalised dressing gown to meet Obama has revealed how a heartbreaking loss as a teenager inspired his business success.

Daniel Price, 31, from London co-founder of My 1st Years – which recently hit one million online orders – says losing his father Gary to cancer when he was 13, gave him ‘more drive to reach for the stars’.

He founded the brand with his partner Jonny in 2010, with the couple putting every last penny they had into it.

And the risk paid off, with the brand having been worn by everyone from Prince George to Luna Legend and Cheryl’s son Bear Payne, with sales hitting £9.5m last year and the company currently valued at more than £30M.

Daniel Price, 31, from London the founder of My 1st Years- the brand made famous after Prince George wore its dressing gown to meet Obama, has revealed how his father’s death inspired his business success

Explaining the inspiration behind the brand, Daniel, who left the marketing and PR industry to start his own business, revealed it came about when he and his partner Jonny were unable to find an affordable personalised gift for their friend’s newborn baby.

‘We saw the gap in the market and were one of the first brands to go into personalisation of high-quality products at an affordable price,’ he explained.

Daniel’s drive to succeed meant that their business soon took off, and he credits his late father for giving him his entrepreneurial flair.

‘When I was growing up my father would always be thinking about new business ideas and I absolutely loved his energy and zest for life,’ he said. 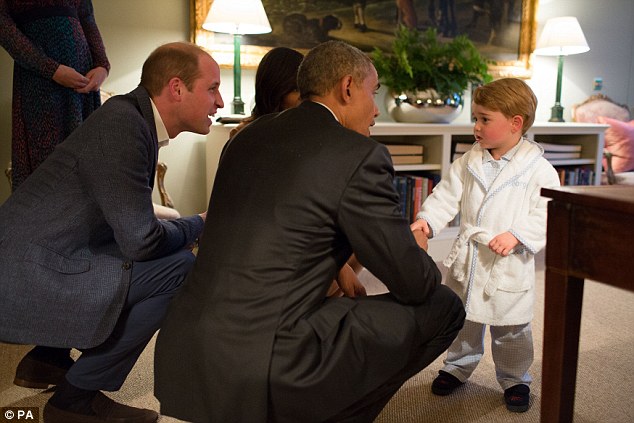 Prince George wore a My 1st Years dressing gown when he met then US President Barack Obama at Kensington Palace in April 2016, which was a defining moment for the brand with the robe selling out in minutes 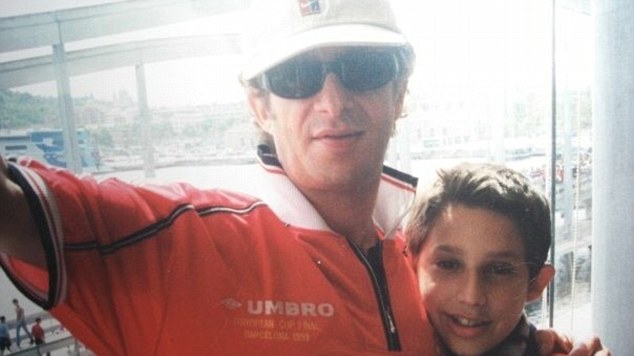 Daniel pictured with his father when he was a child. He says that losing Gary to cancer when he was 13, gave him ‘ more drive to reach for the stars’

‘Unfortunately nothing had quite come off for him and then he passed away at the young age of 42.

‘I genuinely believe if he was still around he would have had a very successful business.’

And speaking about how it inspired him, Daniel added: ‘When my Dad passed away in 2001 and left me to be the man of the house at 13-years-old, I decided to use the bereavement in the most positive of ways and I knew to reach for the stars.

‘A mixture of watching him as I was growing up and the fact I wanted to make my mum and sister proud and do it for him, really gave me all my drive and motivation to become a success in life and provide for my family.’

Daniel revealed that his ability to stay positive and never take no for an answer has come from his father.

Reflecting on how his father’s death affected him, Daniel admitted: ‘My Dad passing away at such a young age was the hardest thing for my sister Tash and I, however we both took the positives out of it which then made us resilient to anything we may face in life. 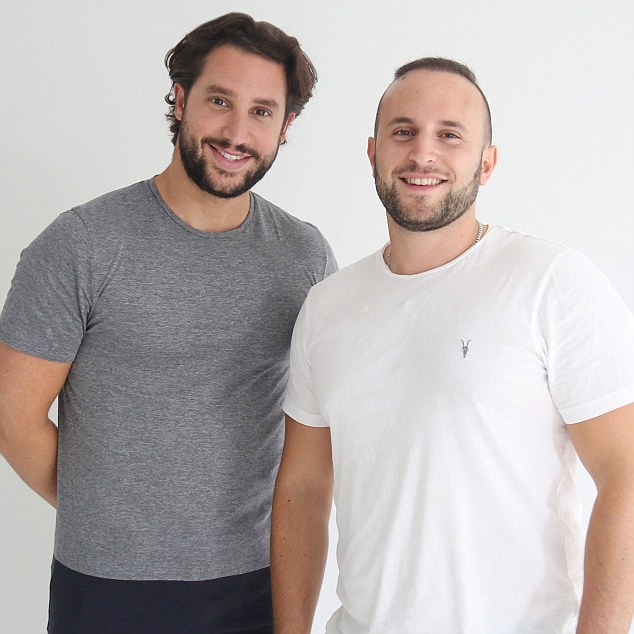 Daniel (seen left) founded My 1st Years with his partner Jonny (seen right) in 2010, with the couple putting every last penny they had into it

He continued of his ambition: ‘I learnt never to take no for an answer. My Dad always believed that a ‘no’ was a delayed version of ‘yes’ and those that persisted would always find a way to achieve their intended outcome.’

Revealing his tip to success within a business, he said: ‘I use this way of thinking every day in business and it has got me into places that nobody could believe.’

Daniel and Jonny started their line in boutique stores around London, before launching their website.

Recalling how they would celebrate every sale, he says that their sales really took off when Dannii Minogue showed off a blanket branded with ‘Mummy’s Got The X Factor’ on the show. 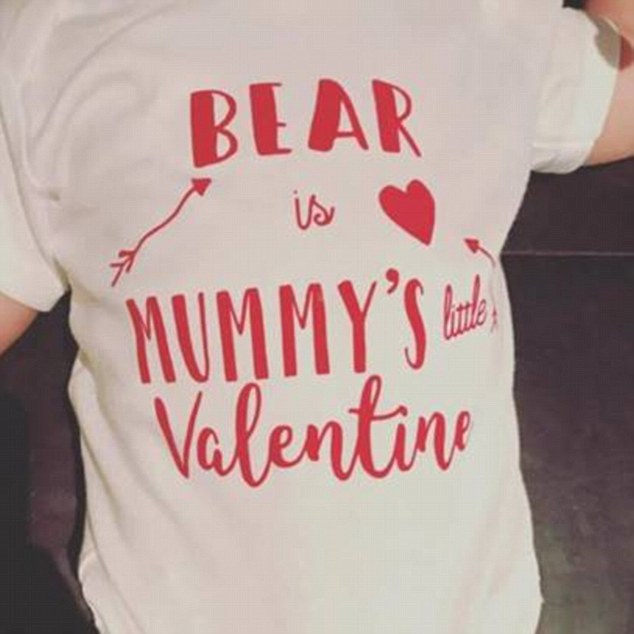 ‘We never looked back and we then started to sell with other retailers that also helped us to get to the next level of sales,’ he revealed.

But it hasn’t been all smooth sailing, with the sudden upturn in business putting Daniel and Jonny under financial pressure.

He admitted: ‘When growing at an average rate of 100 per cent year on year, you have to increase the product range as well as increasing the stock you have to the larger sales.

‘This requires more and more cash so we had to adapt fast to attracting new investors and becoming an expert at hiring staff quickly.’

And their business has continued to rocket with the help of incredible royal endorsements including the iconic moment Prince George wore their dressing gown to meet Barack Obama. 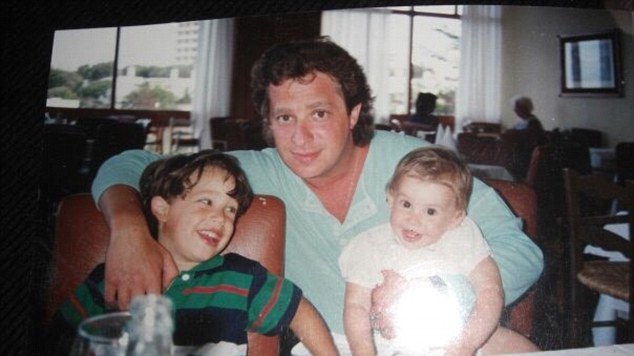 Happy memories: Daniel seen with father Gary and sister Tasha before his tragic passing in 2001 when Daniel was just 13. He believes if his father had survived he would have gone on to be hugely successful in business 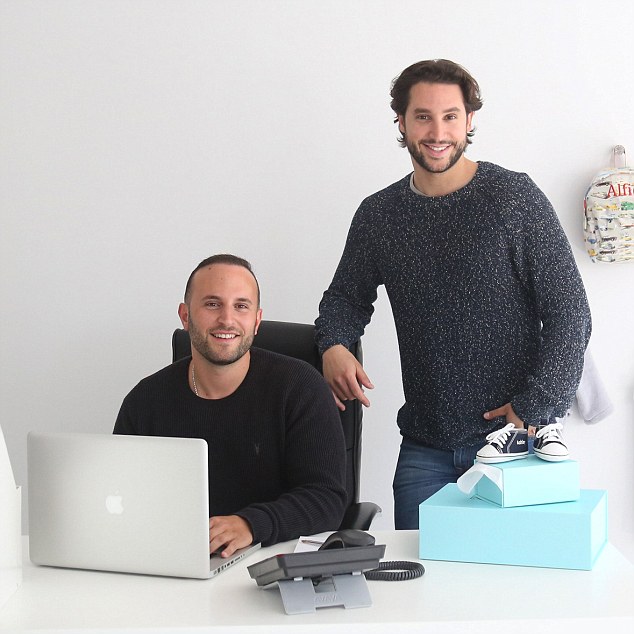 And despite his goal to see Blue Ivy as well as Prince Louis and Princess Charlotte in their clothing, Daniel is satisfied with what he and Jonny (left) have achieved so far.

Recalling the life-changing moment, Daniel said: ‘In 2016 Prince George wore our robe to meet the former president Obama and the image went viral causing the robe to sell out in minutes growing the business to a new level.

‘Because of the great response we received from Prince George wearing our robe we decided to create our own royal range which was extremely successful especially on the day Prince Louis was born as sales for the site were up 250% on the day,’ he added.

Speaking about the success that followed, Daniel continued: ‘Last year we achieved a staggering £9.5million in sales. The USA has been very good growing at over 400 per cent year-on-year! We never stop and will keep pushing.’

And despite his goal to see Blue Ivy as well as Prince Louis and Princess Charlotte in their clothing, Daniel is satisfied with what he has achieved so far.

‘My father would be so proud of my drive and tenacity’, he admitted.

‘He taught me to be selfless and would be buzzing if he could see everything that has happened -hopefully I have made him proud.’ 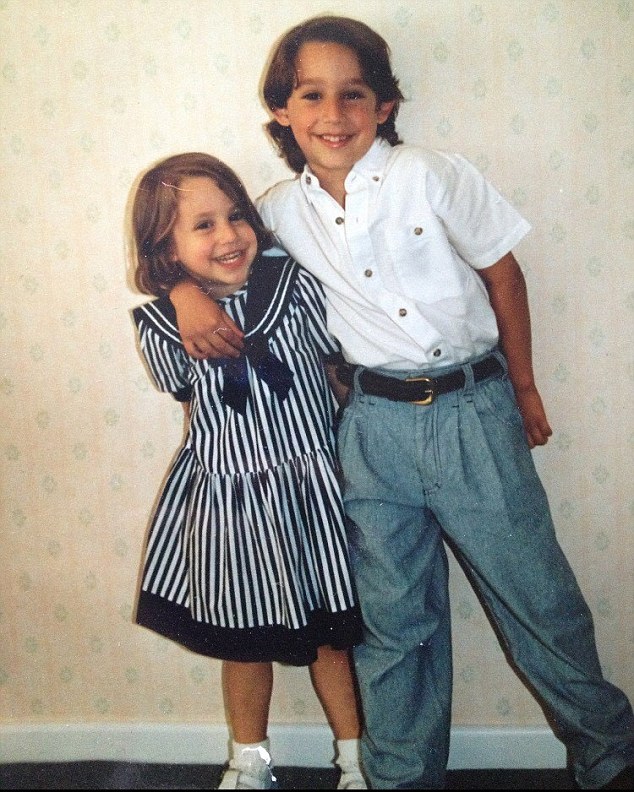 I wanted to make my mum and sister proud and do it for him, really gave me all my drive and motivation to become a success in life and provide for my family,’ Daniel (seen with sister Tasha as a child) said