Security vision of two 18-year-old girls walking from a cruise ship nightclub to a tradesman’s cabin for a disastrous bout of group sex has been shown to a court.

The young women, both on a Schoolies Week jaunt through the South Pacific, were seen heading arm-in-arm from vessel Explorer of the Seas’ nightclub, closely followed by Daniel Rawlings, now 32, late one evening.

The video then showed the trio entering the Sydney air-conditioning technician’s room. None of them knew it at the time, but it was a ‘sliding doors’ moment.

He is now suing Royal Caribbean for $400,000 in damages, claiming he was wrongfully detained by the liner through his November 2016 holiday.

Cruise ship tradesman Daniel Rawlings, top right, with his best mate Matthew Champion, prior to the cruise ship incident (with women unrelated to the case)

One of the two girls could not remember what happened in the room, New South Wales District Court Judge John Hatzistergos was told this week.

Her inability to recollect what had happened inside Mr Rawlings’ cabin led some of the ship’s crew to suspect she may have been raped.

CCTV footage of the group returning to their room, and what followed in public areas, was the final pieces of evidence tendered to the court this week.

To Mr Stanton’s telling, the camera footage showed the party moving in a ‘jovial’ fashion ‘as normal people do’ toward the cabin, following a night of drinking at the Dizzy’s nightclub.

But Royal Caribbean’s counsel, Jame Sheller SC instead suggested that the woman who was the subject of was not ‘moving in a straight line’ and was ‘being carried along.’ 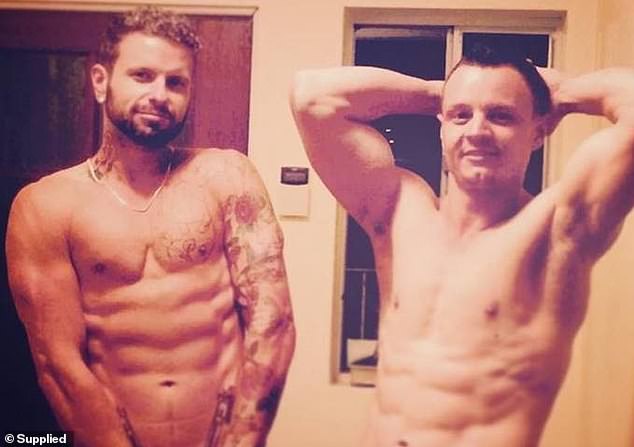 Rawlings (above with Mr Champion) is suing Royal Caribbean for $400,000 after he was detained for six days of his 10 day cruise over a false rape allegation

Minutes after the party entered the room, video shown to the court showed Mr Rawlings’ roommate, Matthew Champion, bursting from the room with his pillow and doona.

Mr Champion was annoyed his sleep had been interrupted by his party-boy cabinmate for the second evening in a row, he said.

He told the court he was having a ‘low key’ holiday, and left the room within minutes of the party entering, ‘giggling’ and waking him up.

A third CCTV video from the corridor showed the woman, who was later embroiled in the investigation into Mr Rawlings, leaving his cabin completely undressed.

She then entered a startled stranger’s stateroom, triggering alarm bells in the mind of security officers.

One quickly sent an email saying ‘crime allegation to report’, the court heard.

‘I am the victim’, says tradie 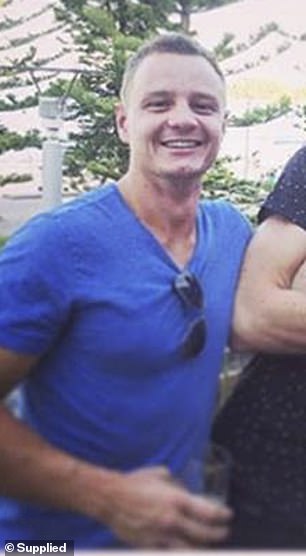 Mr Rawlings has told the court ‘I am the victim’ of the whole saga  – having been imprisoned in a cabin for what was supposed to be a sunny holiday overseas.

The tradesman has told the court he is suffering post-traumatic stress disorder and a major depressive illness as a result of his ordeal.

Mr Rawlings was confined to a cabin with only his shorts and underwear for days.

He was eventually allowed to shop for new clothes at the ship’s gift store.

The court heard that the alleged victim couldn’t remember what happened in the room, leading authorities to classify what had happened as a ‘sexual assault rape’.

Mr Stanton, who along with solicitor Sharron Vogel represented Mr Rawlings, argued that the ship had run a ‘flawed’ investigation into what happened.

He had not allowed him to speak to a lawyer and was not told there was an allegation of sexual assault.

While in custody, he was only allowed to speak to his grandmother, who he is very close to, via the Australian consulate, rather than over the phone.

He was not released until the ship docked back in Sydney on November 20, 2016.

No charges were laid as a result of a New South Wales Police investigation.

But the ship says it was the right course of action

Mr Sheller, acting for Royal Caribbean, told the court there were several reasons why Mr Rawlings was confined for so long.

One was the fact that the young woman’s mother had threatened to throw Mr Rawlings overboard if he was released from custody.

Ship captain Ricky Sullivan had told the court the girl’s mother had become ‘angry and emotional’ over the alleged incident.

She even said she believed her daughter had been drugged as she seemed ‘vague’ following the evening.

But Royal Caribbean’s medical tests found she had only been drinking, and there was no evidence her drink had been spiked. 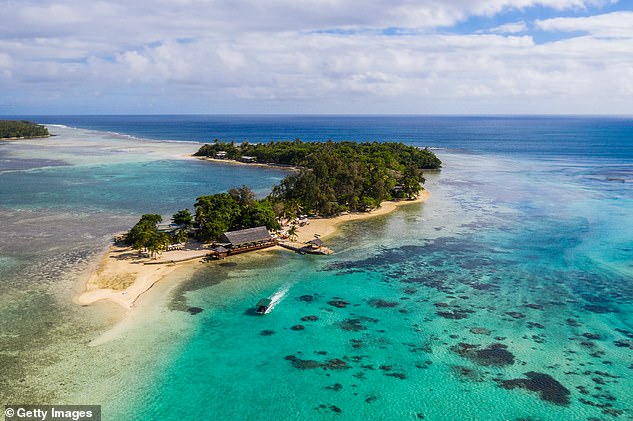 The cruise ship was travelling from Sydney to Vanuatu, return, at the time. Above, an island near Port Vila 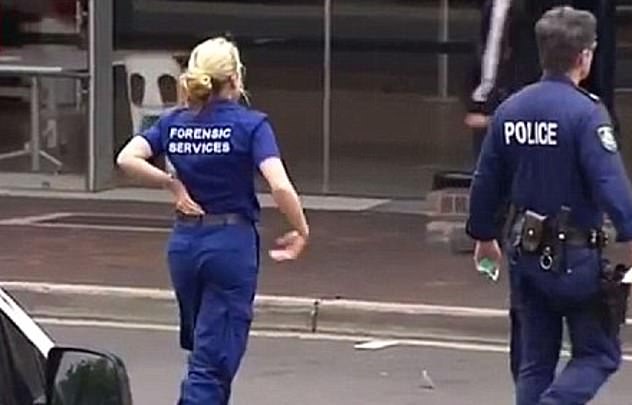 ‘The mother said “words to the effect of, ‘she would throw him (Mr Rawlings) off the balcony if he was released,”’ Mr Sullivan told the court.

In final submissions, Mr Sheller said reasons to keep him confined included for his own protection, and that the ship had hoped to offload Mr Rawlings to authorities in New Caledonia, but were unable to do so.

Mr Sheller said his confinement also allowed the ship to care for his then-alleged victim and prevented him from interfering with evidence or witnesses in any investigation, in line with Royal Caribbean policies.

The judge has reserved his decision for a later date.

Mr Rawlings, originally from Sydney’s northern beaches, travelled on board the Explorer of the Seas to Vanuatu and New Caledonia with his best mate in November 2016.

The ten day trip was meant to see the pals sun themselves on tropical islands but the buff young tradesman spent most of the cruise locked up as the company’s prisoner, the New South Wales District Court has heard.

One young women was sick during their liaison and had to clean herself up in the bathroom, and Mr Rawlings has claimed to the court he went to sleep after the pair left.

Defence documents tendered to the New South Wales District Court claimed one of the two woman was later found ‘naked, intoxicated and disorientated’ in another cabin.

The girl was taken to the ship’s medical centre where company officials classified what had happened as a ‘sexual assault rape (sic)’, the court documents said.

Two security officers were sent to haul Mr Rawlings, then 28, in for questioning, knocking on his door.

The guards ‘demanded’ he come with them and he was taken to a conference room where he was detained for about 10 hours, court documents said.

Mr Rawlings said he was then he escorted to another room on level six of the boat where he ‘was stripped to his underwear and detained’ for five more days, until the ship completed its course and returned to Sydney.

He was interviewed by New South Wales police upon their return on November 20, but was never charged with any offence whatsoever.

In court documents, the cruise liner admitted they held Mr Rawlings for the six day period.

But Royal Caribbean argued his detention was ‘lawfully’ done in line with the company’s policies, and the terms of his ‘ticket contract’.

In defence documents, the company claimed Mr Rawlings was allowed to exit the room for fresh air and given food and access to amenities – but he has told the court he was always accompanied by security.