Former Liverpool star Daniel Sturridge has made his most meaningful contribution of the A-League Men season to help Perth secure a 1-1 draw with Western Sydney at HBF Park.

Sturridge entered Saturday night’s match having made just five cameos off the bench for a total of 93 minutes.

But he made the most of his first start of the season, setting up Bruno Fornaroli’s 18th-minute strike.

Sturridge, who was playing his first match since tearing his groin on February 23, was subbed off at halftime with Glory leading 1-0.

A low drive from Wanderers substitute Keijiro Ogawa in the 78th minute helped the visitors secure a deserved point, having unleashed 25 shots to nine.

Sturridge was starved of possession and he never got out of third gear when the opportunity to sprint presented itself.

But his classy touches proved crucial in Glory grabbing the lead against the run of play. 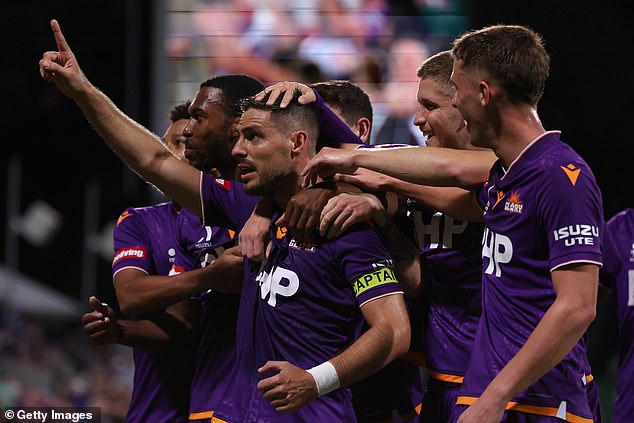 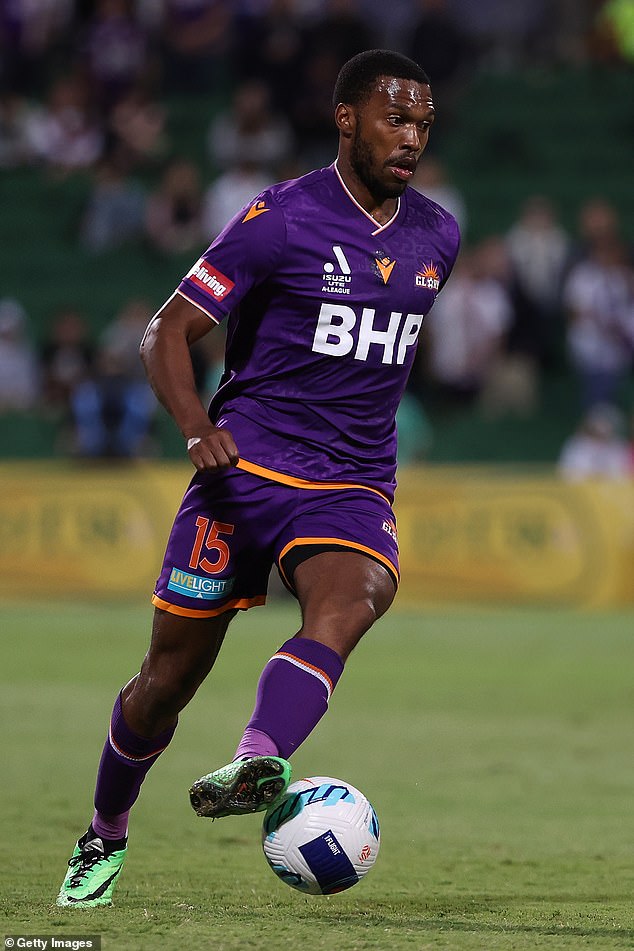 The Wanderers dominated the first half, enjoying a remarkable 81 per cent possession, winning six corners to nil, and firing 11 shots to two.

But during the rare times Glory went forward, Sturridge and Fornaroli were there to show their class.

Sturridge thought he had set up the opening goal of the match in the 12th minute when his beautiful sliding pass unleashed Antonee Burke-Gilroy, who squared the ball across for Nicholas Fitzgerald to score.

Glory players were left fuming when the goal was disallowed for offside, with replays showing the call was for Fitzgerald before he was involved in the play.

Perth thought they had been robbed again when Fornaroli’s beautifully curled strike from a tight angle was also ruled out for offside. 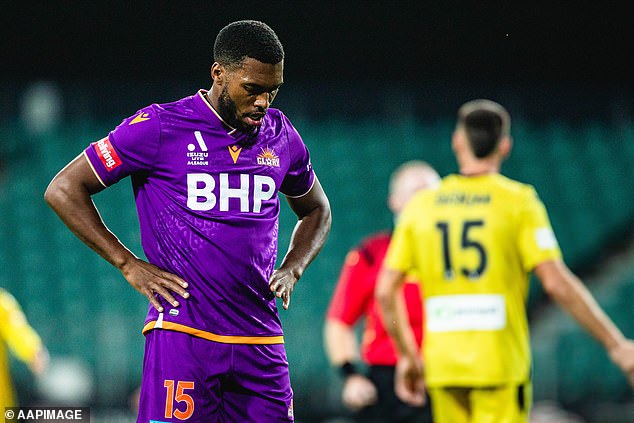 Sturridge was again the key to setting up the play, with the 32-year-old producing a series of step-overs before firing off the pass.

The VAR eventually deemed Fornaroli had been onside when he received the deflected ball.

Earlier this month, Perth CEO Tony Pignata admitted that Sturridge’s move Down Under has been a disappointment.

He told SEN:  ‘It has been disappointing. We had high hopes when we signed Daniel. It hasn’t worked.

‘From a marketing point of view, the first game, we had 18,000 on the back of him arriving and the hype. Then unfortunately he got injured… and he hasn’t been seen since.

‘He’s training and there’s potential that he could play some minutes this week and then finish off the season. Next year? Look, I doubt that we’ll offer him another contract.’