Daniel Sturridge showed he still has plenty to offer Jurgen Klopp but he spurned two glorious chances that would have put Liverpool out of sight.

Fifteen minutes before Sturridge opened the scoring, Klopp was up on his feet relaying instructions to his centre forward.

Spotting that the PSG centre halves Thiago Silva and Presnel Kimpembe were positioned too far apart, Klopp gestured to Sturridge to keep making runs in between them.

That is exactly how he put Liverpool 1-0 up on the half-hour. With the centre backs already stretched following Trent Alexander-Arnold’s brilliant cross from the right, Sturridge nipped in between them to meet Andrew Robertson’s delivery from the left.

PSG should have been prepared for a barrage of crosses from Liverpool’s full backs.

Instead, Silva and Kimpembe kept leaving a huge gap for Liverpool to repeatedly exploit. 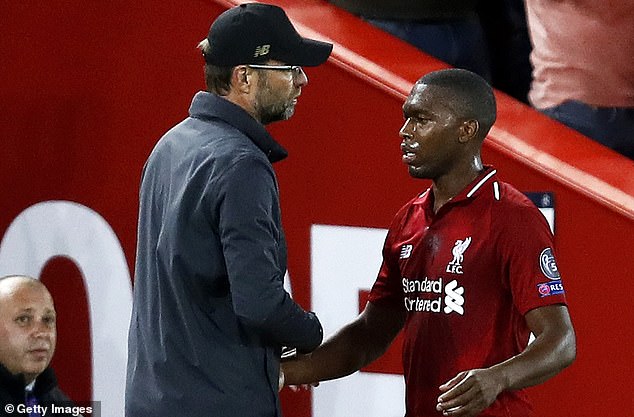 As the teams returned for the second half, Klopp was in Sturridge’s ear again — clearly encouraging him to keep asking questions of the PSG defenders.

In the second half, his poor control saw him foul PSG goalkeeper Alphonse Areola when he could well have shot with his first touch. 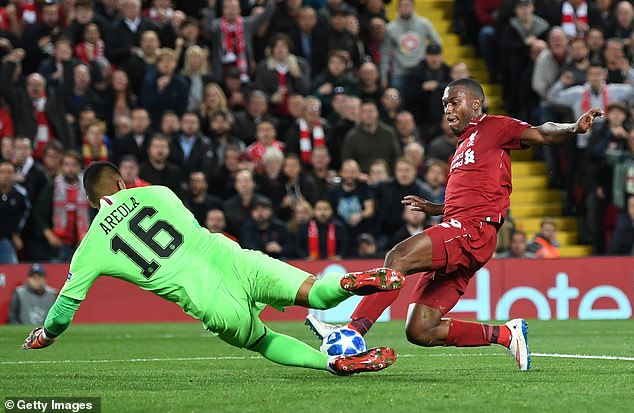