Her social media page is filled with picturesque snaps of her life in America with her partner Nate Greenwald and her children.

And Danielle Bux took a quick break from her parenting duties on Tuesday as she grabbed a candid snap and uploaded it to Instagram.

The model, 41, displayed her timeless beauty as she sported a crop top and loose-fitting trousers while posing in front of outdoor foliage.

Strike a pose: Danielle Bux displayed her timeless beauty on Tuesday as she sported a crop top and loose-fitting trousers while posing in front of outdoor foliage

Danielle’s chocolate locks fell in a natural wave beneath a straw hat as she opted for minimal make-up. She captioned the picture shared to her 23k followers: ‘Switched sweats for baggy trousers’.

Danielle moved Stateside from the UK five-years-ago to pursue an acting career.

The move came shortly after her 2016 separation from the Match of the Day host Gary Lineker, 60, after nine years of marriage. 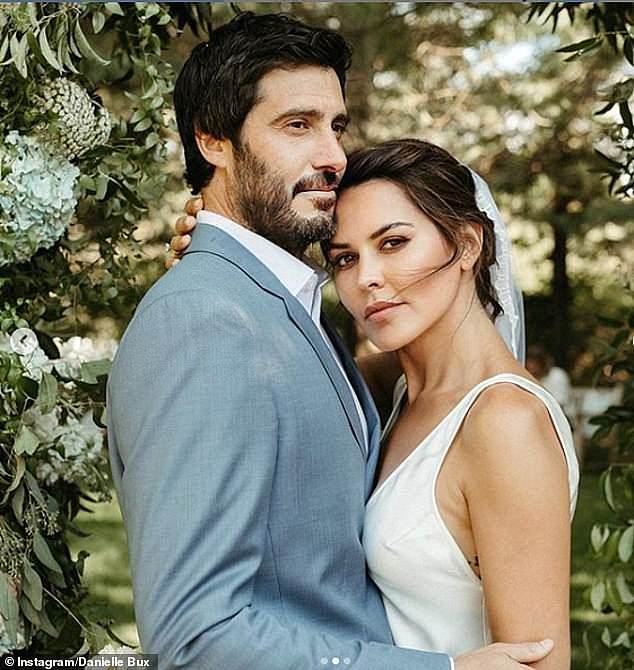 Relocation: The model, 41, moved Stateside five-years-ago to pursue an acting career and confirmed her relationship with US lawyer Nate Greenwald shortly after (pictured together in 2019)

She re-located with her daughter Ella, 19, and confirmed her relationship with US lawyer Nate shortly after.

The happy couple then welcomed a daughter Romy Wren, three, in August 2017.

Shortly after announcing her pregnancy, ex-husband Gary was said to be one of the first to congratulate the couple on their happy news.

Danielle and her long-term partner then later tied the not at a secret summer wedding in Nantucket, Massachusetts in 2019.

Sources revealed the couple enjoyed a low-key service on the picturesque island, a popular summer destination off the coast of Cape Cod.

An insider said at the time: ‘It was a quiet family ceremony. She kept it on the down-low.’

It is not known if Gary, who maintains a close relationship with his ex-wife, attended the nuptials.

A source claimed: ‘Danielle and Gary remain great friends and will continue seeing each other in that capacity with Nate’s full blessing.’

Speaking to the Express, Gary admitted he frequently socialises with Nate during his trips to visit Danielle in California.

He revealed: ‘He’s not got a jealous bone in his body,

‘We get on really well. We go out for dinner when I’m in LA. It might be unusual and people might go, “That’s weird” but, frankly, I don’t care. What is normal? 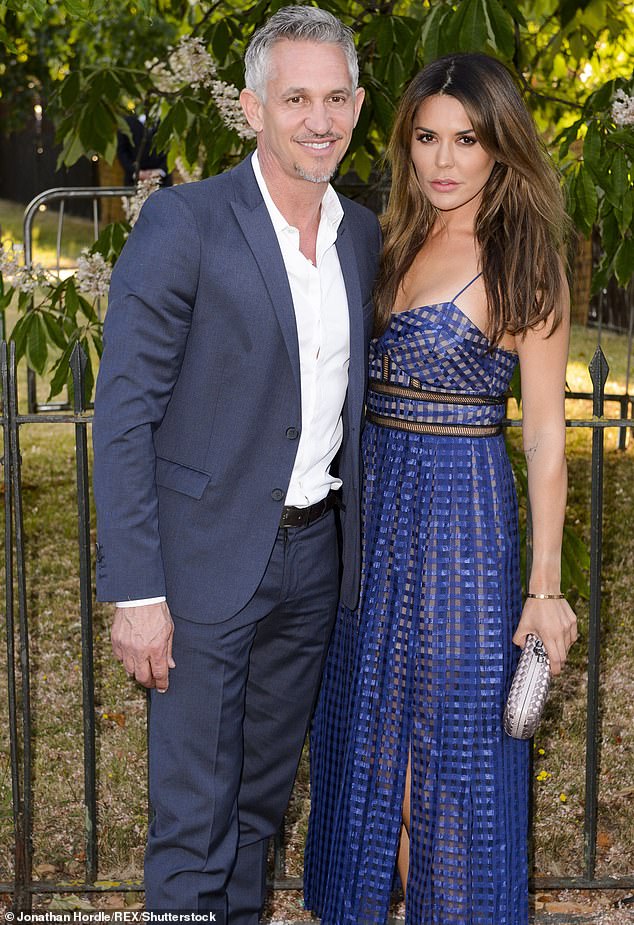 Famous ex: The move came shortly after her 2016 separation from the Match of the Day host Gary Lineker, 60, after nine years of marriage (picture together in 2015)