Daniil Medvedev overcame a mid-match meltdown to defeat Stefanos Tsitsipas and set up an Australian Open final clash with Nadal.

Medvedev’s 7-6 (5) 4-6 6-4 6-1 victory means he will play for a second successive grand slam title after his maiden success at the US Open last summer.

It is also the second year in a row he has made the final at Melbourne Park, having lost to Novak Djokovic 12 months ago. 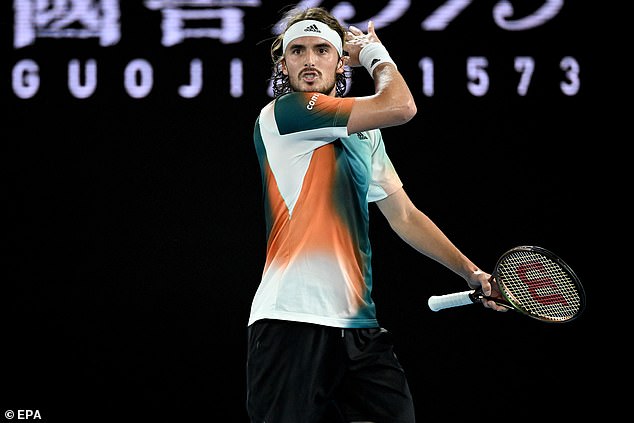 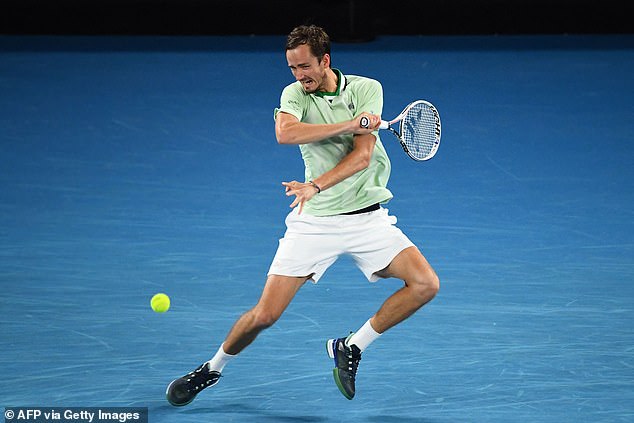 But much of the attention will focus on Medvedev’s extraordinary rant at the umpire late in the second set, when he accused Tsitsipas of receiving coaching from his father Apostolos.

Medvedev bizarrely described chair umpire Jaume Campistol as ‘a small cat’ when he was 5-4 down in the second set after accusing Tsitsipas Snr of passing on instructions to his son. 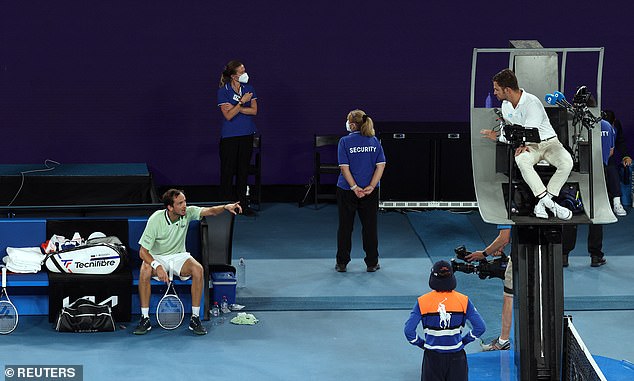 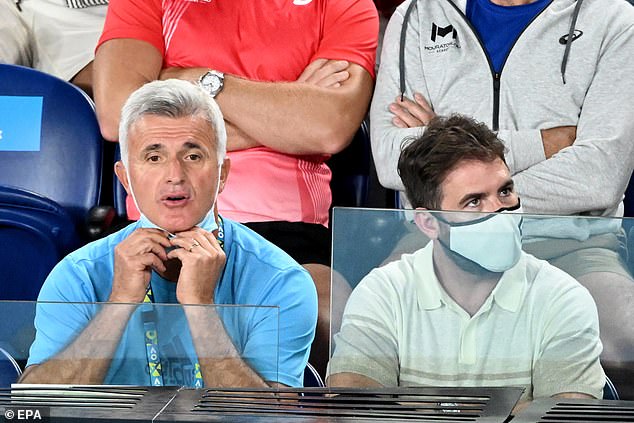 ‘Can you answer my question please? Can his father talk every point? Oh my God, oh my God, you are so bad, man. How can you be so bad in the semi-final of a Grand Slam? Look at me, I am taking to you.’

At this point, Campistol turns around the acknowledged the ranting Medvedev and asks ‘what do you want?’

Medvedev replies: ‘To give him a caution because his father is talking to him.’

Campistol makes nothing of the request and calls ‘time’ for the players to return to the court.