World No 2 Daniil Medvedev’s struggles with the Tokyo heat continued as he suggested he could die due to the extreme weather conditions.

The Russian required two medical timeouts and one visit from a trainer before he went on to beat Fabio Fognini in the third round of the men’s tennis singles under the baking 30 degrees Celsius heat during the late morning and early afternoon in Tokyo. According to weather apps, the temperature would have felt closer to 36 degrees.

However, the Russian Olympic Committee star was struggling so much with the suffocating heat as well as the 79 per cent humidity at the Ariake Tennis Park that umpire Carlos Ramos asked him if he could continue playing. 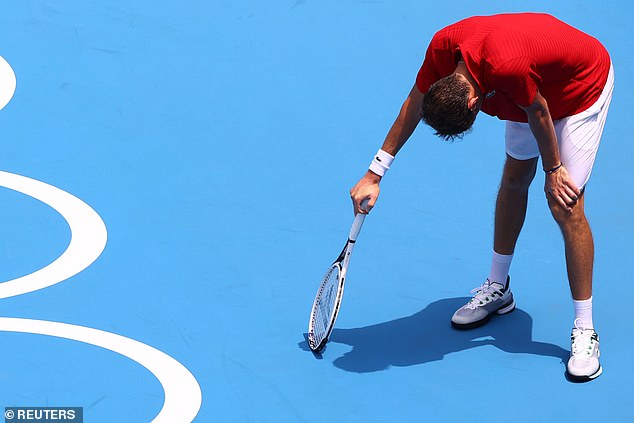 Medvedev retaliated however and snapped back: ‘I can finish the match, but I can die. If I die, who will take responsibility?’

The heat did not stop Medvedev from claiming a 6-2 3-6 6-2 victory against his Italian counterpart.

But it raised further questions over why organisers did not grant requests earlier in the tournament from Medvedev and other players – including World No 1 Novak Djokovic – to move all of the matches at the Games to the evening.

Medvedev, 25, called for a rethink on scheduling, stating earlier this week: ‘The matches maybe should start at six, because it actually gets much light on the court. 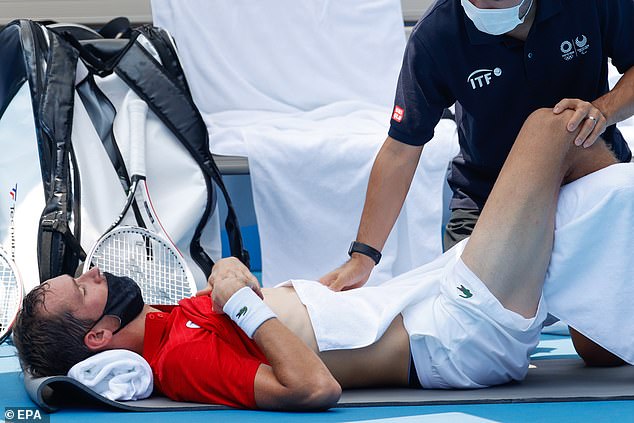 ‘Some tournaments do it. I don’t think they’re going to change in the middle of the tournament but that’s what can be done.

‘The fact that we have only one minute between changeovers is a joke.

‘I think if you ask, let’s say 200 tennis players that are here, I think 195 will tell you that one minute is a joke and it should be 1:30 like it is in ATP tournaments.’ 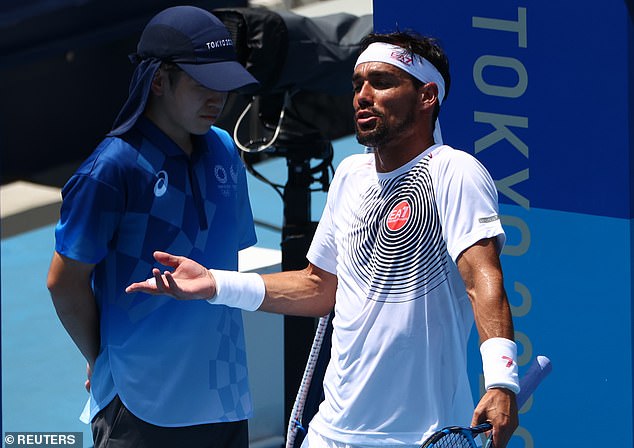 ‘We still have seven hours to play. They have lights on all the courts.’

‘You feel you have weights on your shoulders because there’s so much heat and humidity and stagnated air.

‘You don’t feel yourself, you feel slow with your legs. It’s not the first time we get to experience tough conditions. I spoke to a couple of guys in the locker room and all of them said this is the toughest that they have experienced day to day.

‘I don’t really get why ITF [the International Tennis Federation] doesn’t want to move the matches.’ 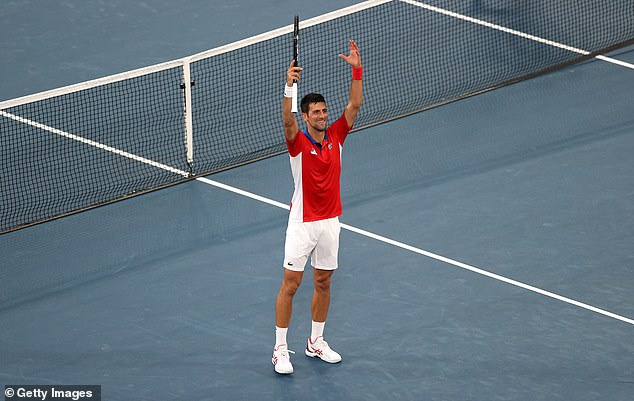 Medvedev is not the only player to have struggled with the heat on Wednesday, with Argentine Diego Schwartzman complaining about the heat following his 6-1 2-6 6-1 defeat by Karen Khachanov.

‘It is inexplicable that they make us play at 12 noon in 40 degrees,’ Schwartzman said. ‘I am leaving in anger.’

Spanish women’s player Paula Badosa meanwhile retired from her quarter-final match against Marketa Vondrousova from the Czech Republic due to the weather conditions, having lost the first set 6-3.

Badosa was then seen being taken off court and away on a wheelchair with a towel draped over her head to ensure she did not feel the full effects of the beating sun. 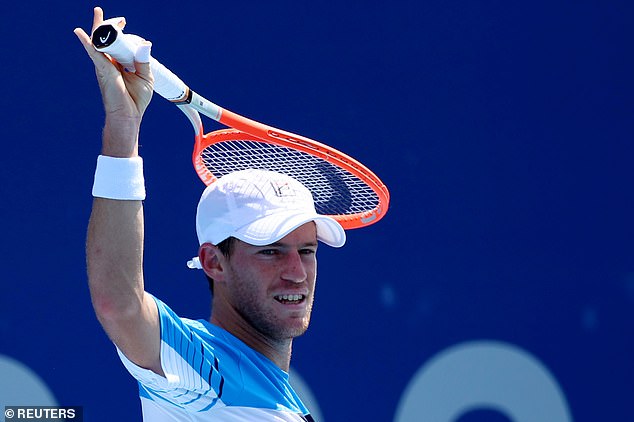 The 23-year-old was also due to play in the mixed doubles on Wednesday alongside compatriot Pablo Carreno Busta against Polish pair Iga Swiatek and Lukasz Kubot, but that now appears in doubt.

Medvedev was also in a fiery move in his post-match interview after being asked whether Russian athletes were carrying a ‘cheaters’ stigma at the Tokyo Games.

Russia was banned from the Olympics in December 2019 following an infamous doping scandal and athletes from the country have been competing under the Russian Olympic Committee flag.

But when asked how he felt about views that his compatriots were carrying such a stigma, he replied to the journalist: ‘First time in my life I’m not gonna answer a question. You should be embarrassed of yourself.

‘I think you should wire him from the Olympics, I don’t wanna see him again.’ 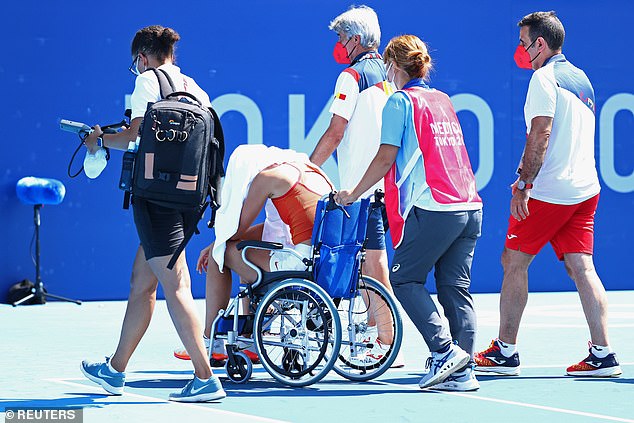 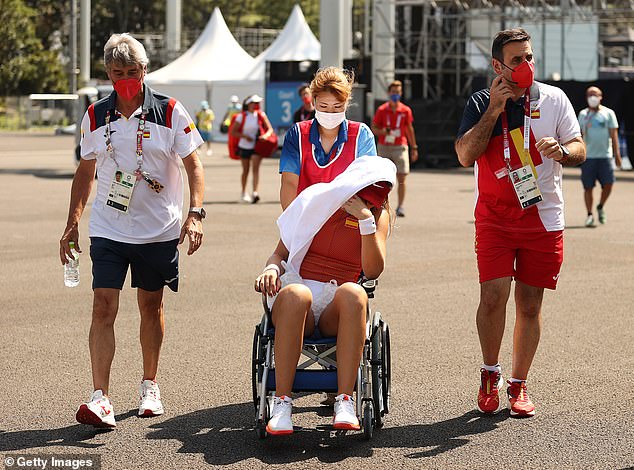