A 36-year-old Danish woman has been sentenced to four years in jail for having drained more than a pint of blood from her young son as often as once a week over a five-year period.

The mother performed 110 drains using a catheter on the boy between the ages of one and six, and told hospital doctors that his low blood count was due to a rare bone marrow disease.

Doctors got suspicious and alerted police, who installed a hidden camera in her flat in Skjern, on the Jutland peninsula in western Denmark, and caught her in the act.

The 36-year-old trained nurse from Skjern, western Denmark, drained blood from her son, then told doctors that his low blood count was due to a rare bone marrow disease

During questioning in court in Herning, Jutland, the 36-year-old – a trained nurse – was asked about her frequent social media updates about her son’s ‘illness’ and reaching out to the local press.

‘I really wanted to share his story,’ she said according to TV2 Nyheter.

‘I think, I felt, that it helped us. It was a statement. You can feel a bit alone. Both as a mother, but also as a mother with a sick child.’

When the prosecutor pointed out that she had been the cause of her child’s illness, she said she hadn’t seen it that way at the time.

A court-ordered psychiatric report said the woman, who has not identified, suffers from Munchausen syndrome by proxy. 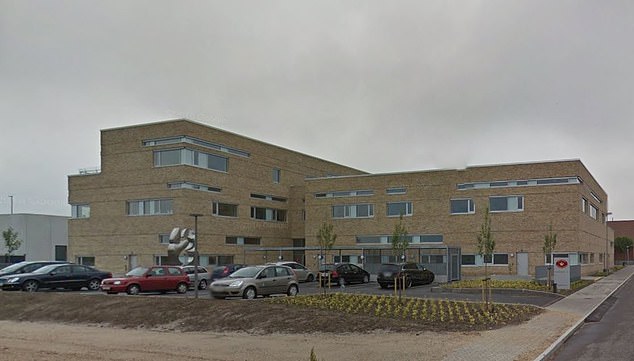 Guilty: The court in Herning, Denmark, found that the woman suffered from Munchhausen by proxy and sentenced her to four years in jail

Munchausen by proxy is a condition where an adult will invent medical conditions for his or her child so that they can get attention or sympathy.

A dangerous facet of this is how they will often induce symptoms in the child to better illustrate the lie.

Munchausen by Proxy is typically considered a severe form of child abuse.

The boy, now seven, lives with his father and two other siblings and while being slightly physically underdeveloped compared to other children his age, he has made a full recovery.