A Danish inventor convicted of murdering a Swedish reporter onboard his homemade submarine, apologized to her parents in court, moments before losing his appeal to reduce his sentence.

Peter Madsen was found guilty in April of murdering and mutilating 30-year-old Kim Wall after she embarked on the craft to interview him for a US magazine in Copenhagen in August 2017.

The 47-year-old had appealed his life sentence for her murder, but lost in  Eastern High Court, Copenhagen, today.

Peter Madsen apologized to the parents of Kim Wall, 30, who he has been found guilty of torturing and murdering, shortly before losing his life sentence appeal in Copenhagen today

‘I’m terribly sorry to Kim’s relatives for what happened,’ Madsen told the panel of judges as he was given the last word.

Madsen lost his appeal against a life sentence, which in Denmark lasts on average 16 years, but can be extended if necessary.

Madsen had wanted a time-limited sentence, not an open-ended prison term.

The prosecutor had argued that the life sentence should be upheld, saying the motive was sexual and the crime was planned.

Defending Madsen, lawyer Betina Hald Engmark argued that her client ‘has a clean criminal record and alone has been convicted for one murder.’ 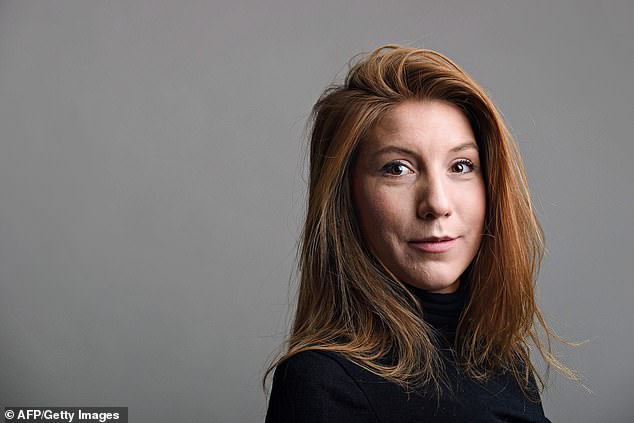 Rest in peace: Swedish journalist Kim Wall was murdered by Peter Madsen in August 2017, after he lured her onto his submarine to do an interview for a magazine 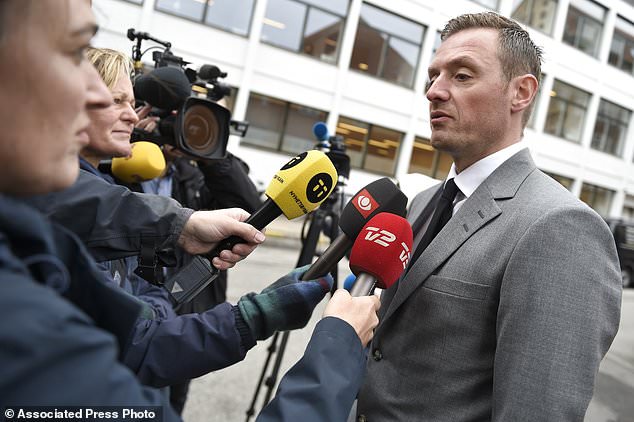 Ruling: Prosecutor Kristian Kirk talks to the media as he arrives at the Eastern High Court in Copenhagen, Denmark ahead of the final day of the appeal 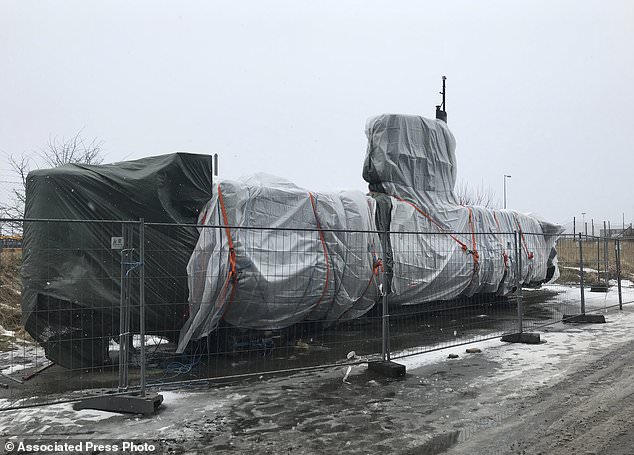 ‘In comparable cases, the perpetrator often has committed moral crimes before,’ she said.

Madsen denies murdering Wall, saying she died accidentally inside the submarine, but has confessed to throwing her body parts into the Baltic Sea.

The Copenhagen City Court in April convicted Madsen of murder, sexual assault and the dismembering of Wall.

The court ruled unanimously that Madsen had lured Wall onto his home-made submarine with the promise of an interview.

Prosecutor Kristian Kirk said Wall could not escape and ‘likely had begged for her life’ while Madsen carried out ‘a sadistic, yes inhuman, sexual fantasy.’

Kirk said violent videos in which women were tortured and killed were found on Madsen’s computer, and said he likely filmed the killing. He added Madsen had been planning the murder and ‘just waited for a victim.’

‘I hope we never will see such a case again,’ Kirk told court.

No video of Wall’s murder has been found.

‘Kim Wall walked directly into a death trap,’ Kirk said before looking up at Madsen, who listened with his hands on the table: ‘I cannot see any other sentence than life.’

The cause of Wall’s death has never been established.