Then there’ll be four.

American Idol alum Danny Gokey and his wife Leyicet are expecting their fourth child together.

The 38-year-old announced their happy news on Instagram on Saturday with a snapshot featuring their adorable clan.

Growing clan: American Idol alum Danny Gokey and his wife Leyicet are expecting their fourth child  snd both took to Instagram to announce the news. Danny posted this shot on Saturday

In the photograph, Daniel Emanuel, six, holds up a strip of ultrasound photos of his unborn sibling as he and his sister Victoria Isabella, four, and brother Gabriel, 17 months, smile for the camera.

Leyicet also posted a similar Instagram snap of her children showing off the photo reel of the their sibling, that she captioned: ‘2 of the 3 are excited lol,’ with Gabriel looking less than happy about the news.

‘Baby is due in August! So excited!!!! I know I’ve told half the world but I forgot to announce it here! lol,’ she gushed. 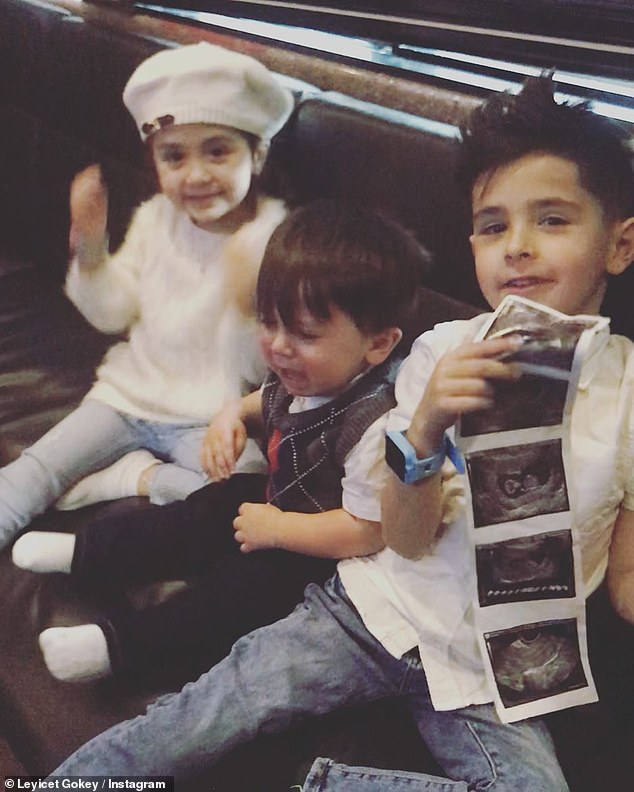 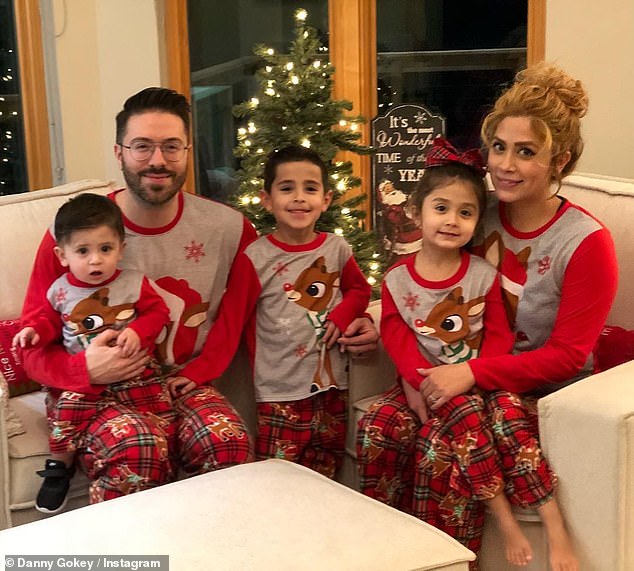 Christmas clan: The family posed for this shot in their matching holiday pajamas. They will need an extra set next holiday season

Danny was the third-place finalist on the eighth season of American Idol in 2009.

After appearing on the show, he signed to 19 Recordings and RCA Nashville for country music, releasing the single My Best Days Are Ahead of Me.

In 2011 he quit the label and a made successful transition to pop-contemporary Christian music. 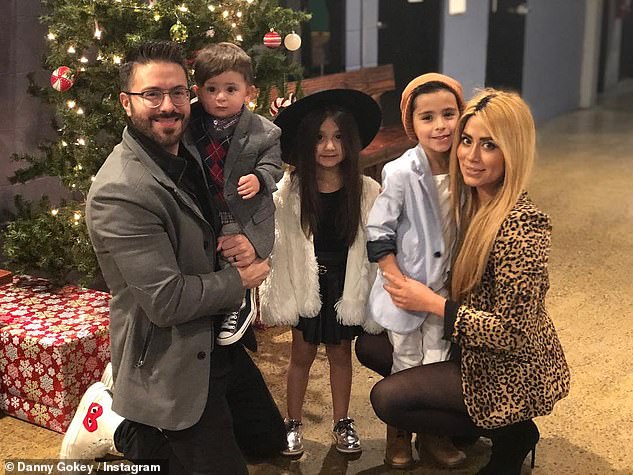 Ready for  an outing: Danny and model Leyicett with their ultra-smart children 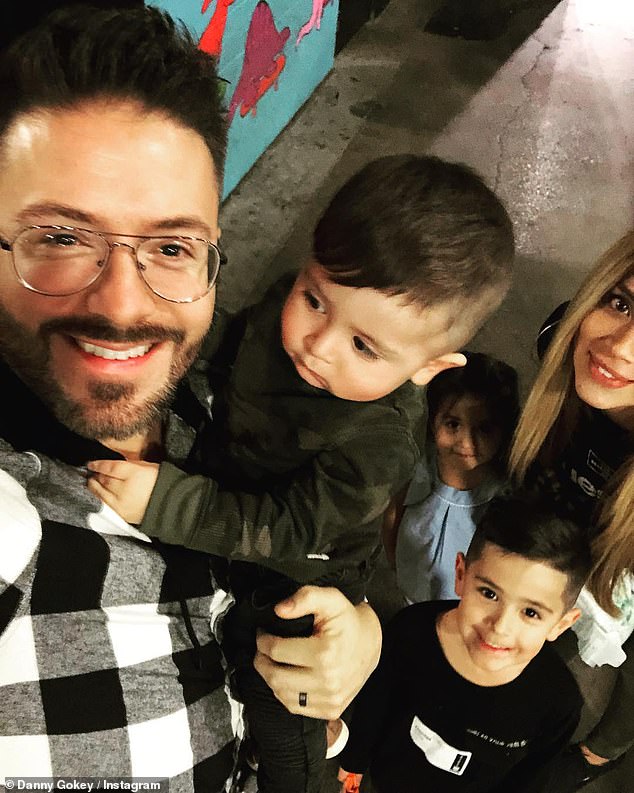 Looking up: Danny shared this sweet selfie of himself holding baby Gabriel as Daniel, Victoria and Leyicet look up at the camera

She died from complications during her third surgery to treat her congenital heart disease. 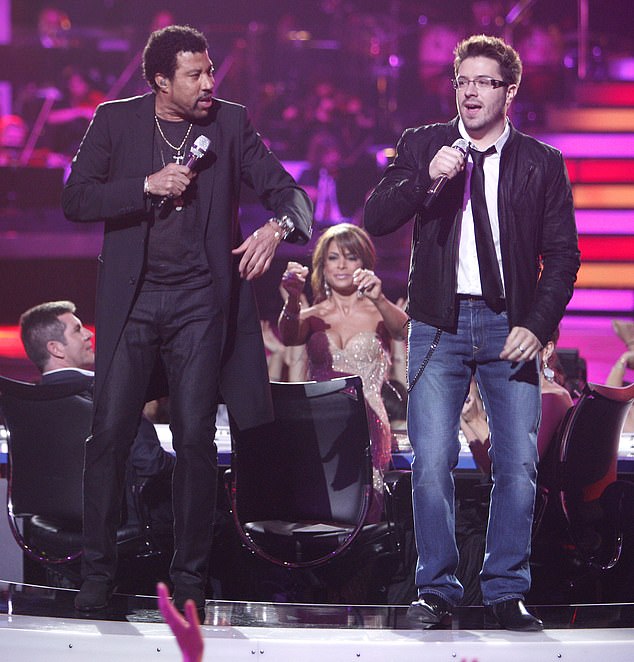 Back in 2009: Danny performed with Lionel Richie in the Grand Finale of the eighth season of American, in which he came third