DANNY MURPHY: Anfield roar will be key for Liverpool to overcome Napoli

Anfield is in for another massive European night against Napoli on Tuesday. My stand-out memory as a player was beating Roma in 2002 to reach the quarter-finals of the Champions League for the first time. It was special because it marked Gerard Houllier’s return from life-saving heart surgery.

Houllier was pivotal in my career and a friend. We weren’t sure if he’d ever come back to work so from the moment we saw him walk through the doors, it was monumental and that was reflected in the crowd noise. Unbelievable.

Make no bones about it, European nights in Liverpool are special because of the close proximity of the fans to the pitch. Napoli’s players are used to really big crowds but they might not have experienced anything like the Anfield roar. 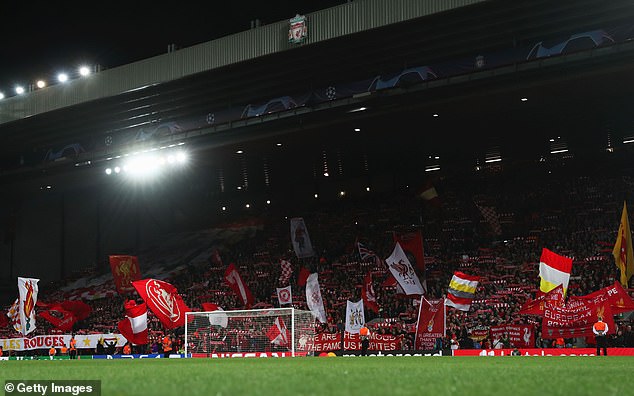 For Liverpool players, it gives you reassurance. You look around the tunnel and see every one of your team-mates up for it.

You see passion and a steely assurance without complacency. On the pitch, you know the crowd will keep behind you even if you make a small mistake like over-hitting a cross or misplacing a pass.

It lifts you, inspires you to go on the front foot. It’s significant that against Roma, we scored the first goal in a 2-0 victory after only six minutes, through Jari Litmanen.

This Napoli tie has the same dynamics as the great European nights. Liverpool must win, as they did against St Etiennne in 1977 and Olympiacos and Chelsea in 2004-05.

Napoli have great quality with players like Dries Mertens and a manager, Carlo Ancelotti, who is a Premier League and Champions League winner.

But there is nothing for Liverpool to fear. It might sound like the little boy in me, the ardent Red, but I do believe the supporters will be important. If Liverpool play anything like they did against PSG at Anfield, they will win, though I appreciate it must be by 1-0 or two clear goals to qualify.

I don’t think the effort will be diminished by Jurgen Klopp’s men being in a Premier League title race as well. For the overseas lads, like Mo Salah, nothing is bigger than the Champions League and they will be hurting by coming so close last season.

The players will also be aware that failure to qualify for the knockout stages means Thursday night football in the Europa and that can’t be good for a title challenge even if Klopp rests players. 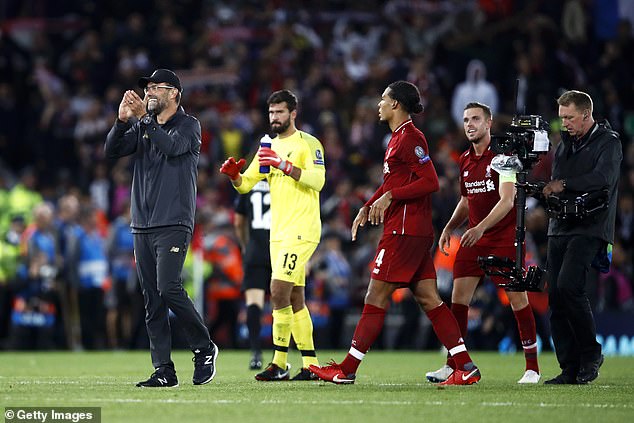 For one thing, there is never the same buzz for Sunday games as playing on a Saturday.

I don’t know why but they feel different, as if the crowd isn’t quite as up for it. Liverpool won’t want every other game in the run-in to be on a Sunday.

It also helps psychologically to be playing before your rivals, not after. If Manchester City keep winning on a Saturday, the pressure on Liverpool to deliver on a Sunday will be intensified.

If Liverpool fail against Napoli, Klopp will have to remind everyone there is all to play for in the Premier League. But that’s for after the game. With all to play for right now, everyone connected with Liverpool will be desperate to win.

I froze at Nou Camp but Harry will shine

Harry Kane deserves great credit for continually putting himself out there. He is the type of lad who wants to play, no matter what. Unless he’s on crutches or can’t get his boot on, he’s in. I love that mentality.

Anyone who plays the amount of games he does is going to have physical dips. Harry has a big frame and for him to put in the amount of effort he does will impact in some way.

But what marks him out as different is his single-mindedness, which is so strong he produces goals whether he’s playing well or not.

The fact Spurs have a chance of qualifying against Barcelona having lost their first two group games is down to Harry’s two late goals at Wembley against PSV. Next summer England will be in the Nations League finals because Harry scored at the right time against Croatia. 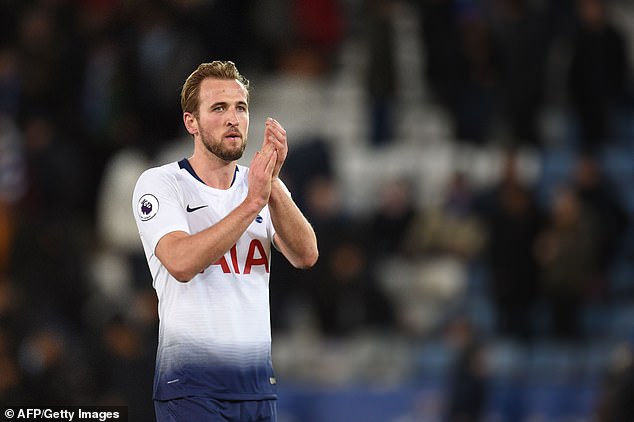 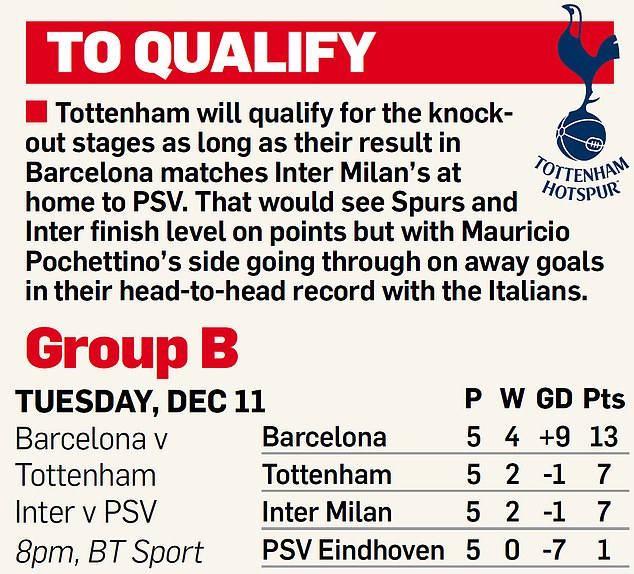 It’s why Mauricio Pochettino will never take him off during a big game, even if he hasn’t touched the ball for 20 minutes.

That said, Spurs will need more than just Harry to get a result at the Nou Camp. Barcelona have already qualified but that may give them a freedom in their play, and you don’t want to face Lionel Messi playing with freedom unless you play as a team with great concentration and tactical awareness. Pochettino has to play Toby Alderweireld at the back after his surprising exclusion against Arsenal.

I froze on my first visit to the Nou Camp playing against Rivaldo and Pep Guardiola. The ball felt like a hot potato even though I kept my position on the pitch and we got a 0-0 draw.

These Spurs players are experienced enough not to be intimidated and that has to give them a chance.