DANNY MURPHY: Liverpool must take positives from Leicester or risk losing to Leipzig

DANNY MURPHY: Downbeat Liverpool need to look on the bright side… Jurgen Klopp’s men were better than Leicester for 70 minutes and must see positives ahead of RB Leipzig clash

Liverpool need an infusion of positivity.

Ironically, their performances against Leicester on Saturday and Manchester City last weekend were far better than the limp defeats against Southampton and Brighton.

Yet the record books show two defeats and seven goals conceded against their top-four rivals.

Football is a cruel game and while they were clearly the better side against Leicester for 70 minutes, individual errors have cost them again — particularly Alisson’s rush of blood when the game was 1-1.

Liverpool were solid for 70 minutes and dominated Leicester, but football can be cruel

I had managers who considered post-match video sessions as important as training sessions and there is an important skill to them.

Instead of dwelling on the negatives, and Jurgen Klopp’s players will be low on confidence anyway, a review of the positive football they played will be a welcome tonic and reinvigorate them for the Champions League game against RB Leipzig on Tuesday.

And there are enough samples to show. Sadio Mane and Mo Salah made clever runs behind the defence. Thiago, Gini Wijnaldum and Curtis Jones were able to give Liverpool control in midfield — until the dramatic turn of events.

I don’t agree that the equaliser — scrutinised by VAR — had to be a game-changer. It was 1-1 at the time with all to play for. Alisson was wrong to race out of goal. I think he was still smarting from his mistakes at Manchester City and trying too hard to be proactive. 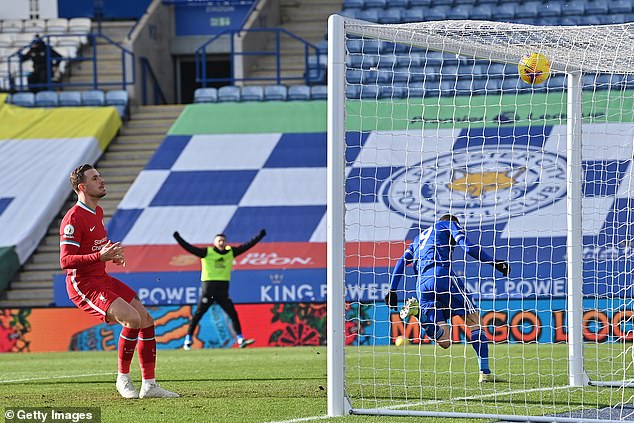 For two-thirds of the game Liverpool were the better team. They then fell apart because of a stupid mistake, just like the City match.

You have to get inside the players’ heads mentally to convince them their form is good. Performance-wise, this was much better than a few weeks ago.

The biggest danger is the players feeling sorry for themselves and going into matches fearing that every mistake will be punished. This week, rather than personnel or tactics, Klopp and his staff should be thinking about mindset — and stopping their players feeling anxious if they aren’t in the lead.

Alisson is truly in the firing line

Jordan Henderson and Alisson have been cornerstones of Liverpool’s great success. Now Henderson has had to vacate midfield to cover in defence while Alisson is making unexpected blunders.

He was ill before the City game and didn’t look right when kicking the ball straight to the opposition. You can only judge how he feels when you train with him, but I don’t think from this distance that it is a physical thing.

With a goalkeeper of his experience you have to let him play through it. It would be premature to leave him out of the Leipzig game in midweek or the Merseyside derby next weekend. Now, if things go badly again, there is a decision to make. 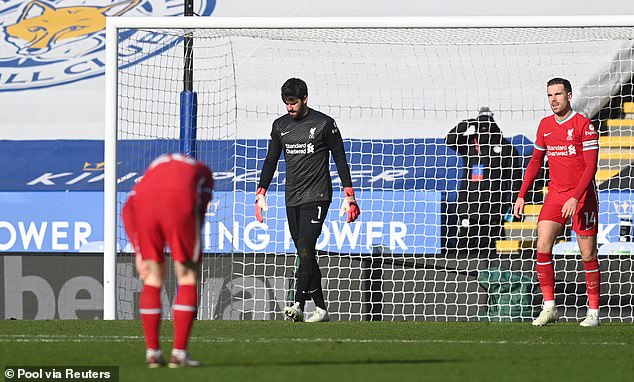 After making mistakes against Manchester City, Alisson was once again in the firing line

I understand why he would have been aware of Jamie Vardy and wanted to play higher up but he was way out of his box for the second goal.

No question Henderson is a miss in any midfield but I can see why Klopp has put him at the back. He has enough quality midfielders but he doesn’t have another centre-back that can talk, organise, make recovery runs and pass out from the back like Henderson.

It wouldn’t be right to throw in two new centre-halves together.

Leicester deserve to be where they are because of their ambition to hold on to their best players.

I’m sure Vardy, James Maddison, Wilfried Ndidi, Kasper Schmeichel and others wouldn’t look out of place at a traditional ‘Big Six’ club but the Foxes have built upon their 2016 success and are second on merit. 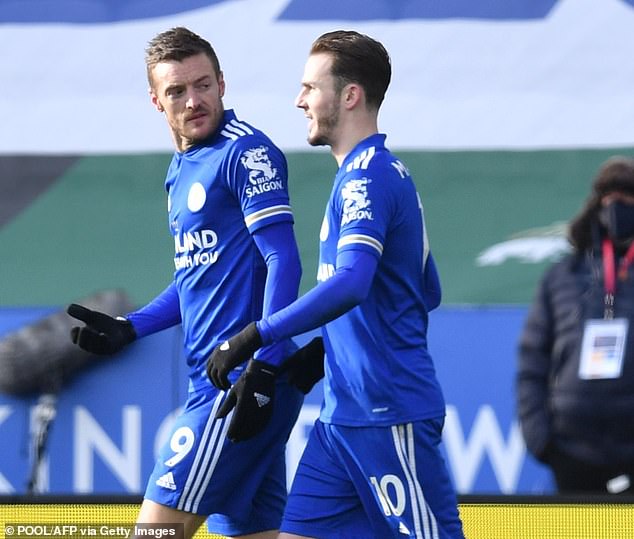 Ndidi was everywhere and disciplined when put under pressure. Leicester didn’t mind not having the ball and waited for their chances.

Ndidi is good on the ball for a holding midfielder and his game intelligence is sound.

I was sorry to hear about the passing of Klopp’s mother Elisabeth.

He may only realise with time the full impact, particularly as he was unable to attend her funeral. 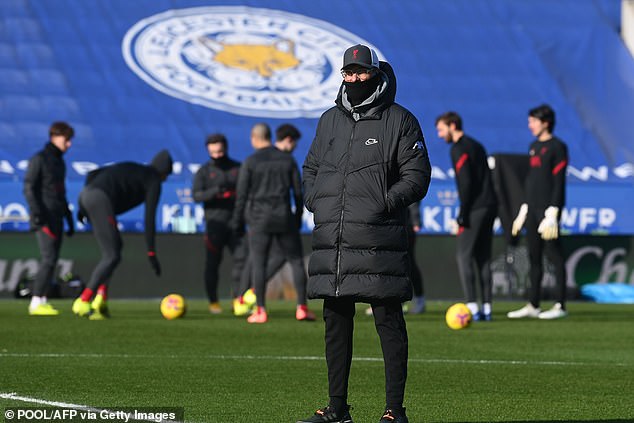 I lost my dad while I was at Spurs. He had a terminal illness. When he passed away I was training three days later and on the pitch not long after that.

It was only after I finished playing that I was able to reflect on that period properly and I went to therapy and counselling sessions that really helped.

One of the brutal things about this pandemic is being unable to say goodbye properly to loved ones.