It is difficult to do justice to how great a defensive performance that was from Chelsea.

With any tactical plan, it is easy to set it up on paper but to produce that level of concentration, discipline, mental energy, communication and fitness for 95 minutes against a team of Man City’s quality was magnificent.

It reminded me of the way France held off Belgium in the second half of their World Cup semi-final. It was monumental. It is so rare to see a team create so few chances, especially a Pep Guardiola one. 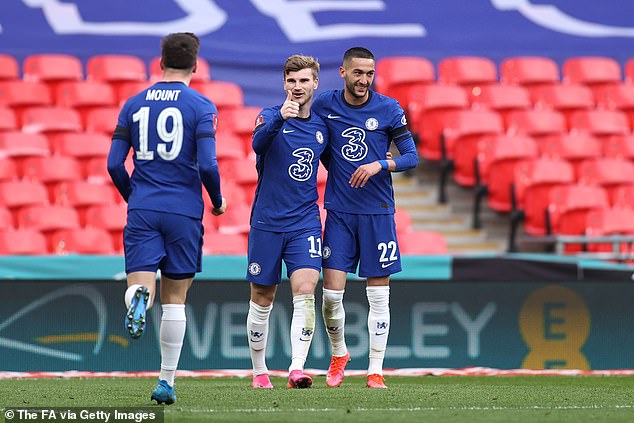 It was the perfect game plan from Thomas Tuchel. Chelsea’s back three were superb in their experience, physicality and positional play. And the two holding midfielders covered every blade of grass. It was possibly Jorginho’s best performance in a Chelsea shirt.

He and N’Golo Kante just filled all those pockets of space that City love to inhabit. They condensed the middle and did not get lulled into a false sense of security and come out on to Rodri and Fernandinho.

The plan was to keep City in front of them. Let them have the ball in front of them and to the side of them. They rarely let them get behind. If they moved up, that middle five of the back three and the holding two moved as one.

The wing-backs dropped in when they needed and suddenly the five became a seven. It was an impregnable wall of blue. 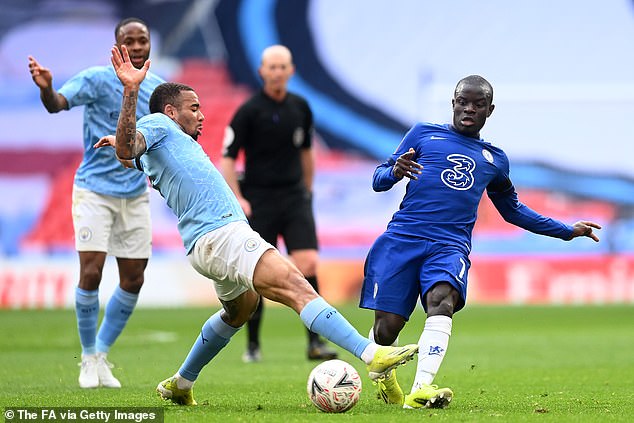 N’Golo Kante came into his own, harassing the City players and ensuring they got nowhere

They nullified Kevin De Bruyne, one of the best passers in Europe. We didn’t see much of him because of City’s shape and discipline.

City could still be there next week and they wouldn’t have scored.

But it was not just a defensive plan. The system allowed them to exploit City in attack. Because Chelsea used wing-backs, it meant Mason Mount and Hakim Ziyech could tuck inside.

So when Chelsea won the ball, their wing-backs could push on and draw City’s full backs. Mount and Ziyech were narrow, which would leave them and Timo Werner out- numbering City’s centre backs.

You have to give Tuchel credit. I think I, along with many others, was quietly hoping it wouldn’t go quite as well for him so soon to show Chelsea’s poor form earlier in the season wasn’t down to Frank Lampard but the players. Apart from their West Brom performance they have been superb. 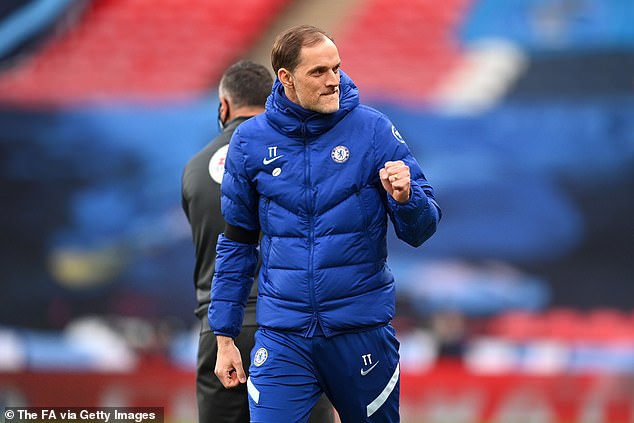 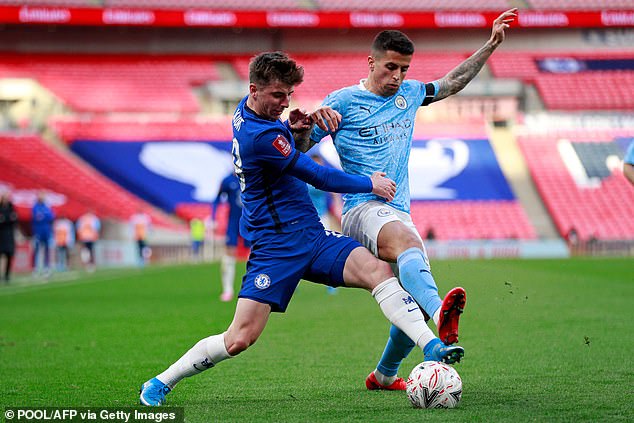 Tuchel has admitted that he inherited a super squad but the team has progressed. They have not played amazing free-flowing football but he has nailed his system down, they have been super-efficient and are now a strong bet for the FA Cup and the top four.

I can relate it to when Roy Hodgson came in at Fulham and we were doomed. He came in and nailed down one system. We worked on it every single day. We became hard to beat and confidence grew. We have seen that with Chelsea.

We sometimes get a bit fussy when it comes to City, especially if they do not hit their usual standards, but with the ability to make five substitutions I was amazed Pep left the likes of Riyad Mahrez and Bernardo Silva on the bench.

It’s a blow for City to see De Bruyne limp off but I don’t think it will affect them too much in the Premier League and the League Cup. They have Phil Foden and Ilkay Gundogan who can play.

The big blow is if De Bruyne is out of the Champions League. Against a team like Paris Saint-Germain, you need your best players available.