‘You are reminded every day that you lost the final’: Danny Rose admits sharing England squad with Liverpool players after Tottenham’s Champions League final defeat was ‘draining’

Tottenham defender Danny Rose conceded that it has been difficult to spend time around Liverpool players during England’s Nations League campaign.

England manager Gareth Southgate opted against starting any of the seven members of his squad who were involved in that game as his side lost their semi-final against Holland on Thursday.

Rose, whose future at Spurs remains uncertain, was one of six recalled for Sunday’s third-place play-off against Switzerland, which England won on penalties.

While he did not feel physically tired at the culmination of a difficult week, Rose admits that being surrounded by players who had triumphed over him and his team-mates was a bitter pill to swallow.

‘It’s not draining coming to play for your country,’ he said.

‘It is a bit draining having lost last weekend and having to share the camp with Liverpool players. You are reminded every day that you lost the final and that was a unique experience for me.

‘I have never been through that myself. I was definitely tired from a long season with my club and having to come to England didn’t help. But as I said, whenever you’re selected for England it is a great occasion. It is one I will always welcome and cherish.’ 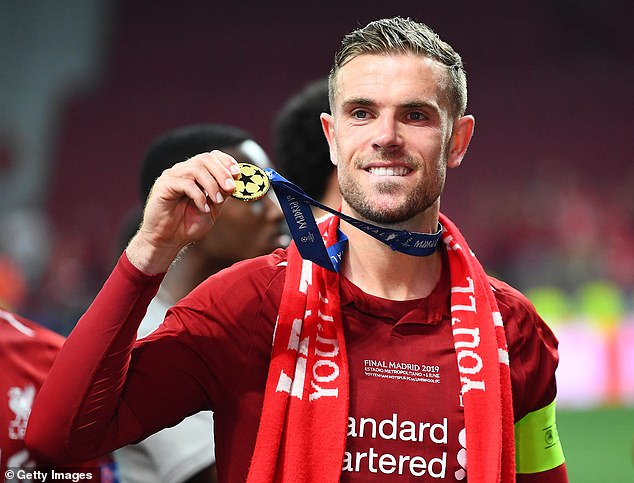 Asked how Liverpool players Jordan Henderson, Trent Alexander-Arnold and Joe Gomez had been with their Tottenham counterparts in the squad, Rose added: ‘They’ve been great.

‘We have a great squad here. I have known Jordan for 10 years now. He has been fine, we have spoken about the game.

‘Our congratulations go to them. I couldn’t have asked for either of them to have been much better than they have.’