Daredevil biker races down huge hill on just ONE WHEEL

This is the moment a daredevil cyclist performed a massive wheelie while hurtling down a hill.

Raising his front wheel off the ground, the cyclist races downhill a huge, empty road and manages to keep it in the air almost the whole way down. 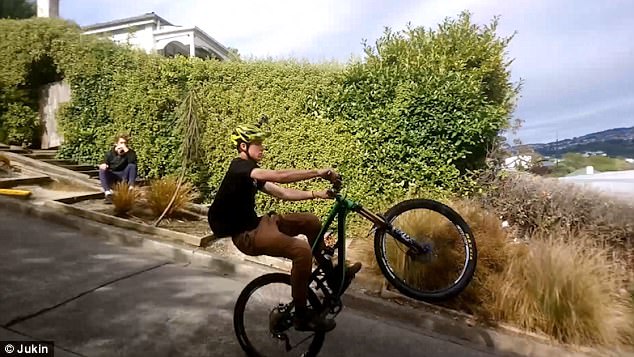 The heart-stopping footage, shot in Dunedin, shows a cyclist perform an enormous wheelie down a huge hill 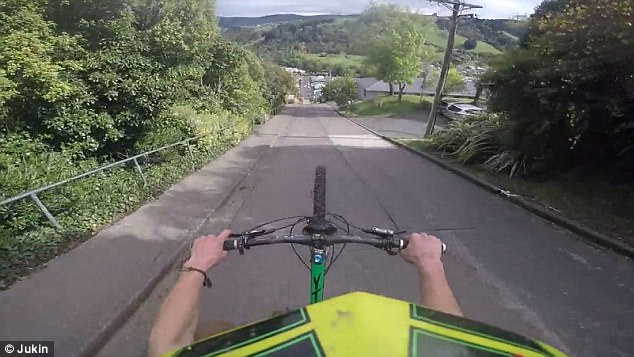 The stunt is made all the more dangerous by the fact that he’s headed for a junction.

Bystanders’ footage shows the cyclist isn’t totally averse to safety measures, as he’s worn a helmet for the perilous ride.

He drops his front wheel just before the end of the street and can be heard gasping for breath before the video cuts out.