This is the moment a young man risked death by sliding using a building site rubbish chute as a slide.

Footage shows the daredevil drop down the near-vertical chute, hitting scaffolding as it shifts before struggling free to emerge unscathed.

The clip, captioned ‘s***bag if you don’t’, was posted online by Robbie Paterson after reportedly being shot in Scotland.

It starts with the young man stood on a scaffolding platform at the top the chute as his friends shouting up to him, urging him to slide.

A male on the ground is heard saying ‘this is how folk die’, with another saying ‘you’ll no f***ing die’.

A daredevil used this waste chute at a building site, thought to be in Scotland, as a slide 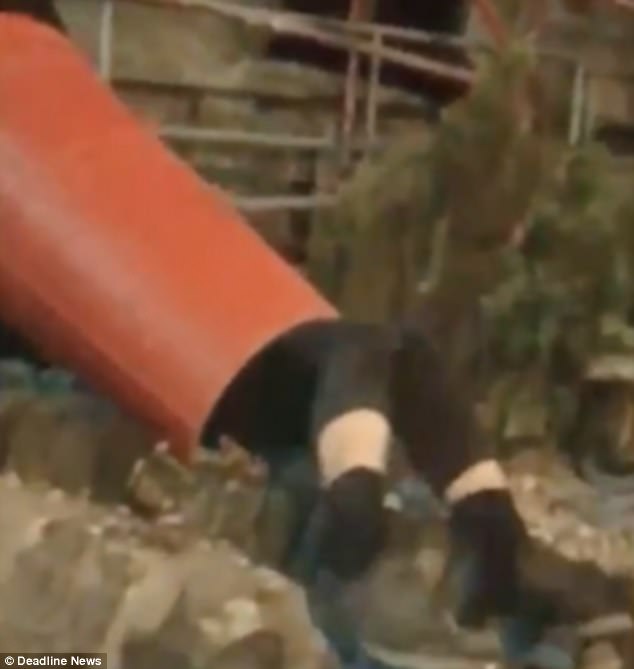 After rumbling down the chute, which bangs into scaffolding, he begins to emerge 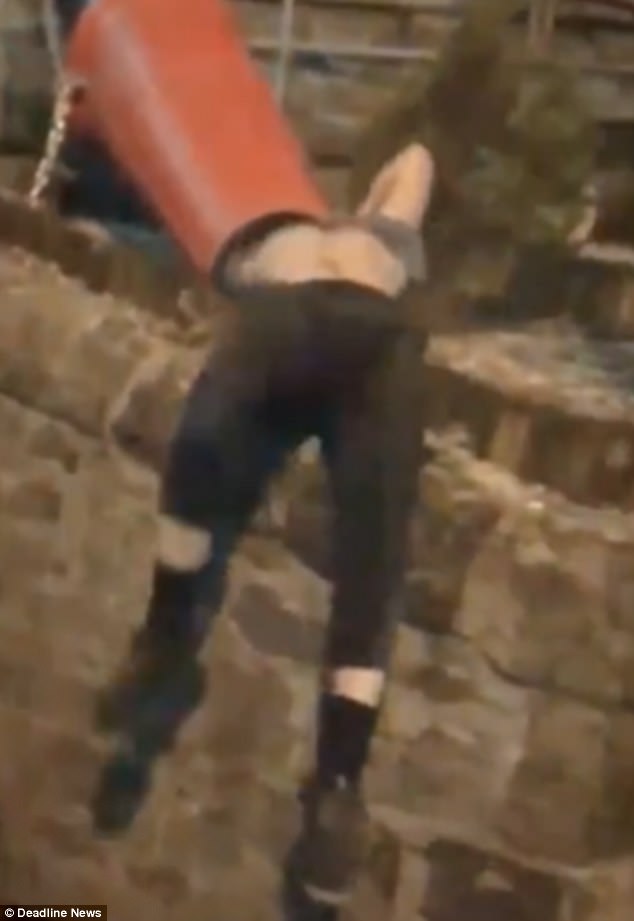 He struggles to wriggle free from the chute, which friends had dared him to use as a slide

Their friend climbs into the top of the chute, which channels waste from a building refurbishment.

As he starts to slide the person filming laughs and says ‘right go go’ as noise rumbles through the makeshift slide. 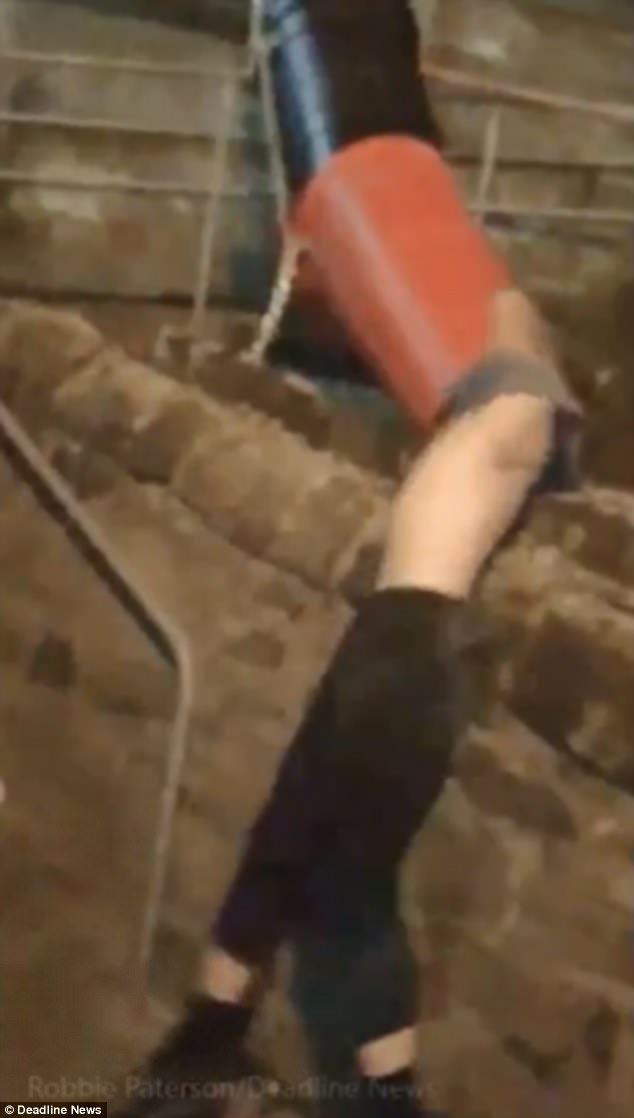 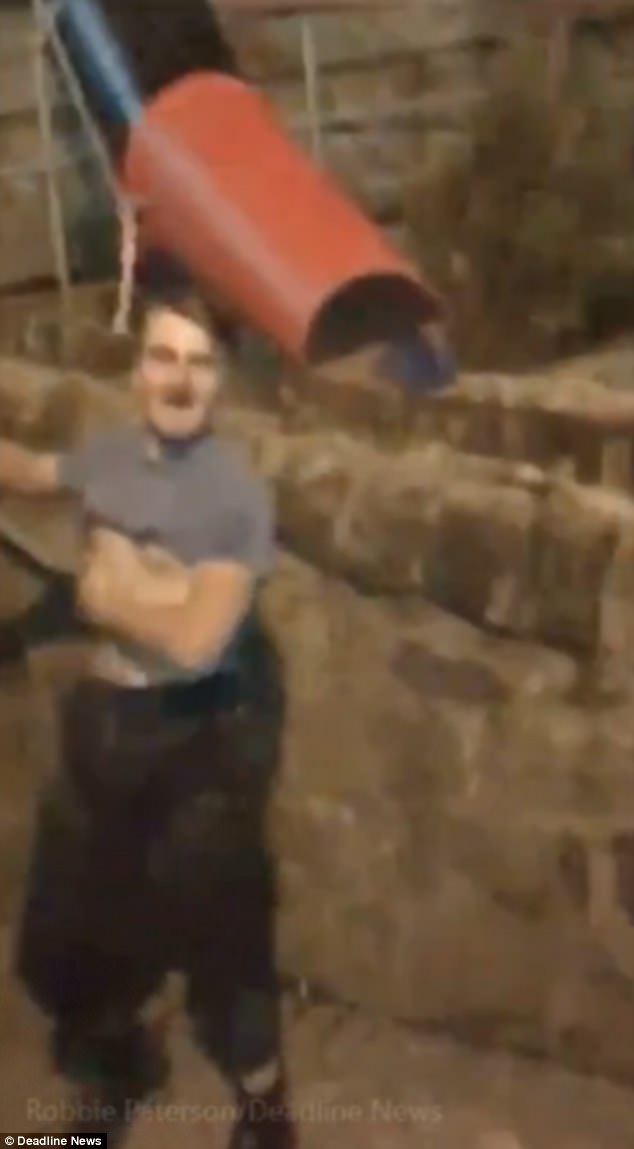 Viewers watched online as the youngster wriggles out of the chute, with @AmyJxn commenting: ‘Callin a scottish person a s****bag is how u will get them to do anything’.

And @FinlayChassar joked: ‘Hahahaha those 4 words could ruin lives’