A fearless skateboarder performed daring turns on the narrow concrete ramp of a suspension bridge 150 feet above a busy road in mesmerising footage.

Sandro Dias, 44, known as Mineirinho, carried out the stunt on the Estaiadinha Bridge in Sao Paulo, Brazil last Tuesday.

In the footage, filmed by Red Bull, Mr Dias is seen using a curved concrete structure on the suspension bridge tower as a halfpipe, with a black net in the air beneath him.

The makeshift ramp, which appears to have been resurfaced for the occasion, is ten feet wide and 20 feet high, a narrow space at that elevation.

Mr Dias said: ‘The ramp is just a little over three metres (ten feet) wide and so it almost becomes a tightrope.’

In the clip, the experienced skateboarder is seen jumping over a yellow fence at the top of the suspension bridge, before climbing up a narrow space inside the tower to reach the makeshift halfpipe.

Mr Dias then stands at the top of the concrete structure for a moment, with cars seen passing on roads far below him. 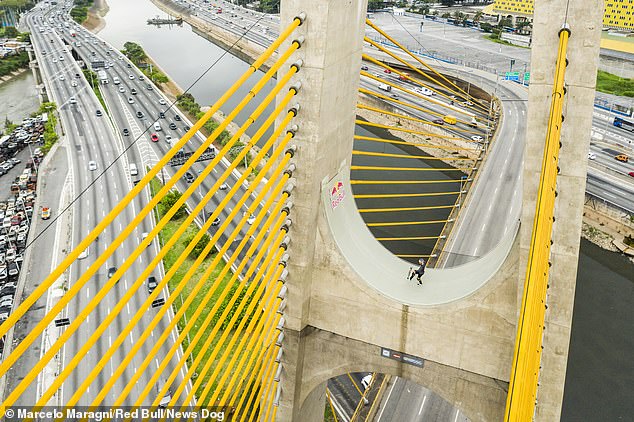 In the footage, Mr Dias uses a curved concrete structure on the suspension bridge tower (pictured) as a halfpipe 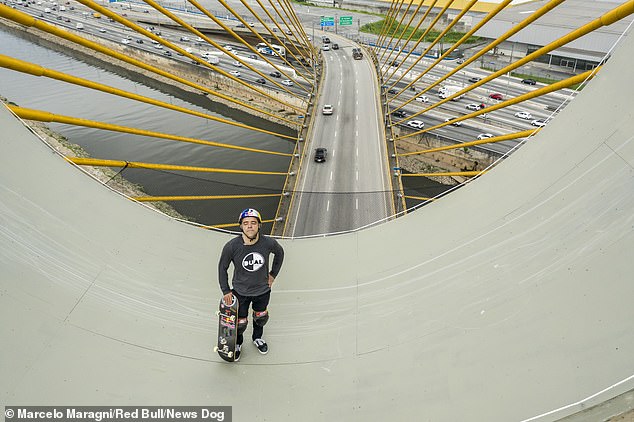 The makeshift ramp (pictured), which appears to have been resurfaced for the occasion, is ten feet wide and 20 feet high, a narrow space at that elevation 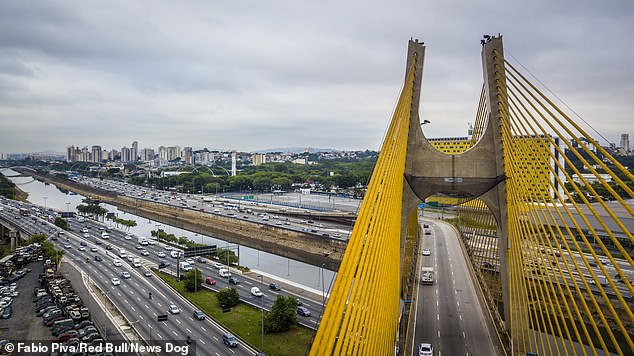 He then appears to abseil down the tower to reach the ramp, before taking to his skateboard and beginning the daring stunt.

Mr Dias even performs slight jumps and tricks as he skates back and forth along the narrow ramp.

‘One of the craziest challenges I’ve ever done’, the daredevil said. ‘It was much more psychological than technical.’ 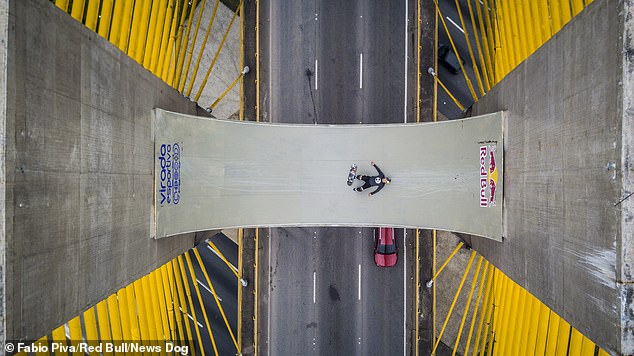 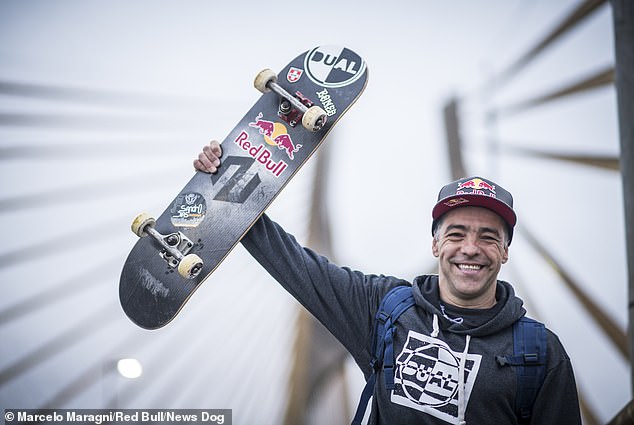 ‘I thought a lot about the situation, you have to think of everything. The feeling of doing it was one of the best I’ve felt in recent years.’

The death-defying stunt was performed to promote Virada Cultura, a festival in Sao Paulo.

Mr Dias has worked as a professional skateboarder for 25 years. He has won the world vert skateboarding titles six times and is only one of ten people confirmed to have pulled the 900 – a move that involves spinning two and a half rotations in the air.