A former Bondi cafe owner who tried to smuggle $150million worth of cocaine into Australia has been slammed for a ‘formulaic and cliched’ letter begging a judge for leniency.

Darren John Mohr, 46, was found guilty of conspiring to import 500kg of cocaine into Australia by a jury in March, and now faces the grim prospect of life behind bars.

Mohr was described as ‘senior player’ in an operation to have half a tonne of coke smuggled into Sydney via a fishing boat but was arrested while waiting for it to arrive on Christmas Day, 2016.

Mohr sat sullen and alone during a court sentencing hearing on Wednesday, in what was a far cry from the glamorous lifestyle of luxury cars and overseas holidays that he once flaunted on social media with his bikini model ex-lover.

What once was: A suited Darren John Mohr and his bikini model ex-girlfriend Krissy Marsh with a white Rolls Royce prior to his Christmas Day arrest in 2016 after a flopped coke importation 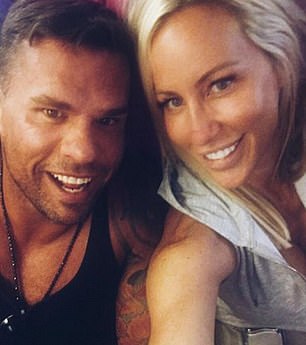 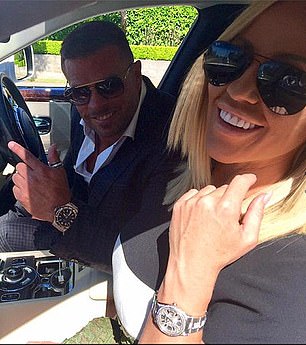 Mohr and Marsh show off designer watches on their way to a family wedding in a Rolls Royce. Life is now very different 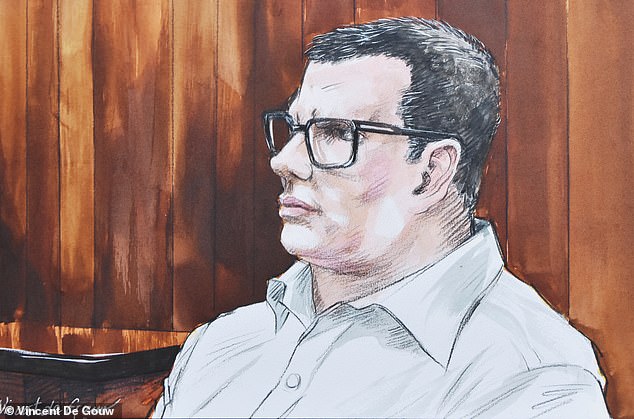 ‘I will carry the weight of my poor decision forever’: Mohr – who penned a letter to the judge – is seen as he appeared in the New South Wales Supreme Court on Wednesday

During the hearing, prosecutor Michelle England branded Mohr a liar, claimed ‘pretty much everything’ he says is self-serving and criticised a letter of ‘remorse’ he wrote to Justice Helen Wilson.

As Mohr squinted across the room at her through a pair of glasses, Ms England read out extracts from his plea for leniency.

The letter, obtained exclusively by Daily Mail Australia, began: ‘Your Honour, as I roll over and look at the clock it reads 3.55am.

‘I have been awake with my thoughts for some time’.

Ms England commentated that he was implying he was ‘lying awake, thinking about this’, and continued reading his plea to the court.

‘Prior to my offending,’ he says, ‘I have worked continuously very hard to get to where I was and with one stupid decision I’ve lost it all.’

Your Honour, as I roll over and look at the clock it reads 3.55am. I have been awake with my thoughts for some time’.

Darren Mohr in a letter to the court

But Ms England told the court what Mohr did – travelling to three continents to organise the importation – wasn’t an ‘impulsive’ criminal act.

‘The characterisation of the offending was that it was stupidity.

‘There was no awareness there of the criminality involved, ‘(just) one stupid decision,’ she told the court.

The prosecutor said: ‘There’s no real acknowledgment about his role in this specific conspiracy.

‘I would go further and submit the expressions of remorse are clichéd and formulaic.’

In Mohr’s letter, he said he had ‘brought shame’ on his family name and ‘will carry the weight of this poor decision forever’.

‘I never wanted to be a criminal,’ he wrote.

‘I stayed out of trouble nearly all my life and truly wanted to just be a normal man and settle down with a family.

‘I never went looking for these kinds of things however, when an opportunity was offered I regretfully took it.

‘I can say no more than I am truly sorry and will carry the weight of this poor decision forever.’ 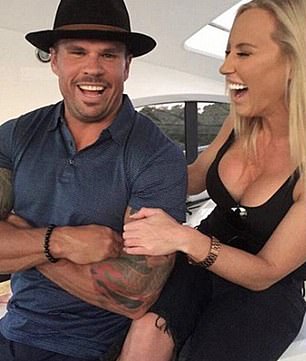 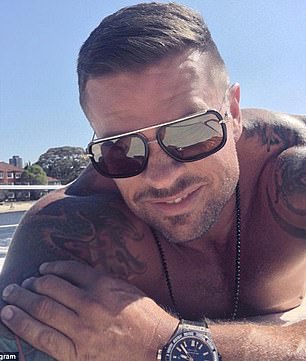 Mohr was long time friends with Ms Marsh before they began a relationship. On right, he suns himself on a boat 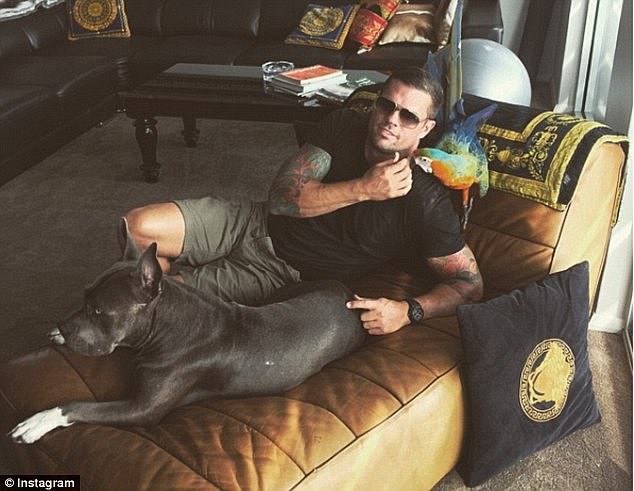 The drug smuggling conspirator reclines on a luxury couch with an exotic bird and a dog prior to his arrest, above

‘As I roll over and look at the clock it reads 3.55am. I have been awake with my thoughts for some time.

‘It is during these hours that I reflect on the chain of events that have led me here.

‘I am writing this letter to you in the hope that you will consider what I have written when imposing a sentence on me.

‘For two years I was under house arrest thinking nothing of my defence. Only now have I truly realised the weight of my actions and the mistakes I have made.

‘I accept the part I had to play in the conspiracy and have taken responsibility for my actions in it.

‘I never wanted to be a criminal. I stayed out of trouble nearly all my life and truly wanted to just be a normal man and settle down with a family. 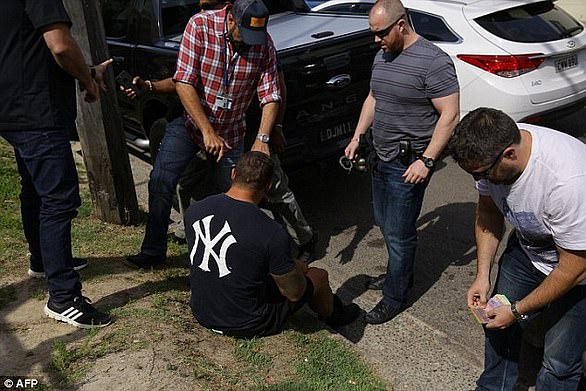 ‘I never went looking for these kinds of things however, when an opportunity was offered I regretfully took it.

‘I can say no more than I am truly sorry and will carry the weight of this poor decision forever.

‘I’ve had nearly four months since my trial which has given me plenty of time to think of the effects of my actions.

‘I have brought shame to a family name that has always made me and my closest loved ones immensely proud….

‘During my recent time in Gaol I have experienced the knock on effects of drugs and how it affects peoples’ lives.

‘;I have seen families ruined, health destruction, violence and the immense burden drugs financially bring on the Australian people.’

‘Prior to my offending I had worked continuously and very hard to get to where I was and with one decision I have lost it all ….

‘I had become reckless and the value I had on my life was diminished.’

‘The time I have spent in gaol has not been wasted. I have held down a job and work with main and protection inmates. 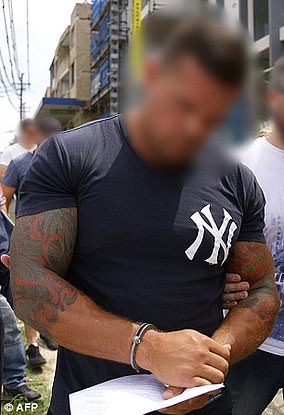 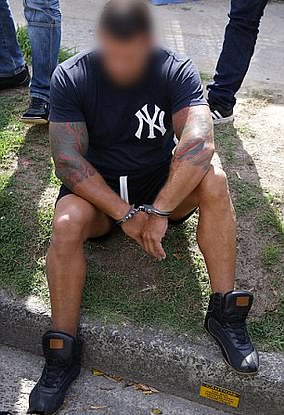 Locked up: Police slapped handcuffs on Mohr (left) after arresting him over the coke bust in December 2016 and sat him in the gutter (right)

‘I feel that upon my release I will be more focused on re-entering the workforce and becoming a productive member of society again.

‘I will take it upon myself to repair the damage I have done both to my family and the community.

‘I apologise to Your Honour and the community for what I have done. I am genuinely sorry for the part I played in trying to bring drugs into this country and potentially harming so many.

‘I have taken responsibility for these actions and will accept whatever punishment Your Honour feels necessary.

A court previously heard Mohr’s group sought to take a vessel docked at Sydney Fish Markets into international waters to meet a ‘mother ship’ from Chile.

It was there, at sea, when a half-tonne of cocaine would be loaded upon the Dalrymple ship. However, the ship returned to shore without the goods.

He was arrested on Christmas Day in 2016. He was found guilty of the single charge of conspiracy in March and now faces sentencing.

The court on Wednesday heard evidence Mohr had grown up with ‘financially privileged peers’ where he couldn’t afford certain luxuries and was known for his work ethic among his family.

But the prosecutor said: ‘We don’t know why he didn’t pursue those focuses through legitimate means – why he felt the need or compulsion to import 500kg of cocaine.’

Ms England said the only explanation she could make for his behaviour was greed.

Mohr’s defence counsel, Grant Brady SC, told the court that his client was just being ‘really honest’ in evidence before the court on sentencing.

Judge Wilson said the evidence he gave at trial seemed to be an ‘elaborate fraud’ and asked if sentencing evidence before the court was another attempt to manipulate it. 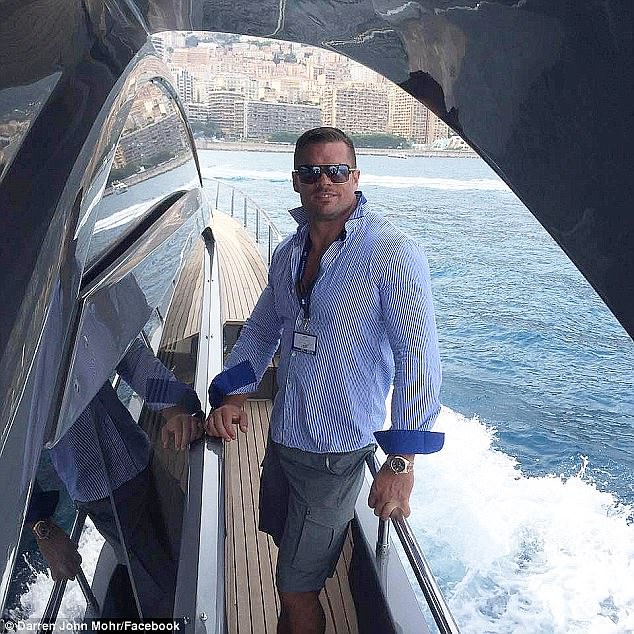 ‘Your Honour would not come to that finding,’ MR Bradys aid.

He said part of Mohr’s personality was ‘narcissistic, ego-driven behaviour’, driven by ‘power and money’.

Mr Brady spoke extensively about where his client placed in terms of his role in the syndicate. The Crown suggested he was a ‘senior’ figure in the crew.

Mohr faces a maximum sentence of life in jail.

He will be sentenced on Friday.