This is the terrifying moment a car crashes into another vehicle on a busy main road before careering off in another direction and ramming into it again twice.

Dash cam footage from the A38 in Plymouth at around 11am on Sunday shows a black Seat deliberately smashing into the white Ford beside it in moving traffic.

The Seat then shoots off in another direction before returning to the same car to ram into it twice.

Police arrested a man on suspicion of a public order offence and kept him in custody. 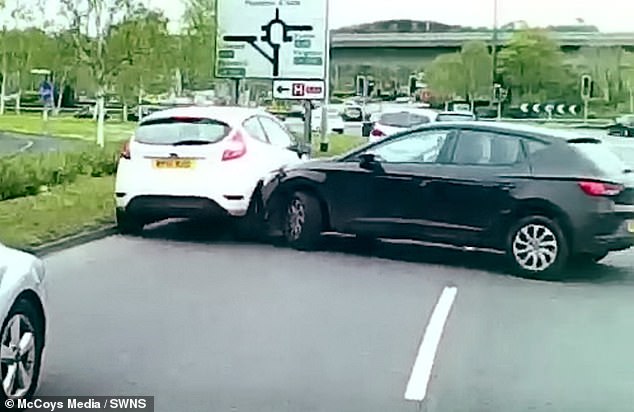 Devon and Cornwall Police said in a statement: ‘A male [driver] has crashed into vehicles by Sainsbury’s. A black Seat has rammed lots of vehicles. One is in custody for a public order offence.’

The force added that another four vehicles were also targeted and a woman treated by paramedics after suffering neck pain.

The video clip from another driver’s car shows the Seat travelling in the left-hand lane of the A38 at Forder’s Valley, Devon.

Suddenly the black car darts into the middle lane, hitting the white Ford.

The impact sends the Seat shooting in the other direction, visibly damaged. 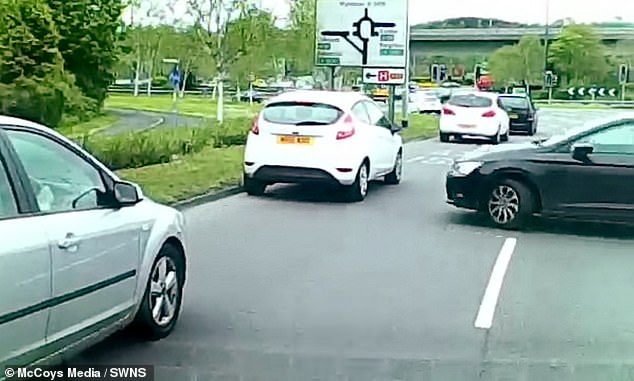 After the second ram attempt, the black Seat driver approaches the white Ford for a third time 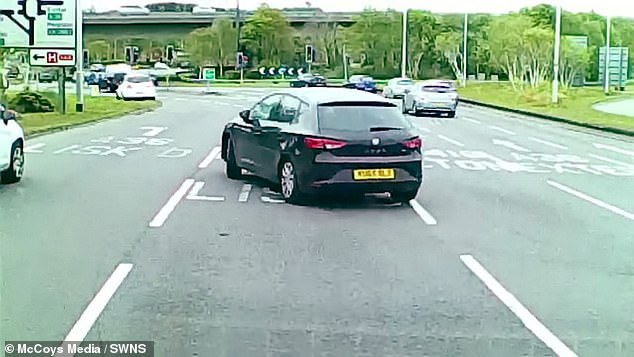 It then drives on towards a nearby roundabout in Forder Valley, Plymouth Devon. The driver was arrested on suspicion of a public order offence

But seconds later it comes back into view and rams the same white car another two times.

The driver who captured the shocking incident with his dash cam said: ‘I was driving home after a day in town and a black car smashed into this one white car on my way home outside Sainsbury’s.

‘It was very scary because he kept ramming the car. He was also shouting something’.

Another person who drove past the collision said: ‘A huge crash on the marsh mills roundabout I’ve just drove past, looks like it’s gonna be there a while as cars are smashed up badly, looks like a few cars involved too.’ 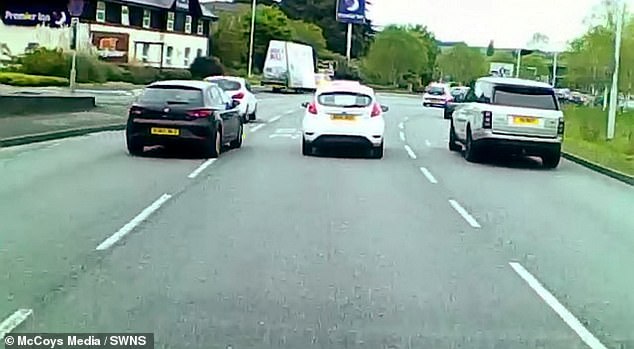 The black Seat had been driving in the left-hand lane of the A38 in Plymouth, before smashing into the white Ford in the centre lane